International Open Data Day is Saturday, March 4th, and you’re invited! Seven years on from the first version of this global effort to convene members of the public interested in increasing access to information online, there are now 257 Open Data Day events registered around the world.

As in past years, one of them will be in DC! 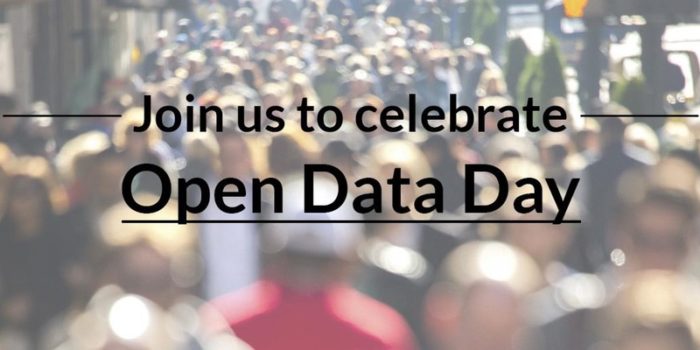 The Center for Open Data Enterprise, the Scholarly Publishing and Academic Resources Coalition (SPARC) and the Sunlight Foundation have taken up the baton from the dedicated organizers who have made Open Data Day DC such a great event over the past five years and convening the 2017 version at the OpenGov Hub. If you haven’t visited before, the Hub is at Suite 500 of 1110 Vermont Ave NW.

This year’s event will feature an Open Data Happy Hour on Friday, March 3rd, from 5:00 – 7:00 PM, where we’ll kick off the Open Data Day Celebration with lightning talks, snacks and beer. [RSVP]

On Saturday, March 4th, from 1:00-5:00 PM, please join us for an afternoon of conversations and collaboration Open Data Impact. We’ve put together two panel discussions with government and civil society representatives, followed by a breakout sessions for  attendees to participate and collaboration in global efforts to open up and apply data . [RSVP]

We know that many people have questions about the state of open data in the United States under this new administration. So do we!

As we said last fall, in cities, states and countries around the world, the public increasingly expects that government information should be freely accessible to the public online. In 2017, however, we have now seen some federal government data removed from the Internet.

In many of places, open has shifted further towards the default. In the United States, a “presumption of openness” is now part of American law, with the reforms to the Freedom of Information Act enacted by Congress and signed into law by President Barack Obama last year. How FOIA and federal records laws are interpreted will be a crucial point of public interest this year.

Please join us to discuss, debate, decode and decide which way and how the arc of openness should bend in the months ahead.