In today’s edition, we look at Vice President Mike Pence’s private AOL account, check in on U.S. Attorney General Jeff Sessions, and share a series of stories on data access… 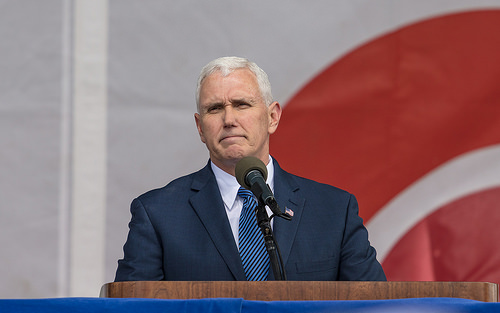 As we shared on our Facebook page last night: “Emails released to IndyStar in response to a public records request show Pence communicated via his personal AOL account with top advisers on topics ranging from security gates at the governor’s residence to the state’s response to terror attacks across the globe,” reports Tony Cook for the IndyStar.

As Cook reported, Indiana’s public records law “does not prohibit public officials from using personal email accounts, although the law is generally interpreted to mean that official business conducted on private email must be retained for public record purposes.”

The expectation across state and federal government is that officials will try to use government email servers and government mobile devices for public business and preserve any messaging on private systems and personal devices. Some statutes require that records be archived from such systems within weeks, as with the Presidential Records Act.

In response to the IndyStar’s request for comment, Pence’s office in Washington released the following statement: “Similar to previous governors, during his time as Governor of Indiana, Mike Pence maintained a state email account and a personal email account. As Governor, Mr. Pence fully complied with Indiana law regarding email use and retention. Government emails involving his state and personal accounts are being archived by the state consistent with Indiana law, and are being managed according to Indiana’s Access to Public Records Act.”

If all of these emails have been over and are being archived, that’s good for filling out the full history of Governor Pence’s record in office and long-term accountability. We hope he and other officials in the Trump administration will keep public business on public servers during their federal service.

As we’ve highlighted again and again over the past decade, public officials using private email for public business is nothing new.In most situations, the onus is on the official to make sure those messages are turned over to a government institution to be indexed and archived, so that, among other things, they will be discoverable to public records requests.

Notably, the California Supreme Court ruled Thursday that state and local officials must disclose public records even if those ‘writings’ are held on private devices or accounts. The City of San Jose and the County of Santa Clara had argued that such records could be exempted from the California Public Records Act.” (Ars Technica)

When those emails aren’t available on state servers to be searched, it effectively enables a public servant to evade accountability. (IndyStar)

Florida may be the Sunshine State, but California is letting the sunshine into servers: “The California Supreme Court ruled Thursday that state and local officials must disclose public records even if those ‘writings’ are held on private devices or accounts. The City of San Jose and the County of Santa Clara had argued that such records could be exempted from the California Public Records Act.” (Ars Technica)

Oklahoma public records law is going to get more sunlight: “An environmental group and several Democratic senators are demanding a review of the personal email account of Scott Pruitt, the administrator of the Environmental Protection Agency, after he said during confirmation hearings that he never used that account for official business as Oklahoma state attorney general.”

Last month, an initial tranche of 411 emails were released by the Oklahoma attorney general’s office, responding to a judge’s decision in a lawsuit for Pruitt’s email filed under Oklahoma’s Open Records Act by the Center for Media and Democracy, that show Pruitt was using a personal email address to correspond with outside groups.

“The emails copied to Pruitt’s personal account included ones from the American Legislative Exchange Council (ALEC), a corporate-backed group that focuses on state legislatures; the American Fuel & Petrochemical Manufacturers, which has substantial interests in EPA issues; and members of Pruitt’s staff.” (Washington Post)

U.S. Attorney General Jeff Sessions recused himself from any investigation into allegations “that Russia meddled in the 2016 presidential elections” after revelations that he had met with the Russian Ambassador to the U.S. several times in the lead up to the election. Sessions did not disclose the meetings during hearings to weigh his nomination as Attorney General. Sessions claims he met with the ambassador in his capacity as a Senator and not as a top surrogate for Donald Trump’s campaign. (New York Times)

Sunlight’s Alex Howard reflected on the Global Open Data for Agriculture and Nutrition’s (GODAN) “ambitious and important goals,” calling on organizations that cast an optimistic light on the role of open data to recognize how copyright, proprietary standards, and powerful industrial interests keep agriculture and nutrition data closed.

“Where freedom of information laws exist, they also provide useful guidelines for deciding when it is in the public interest to redact information. Nations that do not have privacy laws on the books must think through the potential harms of releasing data about the public. Mosaic effects resulting from combining different existing sources of public data and the presumption of harm standard that is familiar to journalists and advocates.