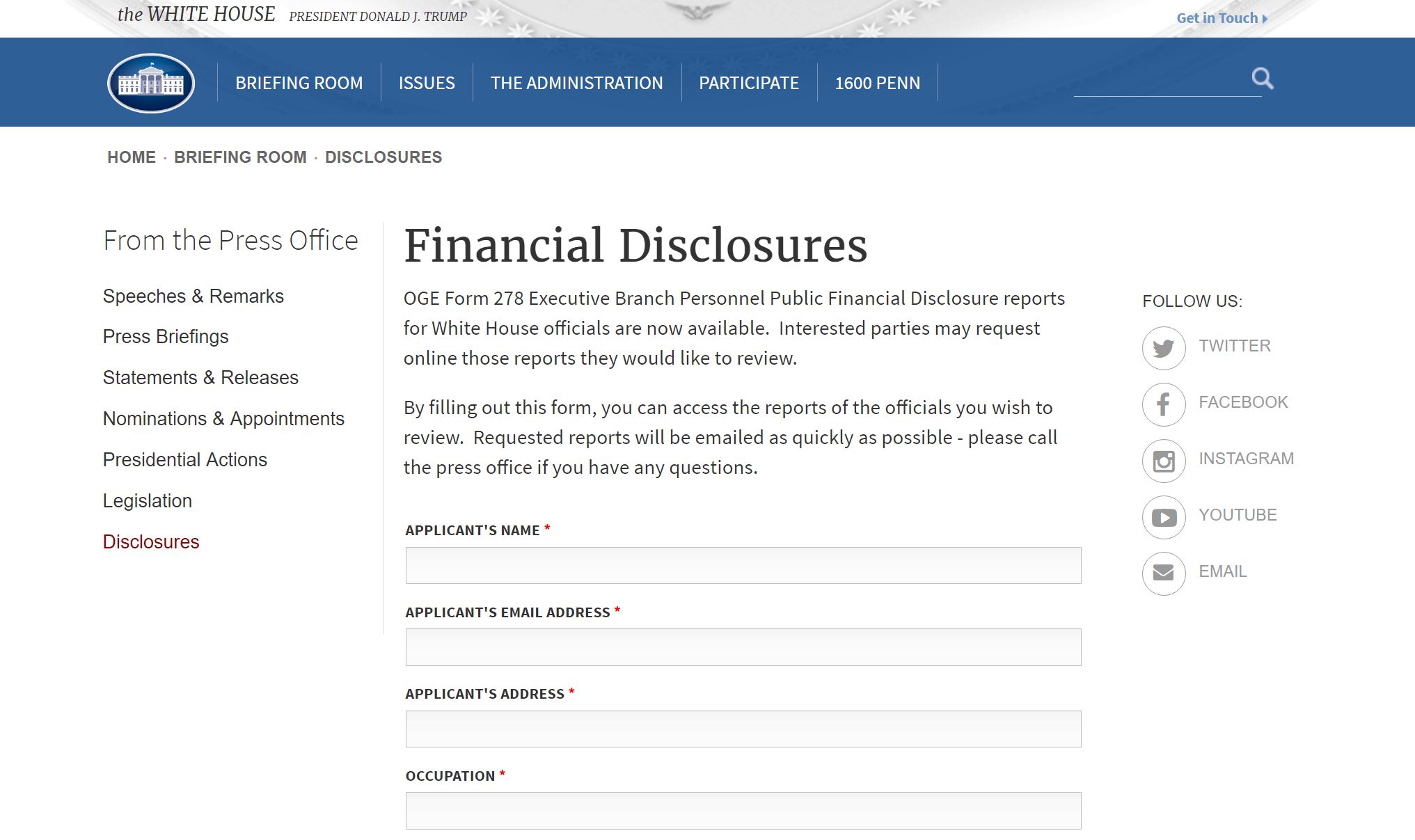 The White House made financial disclosure forms available late on Friday, but they didn't post them online

. Instead, they required interested parties to fill out a form requesting specific documents, which where then distributed via email. This approach is far from optimal, as ProPublica explained: "the White House required a separate request for each staffer’s disclosure. And they didn’t give the names of the staffers, leaving us to guess who had filed disclosures, a kind of Transparency Bingo."

ProPublica, the New York Times, and the Associated Press are teaming up to post all the files online in a public Google Drive folder. They are also encouraging their readers to dig through the files and share any interesting tidbits they notice.

Among other information, the disclosures reveal that senior adviser Gary Cohn, formerly president of Goldman Sachs, is worth at least $250 million (Bloomberg), a number of staffers profited healthily from the flood of political cash unleashed following the 2010 Citizens United decision (New York Times), and Jared Kushner and Ivanka Trump are holding on to real estate worth hundreds of millions of dollars despite their official White House Jobs (USA Today) 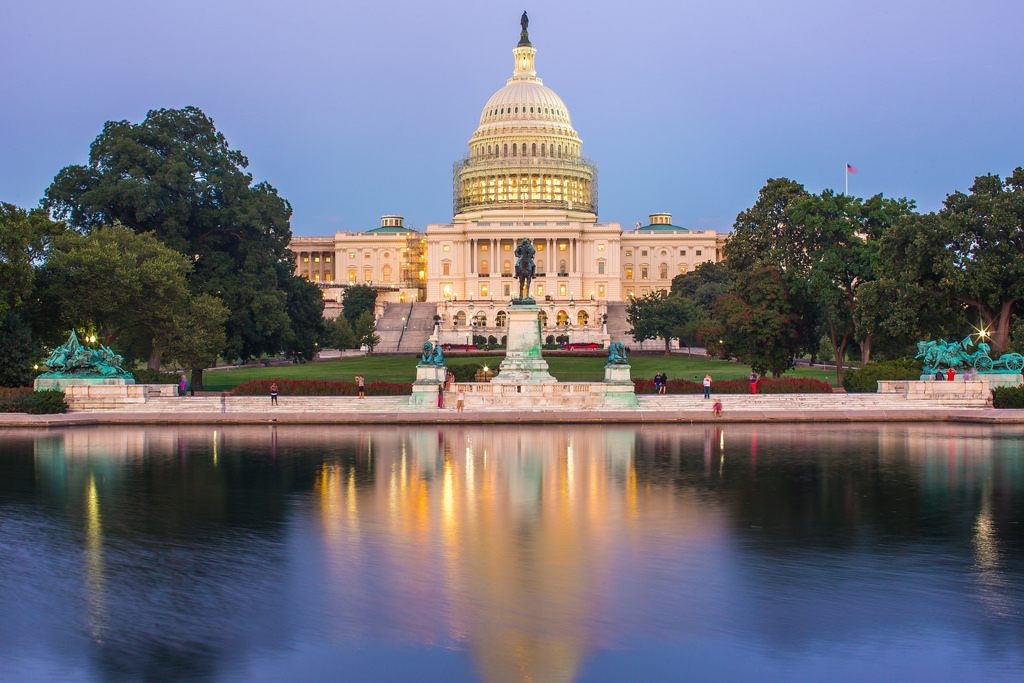 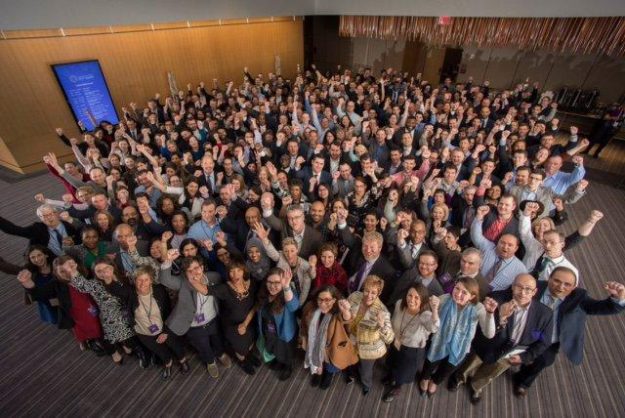