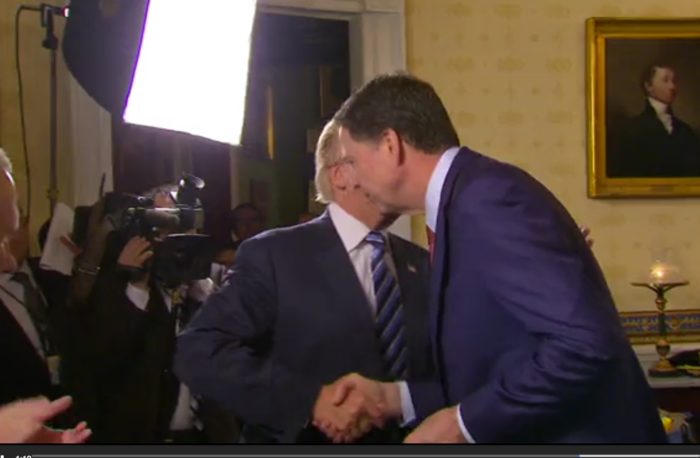 President Donald J. Trump has now dramatically deepened the crisis of public faith in his administration by abruptly firing James Comey, the director of the Federal Bureau of Investigation, while the president’s campaign was under active, ongoing investigation by the department.

The Sunlight Foundation renews our calls for an independent commission in Congress to investigate Russian interference in the 2016 election and possible collusion with the Trump campaign. We now call on the Department of Justice to appoint a special prosecutor and to seal Director Comey’s records. Congress must use its powers as a separate, co-equal branch of government to check an executive run amok.

After promising to prosecute his opponent, cheering on the unprecedented theft and disclosure of her campaign manager’s correspondence during the Presidential election, and bringing unprecedented, secret conflicts of interest to White House, Comey’s firing suggests President Trump is now incapable of restoring public trust in the face of investigations into his election.

Trump’s false claims about fraudulent votes or that the FBI investigation are a “hoax” – in the face of grand jury subpoenas  – have demonstrated a disregard for public accountability that has now spread beyond rhetoric to explicit interference.

On questions of ethics, transparency, accountability and press freedom, President Trump has consistently chosen his own power and authority over the stability of our political system and the public’s right to know.

By firing Director Comey, the Trump administration has sent a clear message to Congress: without independent oversight, even fundamental questions of accountability will decay into impunity and political interference under President Trump’s leadership.