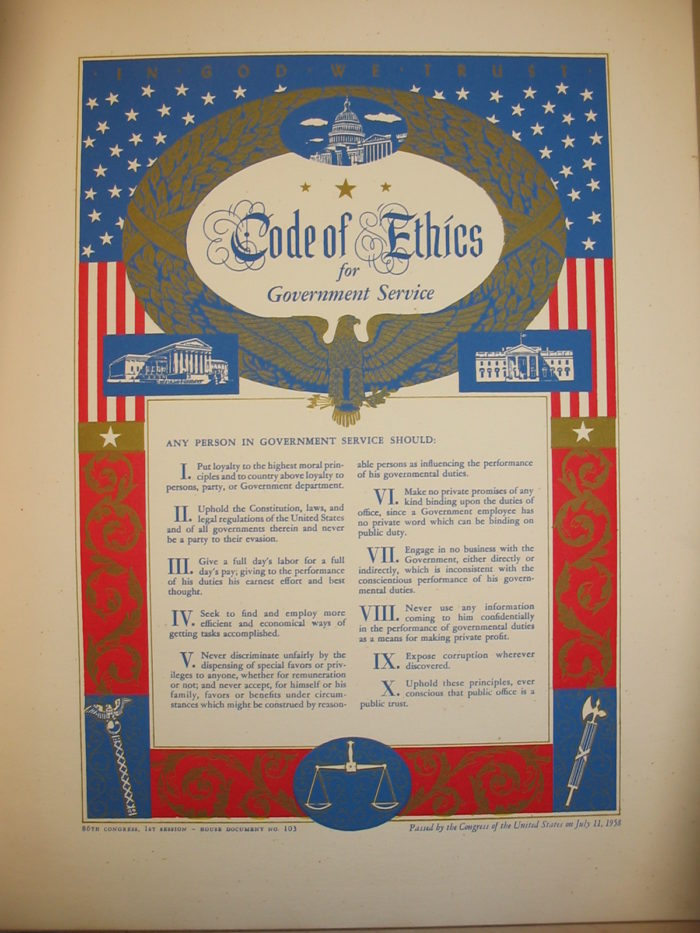 On Friday, the Office of Government Ethics requested documentation of ethics waivers issued from all federal agencies in a memorandum. The deadline is June 1st.

The federal agency has been inundated with public requests to address ethics concerns in the Trump administration, with more inquiries flooding in last week prompted by reports of secret waivers. The Office of Government Ethics graphically illustrated the volume of public response in a tweet in April.

Unfortunately, that’s not a surprise.

We told Congress in February that President Trump’s executive order on ethics was a step backwards for open government, as it “removed a mechanism requiring ethics waivers to be publicly disclosed and published online and allowed former executive branch officials to lobby the agencies they served in.”

We hope the House Oversight Committee recommits to ensuring transparency and accountability are being upheld across the executive branch. That means holding hearings regarding secret ethics waivers and using the legal power Congress has to do what OGE cannot: oversee the Trump administration’s adherence to the Ethics in Government Act of 1978. This law was passed after the Watergate scandal, creating mandatory public disclosure requirements for the financial and work history of federal officials and their families.

Given the unprecedented conflicts of interest that remain unresolved in the Trump White House, Congressional oversight of these issues may be more important than it has been since President Nixon left in office.

Public trust in government is at risk, as is the ability of the United States to credibly lead on anti-corruption efforts globally.