The Prime Minister of Pakistan has resigned from office after the Supreme Court unanimously ruled he was unfit from office. Nawaz Sharif was the subject of a corruption investigation into his family’s wealth catalyzed by the publication of the Panama Papers. 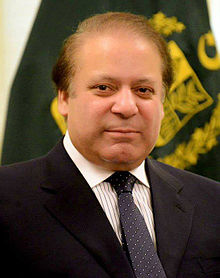 The history just made in Pakistan is a welcome validation of that nation’s (relatively) young democracy and the institutions that keep it healthy.

A free press that is able to investigate and access and publish information under the law matter to democracy: journalism makes corruption, fraud, waste and abuse transparent to the public and the people’s representatives in a legislature. This disqualification of Pakistan’s prime minister is a validation of the importance of the Panama Papers and continuing impact of that investigation.

An independent judiciary and criminal justice system matter to democracy: prosecutors investigate accusations to bring suit in a court of law, where justices can rule upon whether an individual broke the law, holding that person accountable, in any office in the land.

To paraphrase President Theodore Roosevelt, in a healthy democratic state, no human is above the law, nor below it, nor do we seek that person’s permission when we expect them to obey.

The peaceful impeachment or resignation of elected leaders is a hallmark of countries of, by and for the people. Coups, putsches and revolution characterize political transitions to or from authoritarian and fascist governments.

Now that Pakistan has been able hold its prime minister accountable, we hope that the political transition ahead and the country’s participation in the Open Government Partnership leads to better governance for its people.