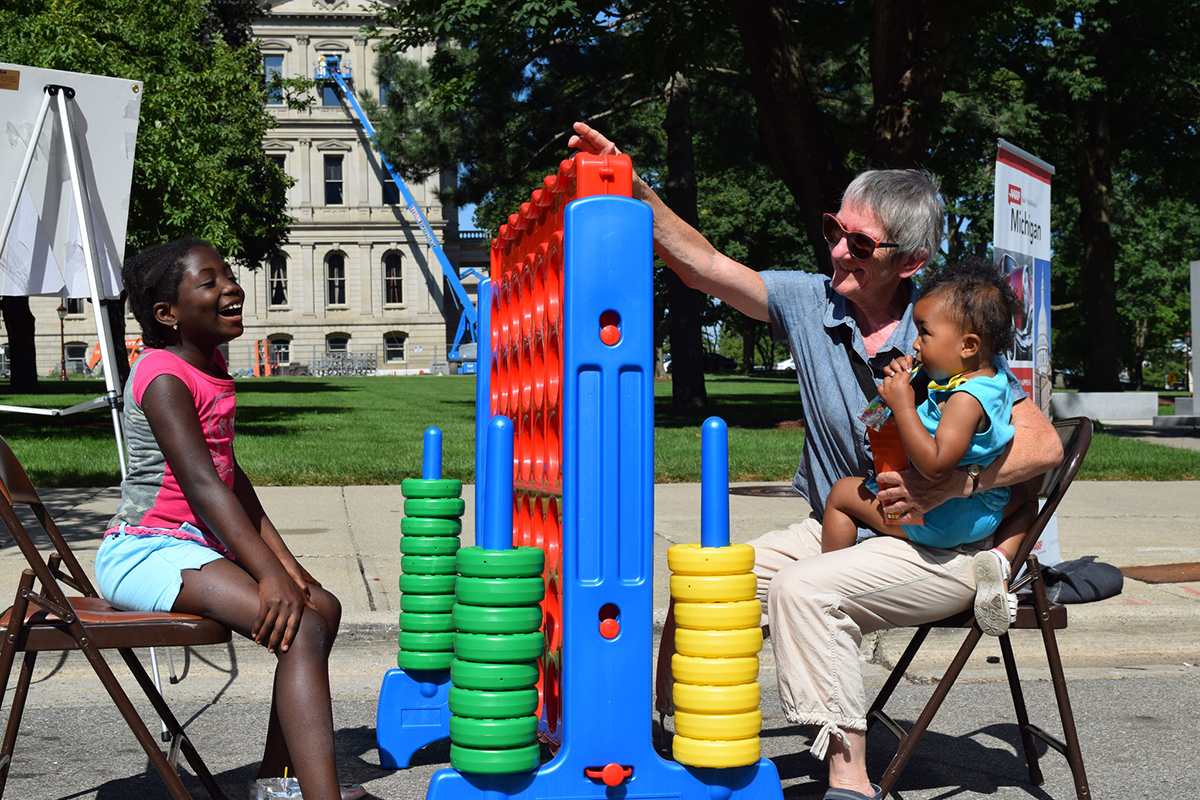 Today is PARK(ing) Day, the annual, global event where artists, designers, and residents transform parking spots into temporary public parks. The first PARK(ing) Day was in San Francisco in 2005, when Rebar came up with the idea. In the decade since, nearly 1,000 “parklets” have been created in 162 cities in 25 different countries.

PARK(ing) Day and parklets are some of the original examples of what planners and neighborhood advocates call “tactical urbanism,” which applies flexible, short-term projects to advance long-term civic goals like street safety, public health, and economic activity. Tactical urbanism’s emphasis on low-cost projects that can be easily changed based on resident feedback and observed behavior gives communities a chance to think creatively about how public spaces are built. At its most radical, residents themselves are empowered to directly improve public space. In more official versions, public agencies, like departments of transportation, can apply tactical urbanism to try an idea and see how the community reacts before making it permanent. In many cases, communities have liked these temporary interventions so much they decided to make them permanent.

To that end, tactical urbanism has a lot to teach open data advocates. Here are a few of the ideas that inspired us.

Nearly every tactical urbanism intervention—whether it’s a pop-up park or a crosswalk where there wasn’t one before—recognizes and responds to people’s real-world needs. People need a place to sit or to cross the street safely. Tactical urbanism focuses on meeting those needs.

Tactical data engagement works the same way. It starts with the question of: What do people in my community need right now? Everything should flow from there.

Like a vacant lot or extra road width, underused government data is a public asset that can be leveraged to make the community better. Tactical urbanism and Tactical Data Engagement are both about making the most of those assets.

Get out from behind the dashboard

Tactical urbanism encourages planners and city leaders to get out from behind the dashboard of their car and to remember that people should be able to walk, bike, sit, play, read, and connect in public spaces, too.

Tactical data engagement similarly encourages leaders to get out from behind their data dashboards and get together with residents. Rather than focusing solely on building and maintaining an online platform for open data, consider what your community needs right now and the easiest way open data can help meet those needs. And like with tactical urbanism, being physically in the same room together usually makes this process go best.

Use the micro to inform the macro

Tactical urbanism is an outstanding way to test big ideas at a small, manageable scale. Before painting bike lanes throughout a city, you can use a tactical urbanism approach to see how residents responds to a few blocks of them. Before creating a fully built-out open data platform, use a Tactical Data Engagement approach to figure out what information is most valuable to your residents, and then prioritize that.

Lower the barriers to participation

Digital citymaking is the same. If the only people who can participate in open data are city officials and Web developers, many of the outcomes may not be designed for everyone else in a community. Making it easier for everyone to participate will make open data more democratic and more effective.

All of these are ways that tactical urbanism has informed our work on open data. We owe a debt of gratitude to the urbanism community that has built such a robust catalog of ideas, projects, and examples for us to model this new work on.

We’re excited to be putting all of these ideas down into a new Tactical Data Engagement guide, which we’ll be releasing next Tuesday. Please join our kickoff webinar about the guide and invite anyone interested in opening government data to join us for that conversation.

PARK(ing) Day, for its part, has come full circle. What started as a guerrilla intervention has evolved into a city-sanctioned process. The City of San Francisco’s Pavement to Parks program now actively encourages residents who want to create parklets of their own, and provides resources and information about how to do it.

We hope that Tactical Data Engagement can grow to enjoy similar success, and eventually grow from one person’s idea to something the community embraces to an official part of any’s city work.