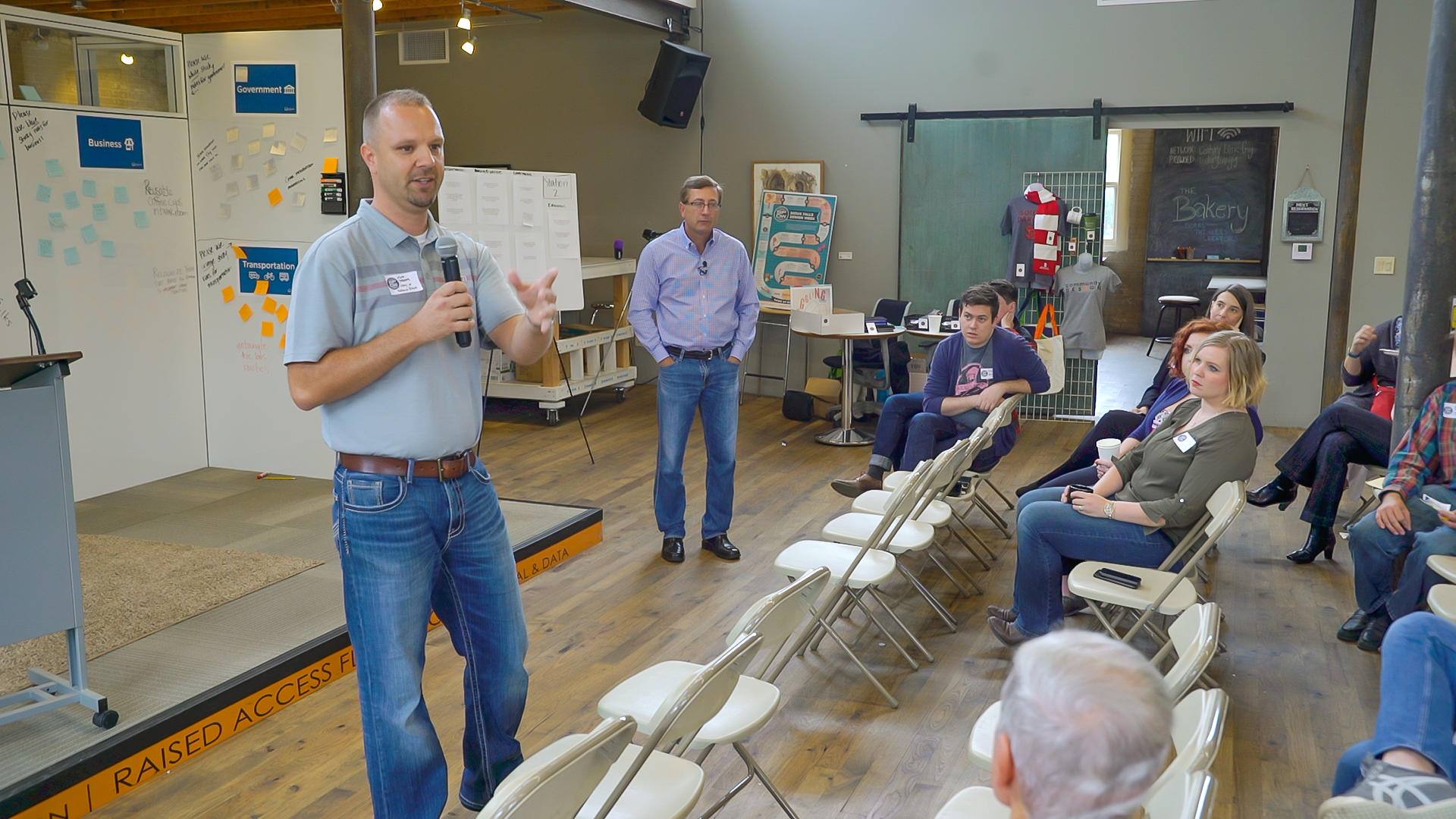 The City of Sioux Falls, South Dakota, wants to make it easier for residents to see and understand what’s happening in their city. A new open data policy, a major component of that work, is now open for public comment.

In July 2017, Sioux Falls applied for and was selected to join What Works Cities, with the goal of improving open data practices to make public information more accessible and to engage residents around government priorities and services. The first area of municipal government to undergo the work was neighborhood services, including code enforcement. Housing has always been a focus at the city but a changing demography is making innovative problem-solving a more pressing need.

“We’re adding 5,000 people a year,” says Adam Roach, neighborhood development coordinator at the City of Sioux Falls. “That might not sound like a lot, but to a city of our size it is.”

Since July, Sunlight and other What Works Cities partners have been working with Sioux Falls on their open data project. The project will create an inventory of the city’s data resources, develop a plan for data governance, and make data available to the public and city staff in a more useful and responsive way. It’s designed to make the city’s work more effective and efficient.

The new policy along with new internal open data practices are intended to help the city address its most challenging issues and ensure that residents are included as the city starts to evolve its strategy. Being part of the What Works Cities network, which includes cities across the country doing similar work, has been a boon to the city as well.

“It helps hearing about what other communities are doing,” said Debra Gaikowski, project manager at the City of Sioux Falls, in a conversation with Sunlight. “They get a little competitive feeling going.”

That competition has, at times, spurred the Sioux Falls team forward.

“We were really inspired by cities like Lincoln, Nebraska,” Gaikowski explained. “Their web platform blew us away. The site was so easy to use and the amount of information was really incredible. Plus they’re a small team just like us. And it helped us realize you don’t need a huge amount of resources to do this well.”

The team is working to bring the lessons they’ve learned on the What Works Cities project to other departments at the city. But it hasn’t been a bandwagon.

“People weren’t sure about this idea of open data,” said Roach. “Some people thought this would be a quick thing and we never heard from you again.”

Again, the team has built support by bringing in diverse stakeholders.

“Our open data team isn’t just analysts,” Roach explained. “Staff from police and fire are on the data team. Together they are pioneering not just new tools but new culture within city hall. We’ve had to demonstrate the value, and that’s been challenging but helpful to everyone. It’s what has changed a lot of people’s minds.”

Public comments are currently open on Sioux Falls’ draft open data policy. Visit that site to read the proposed policy and weigh in on how you want open data to build a stronger Sioux Falls in years to come.