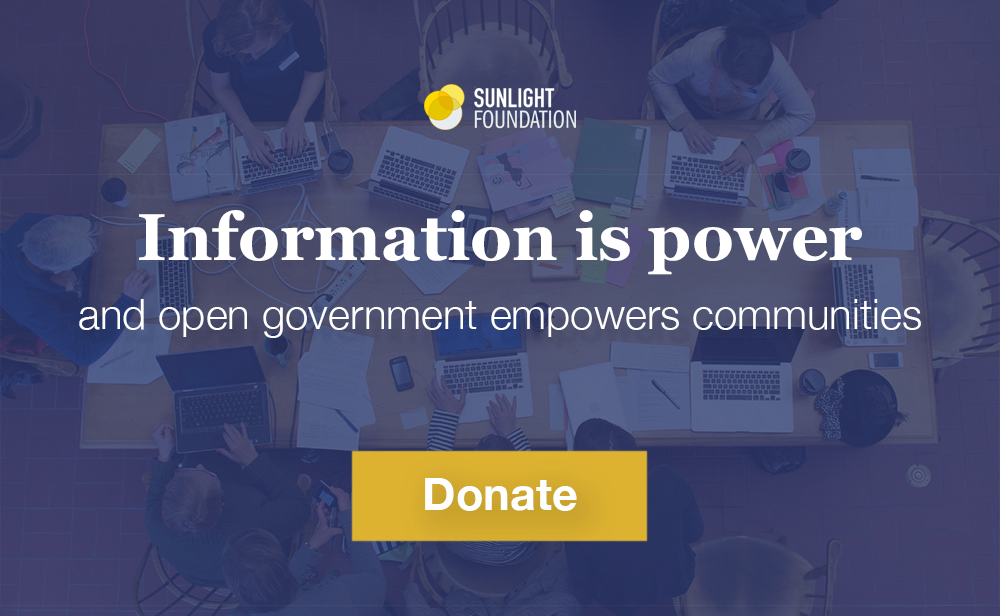 What is my government doing? Where are time and resources being invested? How are those investments shaping my community today—and how could they shape it differently tomorrow?

These questions are the foundation of transparent and accountable government, and they are what we work on every day at the Sunlight Foundation. In the United States today, some of the most promising examples of transparent government can be found in cities.

In Baton Rouge, transparency is helping the entire city prepare for future flooding. The city-parish experienced substantial flooding in 2016. This year they adopted a new open data policy, developed with the help of Sunlight’s team. The new policy ensures that residents have access to important city data, including things like a city-parish map of the 2016 flooding. The map can help residents be more informed and better prepared for floods in the future.

In Arlington, Texas, transparency has created new partnerships. When the city was drafting its open data policy earlier this year, Sunlight helped reach out to residents and encourage them to weigh in on the draft. One group included in that was a local meet-up of entrepreneurs called Startup Arlington, who were so excited about the policy that they went on to create Is Today Trash Day?, an app that uses data the city had already provided online. It is a great example of how cities can help community residents put open data to use.

These city halls are opening government’s work to the public. Every city, state, and federal agency should take this approach to government and you can help make that happen by donating today:

In 2017 Sunlight’s Open Cities team worked to support the adoption of 19 new open data policies. These policies require that city halls proactively publish the information they collect on behalf of the public in open and machine-readable formats in a central online location.

In addition to expanding transparency, open data is also an important part of evidence-based government. Sunlight believes strongly in evidence-based decision making as a crucial mechanism for government accountability, particularly when that evidence is open for residents to see, understand, and discuss. We are proud to be part of What Works Cities, a national initiative to help cities enhance their use of data and evidence to improve services, inform local decision-making, and engage residents.

This information is power, and it gives residents a say in how their city is run. We want to help more cities use this approach in the coming year, but we need your help:

In the 21st century, open data is part of democracy. This work can help individual cities thrive as well as help tackle nationwide problems like racial injustice, hurricane and disaster response, and more.

We are the only national organization working to help cities make data open and available publicly to everyone. Help make cities across the country more participatory and transparent by making a donation today.