In today's edition, a reminder that the developers of "smart cities" shouldn't make the consent of the governed an afterthought, more progress on legislative transparency in Virginia, confirming widespread removal of climate change from federal websites, a report that the Trump Organization quietly cashes in some investments, automating Washington, and much more. Please send us your tips, news, analysis, new data releases, and events at todayinopengov@sunlightfoundation.com. 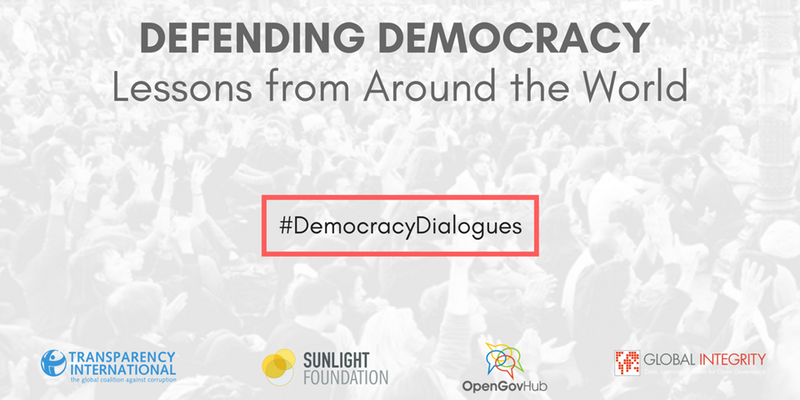 In 2018, we are collaborating with Global Integrity, the OpenGovHub and Transparency International on a series of Democracy Dialogues in DC.

Today's event, Populism and Corruption: Comparing Europe and the U.S., will be held at the OpenGov Hub in Washington, DC starting at 4:30.

You can learn more and register to attend here.  We hope to see you there!

THE SECRETS THAT THEY KEEP

"The Administration strongly opposes the “USA Rights” amendment to the FISA Amendments Reauthorization Act, which the House will consider tomorrow.  This amendment would re-establish the walls between intelligence and law enforcement that our country knocked down following the attacks of 9/11 in order to increase information sharing and improve our national security.  The Administration urges the House to reject this amendment and preserve the useful role FISA’s Section 702 authority plays in protecting American lives." 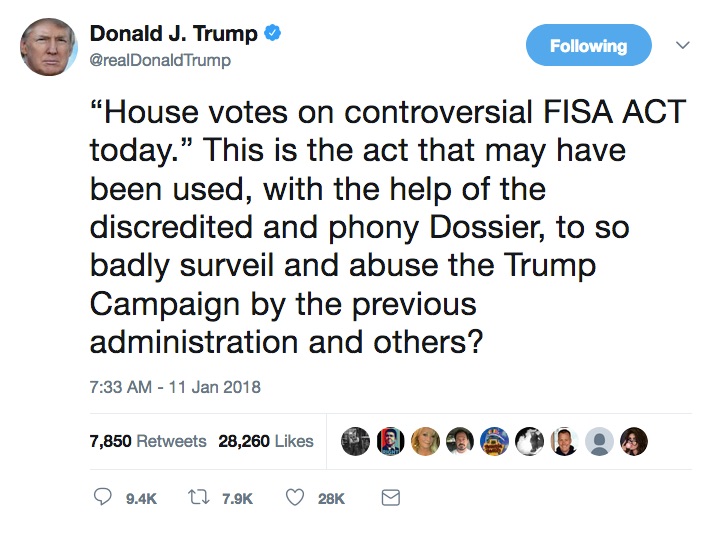 At 7:33 AM this morning, President Trump criticized the FISA Act, which he asserted had been used to surveil his campaign and linked to the controversial dossier of intelligence about him assembled by Fusion GPS. 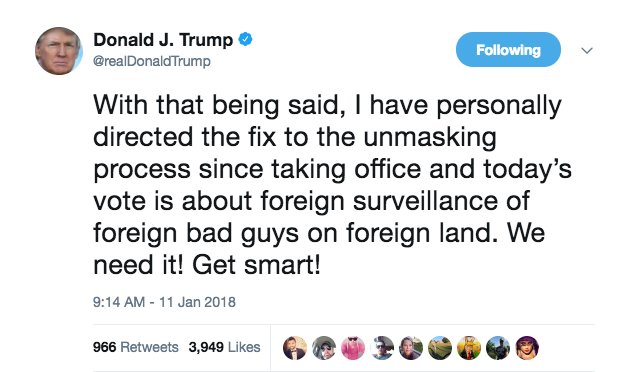 In a second tweet at  9:14 AM  he endorsed of reauthorization of the act.

Sunlight's position, at least, is consistent on the Foreign Intelligence Surveillance Act (FISA): more transparency! As we highlighted yesterday, when we joined more than 40 organizations from across the political spectrum in urging members of Congress to support the USA RIGHTS amendment being offered on the bill.

The amendment would enact meaningful reforms to Section 702 of FISA, which has historically been used by the government to unconstitutionally collect Americans’ communications without a warrant or individualized approval from a judge. Concerns regarding this collection are compounded by the government’s routine searches of Section 702 data for the information of U.S. citizens and residents despite the fact that Section 702 explicitly prohibits the targeting of such persons.

Without the addition of the USA RIGHTS amendment the FISA Amendments Reauthorization Act should not pass through the House.

We urge you to read through the full letter here and consider urging your member of Congress to vote YES on the USA RIGHTS Amendment and NO on on the FISA Amendments Reauthorization Act if the USA RIGHTS amendment does not pass.

The Quayside area of Toronto. Image via Civicist. 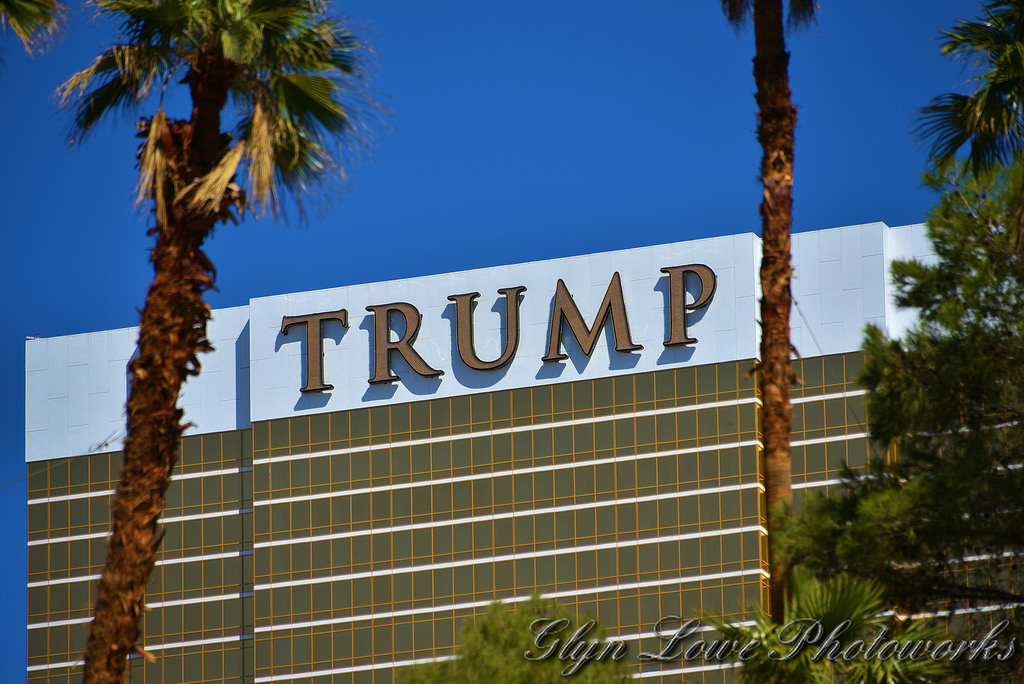 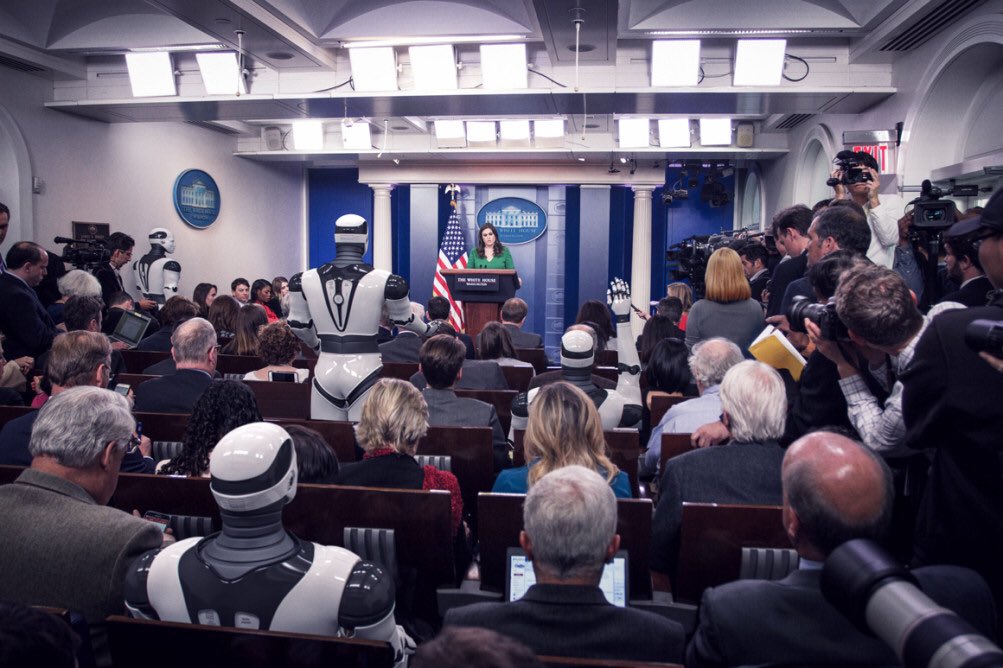 Image by Justin Metz. Via POLITICO.