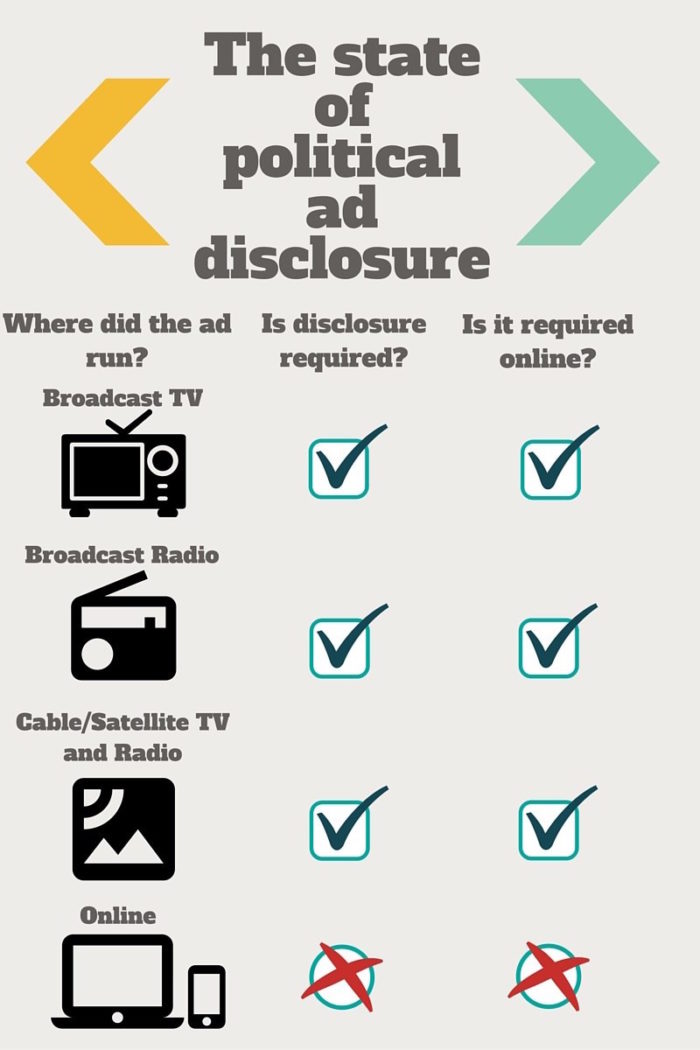 As Reuters reported early this week, the City of Seattle says Facebook is violating its campaign finance law.

Why? Facebook sent spending numbers, but not copies of the ads, nor data about whom they targeted.

The company has proposed a similarly opaque approach to transparency at the federal level.

It’s not close to good enough.

As we’ve said since last year, Congress should mandate that the company – and every huge Internet platform that’s accepting electioneering – meets or exceeds the standard of disclaimers and disclosure on TV, radio, satellite or print outlets.

We hope you’ll ask your Members of Congress to support it, along with any similar reforms your representatives advance in city halls and states, like New York’s democracy agenda.

The public should be able to easily see the source of campaign ads though disclaimers and online disclosures, no matter where we live or what network, platform or device we view them on, so that we can understand who is seeking to influence our elections.

Transparency is a necessary but insufficient measure to detect and deter influence, whatever city or state people live in.

Elected officials need to take reasonable, constructive steps to uphold election integrity and provide the information to the public that democratic participation requires to thrive.