This week, President Donald Trump files his financial disclosures, a Trump Organization construction partner struck a deal with a Chinese state-owned construction company to build a theme park next to planned Trump properties—just as the president publicly shared his mission to help bring jobs back to China, and a watchdog group filed an ethics complaint against President Trump’s personal lawyer Michael Cohen.

Financial disclosures were due this week for thousands of federal executive branch employees, including President Trump, who filed his on time. All eyes were on what the form would contain, and on Wednesday the form was shown to include a payment of more than $100,000 to Michael Cohen, the president’s personal attorney.

The disclosure states that the payment was for “reimbursement of expenses” but does not mention who or what the reimbursement was for. A footnote in the document notes that Cohen incurred the expense in 2016 and President Trump paid the expense in full in 2017. Shortly before the 2016 election, on October 27, Trump Organization lawyer Michael Cohen sent Stormy Daniels $130,000 through her then-lawyer so she wouldn’t come forward to allege a past sexual encounter with Trump. As Vox explains, Trump’s admission of the repayment on this disclosure form adds to the lengthening list of legal problems Trump may face related to the Daniels payment and the investigation into Cohen. 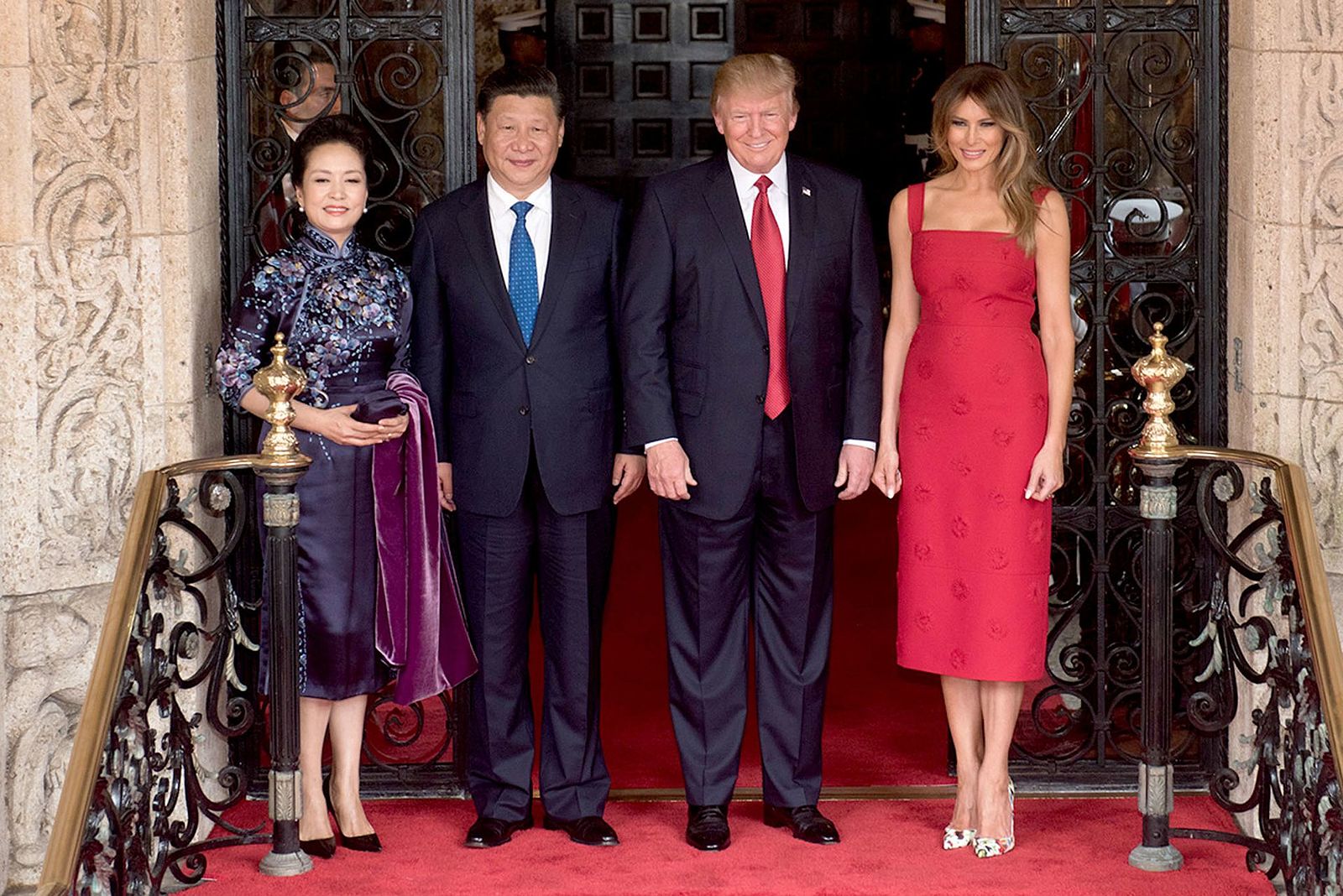 From left: Peng Liyuan, President Xi Jingping of China, President Donald Trump and Melania Trump at the entrance of Mar-a-Lago in April 2017. Photo via Wikimedia.

On May 13th, President Trump tweeted his support for Chinese telecommunications company ZTE and as the Chicago Tribune put it, just about everything is odd about that.

President Xi of China, and I, are working together to give massive Chinese phone company, ZTE, a way to get back into business, fast. Too many jobs in China lost. Commerce Department has been instructed to get it done!

First and foremost, ZTE has been penalized by the U.S. Department of Commerce for selling American technology to Iran and North Korea, a violation of sanctions against those countries. The Commerce Department issued ZTE a “denial order” prohibiting U.S. companies from selling goods to the Chinese telecommunication company for seven years.

In addition, ZTE could pose a security risk, because according to a top intelligence official,”ZTE cell phones may be used by the Chinese government to spy.”

Despite the sanctions, President Trump said the Commerce Department has been instructed to find a way to get ZTE “back into business.”

“I certainly view this as a violation of the emoluments clause, yes,” said Rep. Adam Schiff (D-Calif.). “And many others as well, both foreign, in terms of the business effort to expand the Trump Organization.”

The strangeness of this endorsement led Bess Levin at Vanity Fair to ask: “Is China straight-up bribing Donald Trump?”. The question is particularly apt considering what happened two days later:

Lido in Indonesia, the site of a new Trump-branded development. Image via Trump Hotels.

Two days after Trump tweeted his support for ZTE, news came out that a Chinese state-owned construction company will build a theme park next to a new planned Trump development in Indonesia.

Indonesian billionaire Hary Tanoesoedibjo and his company the MNC Group are building a Trump-branded hotel and 18-hole golf course in Lido, Bogor. Together the hotel, golf course, and theme park will be part of a $500 million complex called Lido City.

The MNC Group posted an announcement about the theme park, which would be constructed by the Metallurgical Corporation of China (MCC), a Chinese state-owned construction company. The announcement was posted on the MNC Group’s website but has since been removed, the New York Times reports. As that article explains, the timing of the announcement should raise eyebrows:

“There isn’t any evidence that the agreement with the construction company was intended to sway the Trump administration on any matters. Still, Mr. Trump has threatened China with tariffs on $150 billion in Chinese-made goods if it doesn’t back away from plans to use state support to finance a new generation of high-tech industries. And China has protested Washington’s punitive measures against ZTE, a Chinese telecommunications company, that threaten to deprive it of badly needed American-made microchips, software and other equipment. On Sunday, in a surprise reversal, Mr. Trump said he had directed the Commerce Department to resolve the issue to save Chinese jobs.”

According to Reuters, MNC Group is not receiving any direct funding from the Chinese state-owned construction company.

Watchdog group Public Citizen filed ethics complaints against Michael Cohen with Congress and the U.S. Justice Department last week. As USA Today reports, the complaints say Cohen “broke federal ethics and lobbying laws by failing to register as a lobbyist while collecting big sums from companies with business before the Trump administration.”

Sunlight highlighted the payments to Cohen in last week’s Conflicts round-up. The payments in question include money from AT&T, Novartis, and Korea Airspace Industries.

“Cohen’s solicitations are based on the access he could provide to Trump and administration officials for paying clients,” Craig Holman of Public Citizen said in a statement. “That sounds a lot like lobbying.”

Jared Kushner, President Trump’s son-in-law, may face more scrutiny over his financial holdings if Democrats win the House or Senate this fall.

The scrutiny could come in the form of “congressional investigations into potential conflicts of interest with his family’s vast financial holdings, and growing questions about his failure to qualify for a high-level security clearance,” according to the Los Angeles Times.

“We have to be worried about how our national security may be weakened when Jared Kushner has all these conflicts of interest and at the same time has great power through the White House,” Rep. Raja Krishnamoorthi (D-Ill.), a member of the House Government Reform and Oversight Committee, told the paper.

More Conflicts of Interest in the news