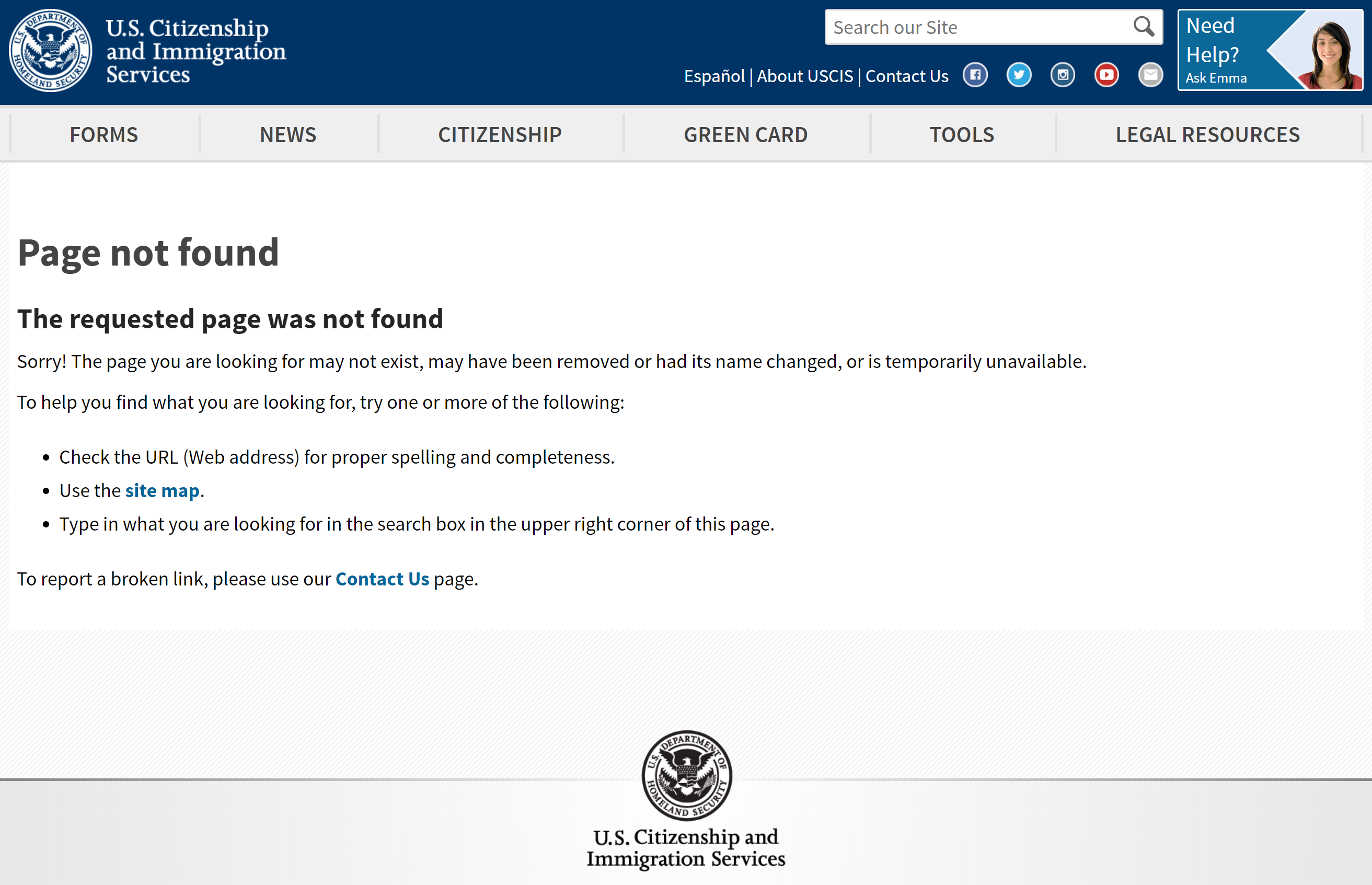 The U.S. Citizenship and Immigration Services (USCIS) removed a cache of materials on its asylum process shortly after President Donald Trump took office, a reduction in access detailed in our latest Web Integrity Project report.

Immigration attorneys who spoke with the Web Integrity Project said the materials, which are still relevant under current policy, were an important training resource for them as well, offering a valuable glimpse at an often opaque process.

The materials, which had been available on the USCIS website in an easily accessible format since at least 2013, spanned a wide range of subjects, according to archived snapshots of the pages preserved by the Internet Archive’s Wayback Machine. One contained a primer on international human rights law. Another detailed the U.S. statutes and international agreements that established the framework for the asylum process. A six part series on interview techniques described everything from how to approach conversations with torture victims, to working with interpreters and proper note taking.

Some of the most useful documents, according to Victoria Neilson, a senior attorney for the Catholic Legal Immigration Network, Inc., dealt with the mechanics of the asylum process. As part of her work with the American Immigration Lawyers Association’s Asylum and Refugee Committee, Neilson helps train lawyers who are new to the particulars of asylum work. Documents describing the day-to-day process that asylum seekers face can help inexperienced lawyers prepare their clients for what they might face in an interview, Neilson says. And the documents that used be hosted on the USCIS site were an invaluable resource.

As we explain in detail in our report, links to the lesson modules and the corresponding documents themselves were removed from the USCIS website sometime between March 2 and April 27 of 2017. The agency provided no notice that the materials were going to be made inaccessible and doesn’t appear to have maintained any archive of the full set of documents. Some training materials on similar topics to those that have been removed can be found in other documents on the USCIS domain, though most cannot. A document of over 2,000 pages, for instance, hosted in the “USCIS Electronic Reading Room,” contains some records similar to those that were removed. But the overlap is limited — of the 26 documents removed, only eight have rough counterparts in the reading room — and the present format is far more cumbersome to navigate. While the removed documents were originally organized with individual links and clear titles, the reading room document is a compilation of various materials without consecutive pagination. Finding any particular record would require scrolling through hundreds of pages of extraneous material.

“In my position, I write a lot of practice advisories, and obviously it’s much easier to link to a 40 page lesson plan, and say see example on page 35, and here’s the link,” Neilson said.

USCIS didn’t respond to a request for comment about the removals, though the agency under Trump has taken steps to rewrite asylum rules to make the process more restrictive. Attorney General Jeff Sessions has repeatedly criticized the asylum program, claiming in a speech in October of last year that “the system is being gamed, no doubt about it,” by immigrants with what he characterized as “fake” claims of persecution in their home countries. An executive order issued shortly after Mr. Trump took office established tighter evidentiary standards for asylum seekers, among other changes to the program.

There’s no indication that those changes would have made the documents posted by USCIS obsolete or outdated, or at least not all of them, according to Neilson.

“It seems, one year into this administration, that transparency is not a priority for this administration, at least in the field of immigration,” Neilson said. “So it’s not really surprising to me that they would not want to share some of their internal thoughts on how to adjudicate these cases.”

But while keeping agency training documents confidential in a law enforcement context might make sense, the asylum process is not about prosecuting crime.

“Applying for asylum at the USCIS level is not an adversarial process,” Neilson explains. “The government should not be the enemy of someone who is trying to access a benefit that it administers. So it seems reasonable to me that they should make the criteria they use in adjudicating claims available to the public.”