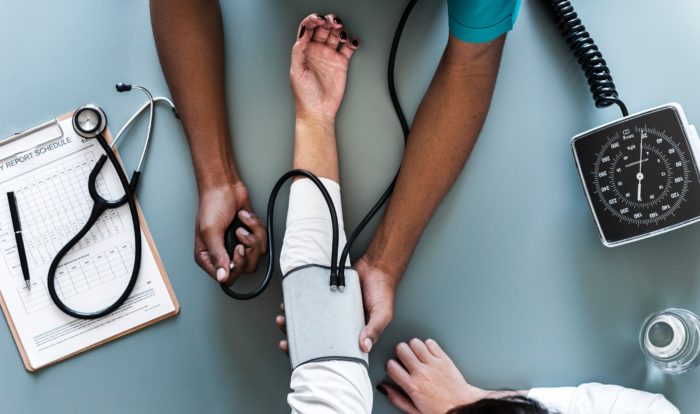 In the last two years, between January 2017 and January 2019, the Office of Minority Health (OMH), an agency within the Department of Health and Human Services (HHS), removed several ACA-related webpages, links, and references from the minorityhealth.hhs.gov subdomain. The removals, which began just days into the Trump administration, are documented in the Web Integrity Project’s latest report.

The removal of the content undermines access to information about improving healthcare for minority communities, by an agency that was set up to reduce health disparities and which has in the past viewed the ACA as key to that mission. A de-emphasis on outreach to minority communities, in particular, goes against evidence that suggests outreach and access to ACA-related information are central to further reducing health disparities. These changes are just the latest example of removed ACA-related web content the Web Integrity Project (WIP) has found.

Among the removed pages was the main “Affordable Care Act” page, which contained information about the ACA, OMH’s role in implementing the law, and linked to seven additional ACA-related pages — five of which OMH has since removed from the site. These additional pages included information specific to different populations, such as the “ACA Guidance for American Indians and Alaska Natives” page, which featured an infographic that provided information about the steps members of federally recognized tribes or Alaska Natives can take to receive benefits under the ACA. In the months before the removal of this page, references to the term “Affordable Care Act” in that infographic, as well as page’s title and text body, were removed and replaced with the phrase “Health Care Law.”

Links to the “Affordable Care Act” page, which were also removed, were prominently featured and easily accessible from OMH’s homepage in the “Strategic Priorities” section and the “What We Do” dropdown in the website’s top menu. OMH had displayed these links and the term “Affordable Care Act” for over three years following a redesign of the website in August 2014 (Internet Archive’s Wayback Machine captured the old version of the site here).

When asked for comment about these removals, the OMH press secretary suggested that the ACA is an initiative of another office, the Centers for Medicare and Medicaid Services, which administers the ACA. As explained below, the ACA is responsible for the continued existence of OMH. While the press secretary noted that OMH “regularly supports the initiatives of other federal offices, summarizing or linking to their information and resources,” he did not specify whether this was the case for the removed ACA content.

HHS established OMH in 1986 after the 1985 “Report of the Secretary’s Task Force on Black and Minority Health,” also known as the Heckler Report, documented the extent of health disparities among minority groups in the United States. The report showed that despite improvements to life expectancy and mortality for the US population as a whole, there was a “continuing disparity in the burden of death and illness experienced” by minority populations.

In response to the persistence of worse health outcomes among racial minorities, the ACA reauthorized OMH in 2010. OMH has described the ACA as key to its mission of “improving the health of racial and ethnic minority populations.” In its 2015 Report to Congress, OMH noted that one of its three strategic priorities was to “support the development and implementation of the provisions of the Affordable Care Act that address health disparities and equity,” explaining it had made significant progress in implementing many of the required provisions.

Evidence from a 2017 Commonwealth Fund report and a recent report from the Kaiser Family Foundation suggests that the implementation of the ACA reduced disparities in healthcare access and coverage.

By removing information about the ACA, OMH’s commitment to implementing the ACA appears to have wavered under the Trump administration, undermining a law that has proven to support its mission to reduce health disparities.

Despite gains made in rates of coverage under the ACA, health disparities among minority groups persist into 2019. Native Americans and Hispanics are still much more likely to be uninsured than other groups. Research sponsored by the Commonwealth Fund found that lack of awareness of coverage options available is a major reason for coverage disparities between groups, which means that accessible information about healthcare and outreach is critical to reducing disparities in coverage rates.

Among the removals documented in WIP’s report were ACA resources in the National Partnership for Action to End Health Disparities (NPA) section of the OMH site. After the ACA became law, a significant task of the NPA, a group of partners, leaders, and stakeholders initially convened by OMH and committed to combating health disparities, was to provide outreach and education to underserved populations about the benefits of the law. Reflecting this task, the “Learn About the NPA” page previously listed “Education and Outreach on the Patient Protection and Affordable Care Act of 2010” as the first of its “five top priorities for action.”

However, in the last year, OMH de-emphasized that priority by removing it from the page, now titled “About the NPA,” and replacing it with “Strengthening access to quality health care.” Similarly, the site renamed the “Affordable Care Act Education and Outreach” page to “Strengthening Access to Quality Healthcare” and removed two paragraphs referencing the ACA provisions to combat health disparities.

Several other pages reflected the de-emphasis of ACA education and outreach. The “NPA Updates” page featured a section on “Affordable Care Act Education and Outreach,” which stated that educating uninsured and underinsured consumers about the ACA and its benefits was a priority of the NPA. The page now makes no mention of ACA outreach.

OMH also removed a link to and text about the “Affordable Care Act Resource Kit” page from its “NPA Resources” page. A PDF is still available, but it is unclear whether it is accessible by navigating the site. According to a previous version of the “NPA Resources” page, the kit was intended to help NPA partners and other organizations conduct ACA outreach and enrollment.

WIP has seen removals of materials intended to improve healthcare outreach efforts on other HHS websites. In December 2018, WIP released a report about the removal of a training resource for providing healthcare outreach to Latino communities. The “Health Insurance Marketplace” website removed the resources despite its mission as “the official Marketplace information source” for assisters, individuals, or organizations trained to provide free help to consumers and small businesses searching for and enrolling in health coverage.

These changes to web resources have occurred alongside the Trump administration cutting funding for the navigator programs and ACA advertising, lowering awareness among consumers about ACA healthcare options.

A Pattern of Removing ACA Content throughout HHS websites

The changes to ACA-related content on the OMH website follow a pattern of removals and reduction of access to information about the health care law that the Web Integrity Project has documented on other HHS websites.

Beyond the Latino outreach training resource removed from the “Health Insurance Marketplace” website, WIP recently documented the removal of a collection of webpages related to the Affordable Care Act and Title X from HHS’s Office of Population Affairs website. The core mission of the office is administering the Title X grant program, a program that provides family planning and preventive health care services to predominantly low-income, underinsured, or uninsured populations. The removal of these webpages undermines provisions of the ACA intended to make contraceptives and other preventive services affordable for women.

Last year, WIP documented removals of ACA content from Medicare.gov and Medicaid.gov. In December 2017, Medicare removed a page titled “Affordable Care Act & Medicare.” The page provided information and links related to Medicare coverage being protected under the ACA, preventive services covered under Medicare, discounts on brand-name prescription drugs, and initiatives that support care coordination between providers. In June 2018, Medicaid removed a collection of fourteen ACA-related webpages from its site, with information about topics such as benefits covered for Medicaid recipients under the ACA.

On all of these websites, as was the case on the OMH website, the removed content informed consumers or those who provide outreach to consumers about benefits afforded to them under the ACA. Making this information available to racial minority groups, who may already have less access to information about healthcare options and benefits provided by the ACA, is particularly important as a way to improve rates of coverage in these communities. As a key office in the battle to eliminate health disparities, the OMH website should be a trusted, authoritative source of information and resources for combating health disparities among minority populations. The removal of ACA-related pages on the OMH website has reduced access to these resources, ultimately undermining the mission of the office.