Earlier this year, I attended TransportationCamp DC, an “unconference” centered on topics in urban transportation, with a particular focus on technology. As it occurs just before a major international transportation conference, it brings together people from all over the country and world.

One thing that was clear from the many session topics is that the world of transportation is rapidly changing in ways that are hard to predict. In the face of this, it’s crucial for the public to have as much data on transportation as possible in order to be able to be informed participants in government decision-making. 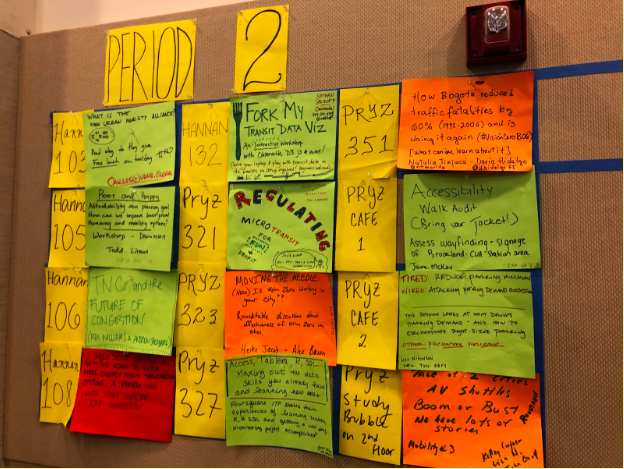 It’s interesting to compare the topics of this year’s TransportationCamp DC with those from when I went two years ago.

In 2017, a notable number of the sessions were about autonomous vehicles — 8 out of 70, by my count. This year, it appeared to be only 2 out of 56. On the other hand, a new term has emerged — “micromobility.” It refers to lightweight vehicles intended for short travel distances, particularly e-bikes and e-scooters. Interest in the topic has increased thanks to the late-2017 explosion of dockless bikes, and the subsequent appearance of dockless scooters. (Perhaps people have lost some interest in autonomous vehicles, or perhaps AVs have moved to a different point in the hype cycle.)

This is admittedly a highly unscientific observation of expressions of interest. Still, these changes in session topics can be considered an indicator of broader changes in the landscape of urban transportation. These changes include:

Combined, these issues present many topics for discussion both at events like TransportationCamp and out in the world. 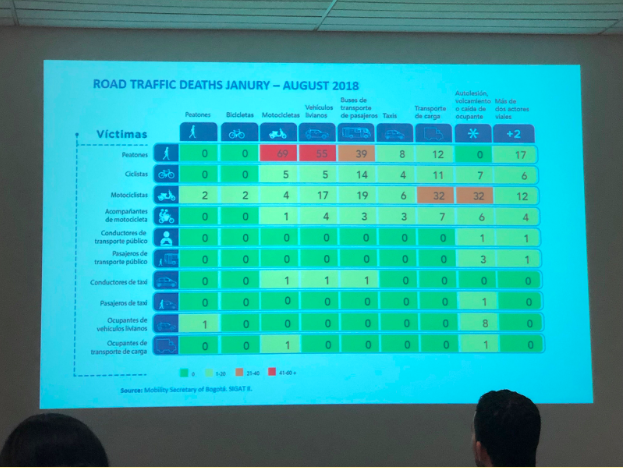 What does this have to do with open government and open data?

It’s clear is that the landscape of urban transportation has been rapidly changing over the past few years, and will continue to do so. This opens the door for new and exciting innovations, yet also brings new challenges.

These rapid changes are resulting in spirited public discussions about topics like how new transportation services can be managed and how street space should be allocated. Having as much open information as possible will be crucial for public dialogue and debate.

Governments can help by mandating the release of certain data from mobility companies. As of this year, ride-hailing companies like Uber and Lyft will have to start providing New York City with more detailed on their operations. As reported by Wired:

“If Uber, Lyft, Via, and Juno want to keep operating in the city, they’ll have to provide the [Taxi and Limousine Commission] with even more finely detailed data than they do now: the date, time, and location of pickups and drop-offs (at least down to the intersection), the vehicle’s license number, the trip mileage, itemized trip fare, route (including whether the vehicle entered traffic-choked Midtown), and how much the driver was paid.”

Making some portion of this data to the public — with appropriate considerations for personal privacy — will be incredibly valuable, as it will allow people to have a fuller picture of how the city’s streets are being used. This is especially important given how quickly city streets have changed due to the rise of ride-hailing:

In just a couple years, New York City has seen a significant increase in ride-hailing and decrease in taxi trips. (Source: Todd Schneider)

Similarly, data on how shared bikes (docked and dockless, manual and electric) and scooters are being used is also invaluable for public understanding and debate, as governments consider how to accommodate them as part of the mix of street users.

As cities look to address street safety, carbon emissions, traffic congestion, and demand for curbside space in a rapidly changing world, open data on transportation will be crucial for an informed public to be able to participate in decision-making processes.