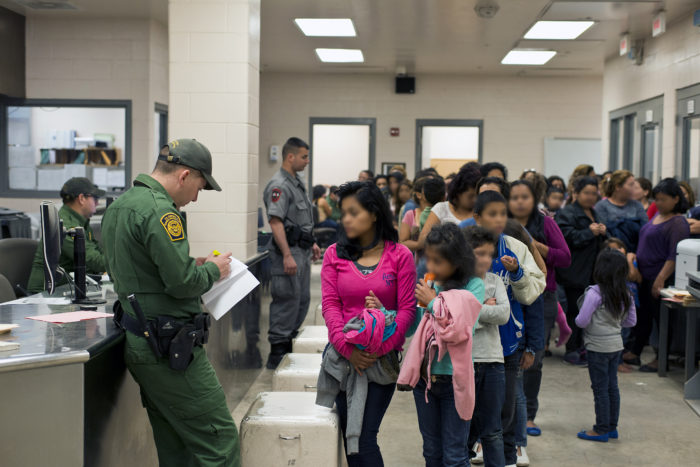 Changes made to the Office of Refugee Resettlement (ORR) website before May 23, 2019, foreshadowed policy changes relating to unaccompanied migrant children that were not communicated, even to ORR grantees, until May 30, 2019.

ORR, an office within the Administration of Children and Families (ACF), a part of the Department of Health and Human Services (HHS), provides services to refugees, asylees, and other new populations. ORR is responsible for the care of unaccompanied migrant children.

As documented in our latest report, ORR’s parent agency, HHS, recently announced two policy changes regarding the care of unaccompanied migrant children. On May 30, HHS sent an email to grantees providing ORR-funded care for unaccompanied minors stating that “federal funds released on or after May 22, 2019” could not be used to pay for “recreational or educational activities” for children in their care. On June 5, a statement from HHS set out additional  limitations, explaining that ORR had “instructed grantees to begin scaling back or discontinuing awards for U.A.C. (unaccompanied minor) activities that are not directly necessary for the protection of life and safety, including education services, legal services, and recreation.” The administration explained these changes in terms of funding shortages caused by “a dramatic spike” in the number of unaccompanied children crossing the border.

By May 18, 2019, almost two weeks before HHS’s email to grantees limiting the use of funds, ORR had altered the “Unaccompanied Alien Children Frequently Asked Questions” page. As can be seen in Internet Archive Wayback Machine captures from April 13, 2019, and May 30, 2019, ORR removed information about legal services, the Flores settlement (which set the standards of care for unaccompanied minor children), educational services, and recreational activities “such as television and sports.” Images of children learning in a classroom, a recreation room with pool and foosball tables, and a bedroom with clean and colorful beds were also removed.

By May 23, 2019, ORR had changed information relating to legal services on a second webpage. Introductory text that referenced “the best interest of the child” was removed from the “Services Provided” page, along with references to “pro bono representation,” “ORR-funded legal representation” and “court appearance support” from the body of the page. These changes were captured by the Internet Archive’s Wayback Machine on March 26, 2019, and May 23, 2019.

In addition to alterations that directly foreshadowed recent policy announcements, ORR made changes on both webpages regarding detained children’s access to telephones and communication with family members and attorneys. On both pages, ORR removed language about the provision of mental healthcare for detained children. Additionally, ORR hardened the language it used on the pages, replacing the terms “child” and “children” with the acronym UAC (standing for “unaccompanied alien child”) in more than 20 instances.

We do not yet know what to make of the website changes about communications and mental health, which do not fit neatly into the two recent policy announcements. A media contact for ORR acknowledged but did not respond to WIP’s request for comment by deadline. Perhaps the removed content was merely collateral damage, taken down because of its close proximity to content directly related to new policy. Alternatively, the removals might be more meaningful, as signposts directing us to upcoming announcements. Action on a website, however subtle, is often a precursor to a public announcement. Although it is often immediately unclear what a change to a federal government website means, time and time again WIP has seen that where there is the “smoke” of website alteration there is often the “fire” of policy change.