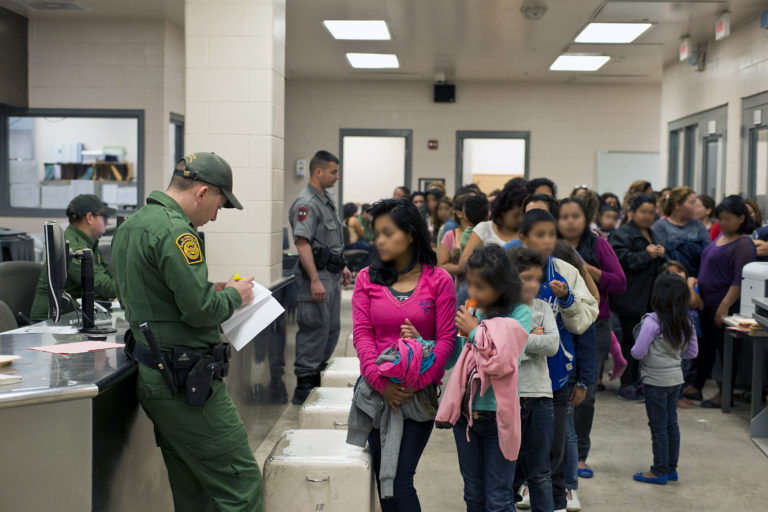 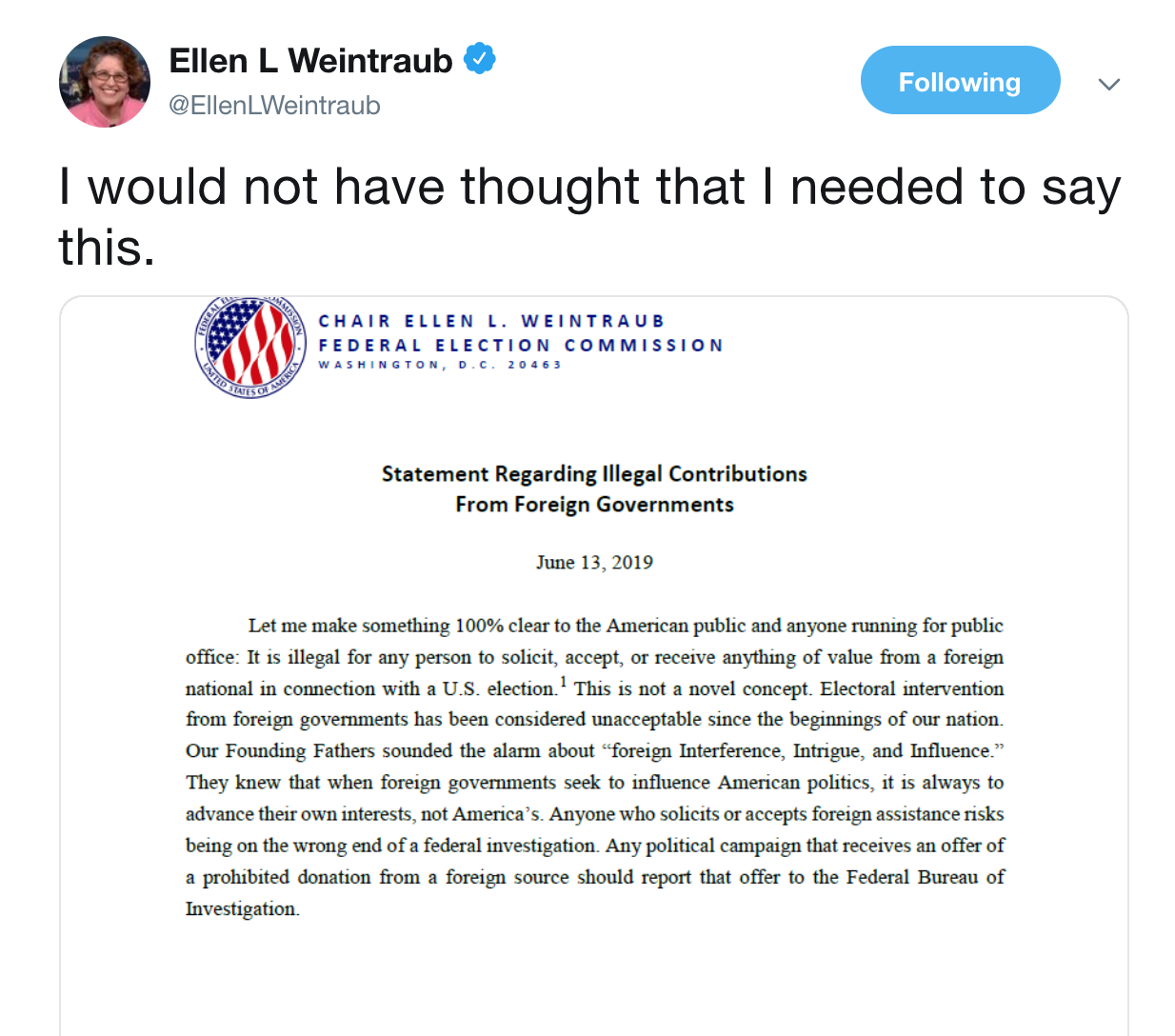 FEC Chair Ellen Weintraub took to Twitter in response to President Trump's admission that he would probably accept dirt on a 2020 opponent from a foreign government if it was offered.