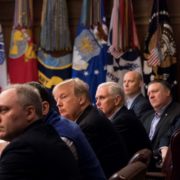 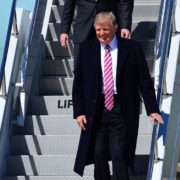 This week, a look at the millions of dollars President Donald Trump’s properties brought in during the midterm election period, the latest on the emoluments lawsuit, a look at Rudy Giuliani’s connections to Russia and more trademarks in China for Ivanka Trump.

Former New York City Mayor Rudy Giuliani made his reputation as a take-no-prisoners prosecutor, but he's showing an uncharacteristic soft spot for at least one alleged miscreant who happens to wear pinstripes.

Turns out that Alex Rodriguez, whom Giuliani is urging fans not to boo when the New York Yankees slugger returns to the diamond tonight after a long injury rehab and under an enormous legal cloud, is one of hizzoner's political benefactors.

Rodriguez, who faces a potential lengthy ban by Major League Baseball over charges that he's a repeat user of performance-enhancing drugs, maxed out in ...