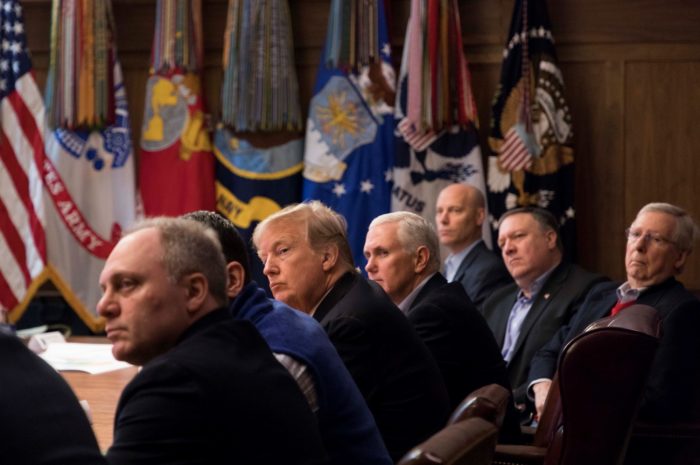 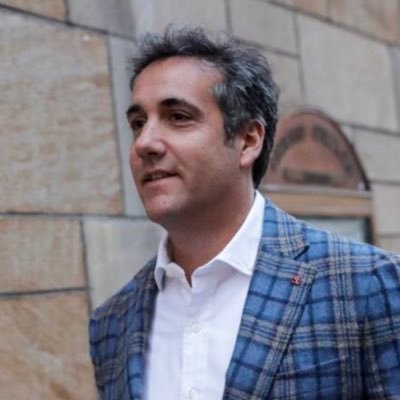 Cohen was sentenced to three years in prison for his role in hush money payments to two women who claim to have had an affair with President Trump.

According to Bloomberg, during the sentencing, Cohen accepted responsibility for his actions and said, “it was my duty to cover up his dirty deeds.”

Cohen also said he plans to continue to cooperate with prosecutors, including Robert Mueller.

“The irony is today is the day I get my freedom back,” Cohen said. “I have been leading a personal and mental incarceration ever since the fateful day that I accepted the offer to work for a famous real estate mogul whose business acumen I greatly admired.”

He was seeking no jail time, but the judge said he can’t give leniency for future cooperation. Cohen’s sentence was a result of nine felony charges stemming from evading federal income taxes, violating campaign finance laws and lying to banks and Congress.

According to CNN, “as part of the agreement, AMI admitted to making a payment of $150,000 in cooperation with members of Trump’s presidential campaign in order to prevent former Playboy model Karen McDougal’s claims of an affair with Trump from being made public during the 2016 race… (AMI Chairman David) Pecker met with Cohen ‘and at least one other member of the campaign’ in August of 2015, according to the non-prosecution agreement, which was struck with prosecutors from the office of the U.S. Attorney for the Southern District of New York.” 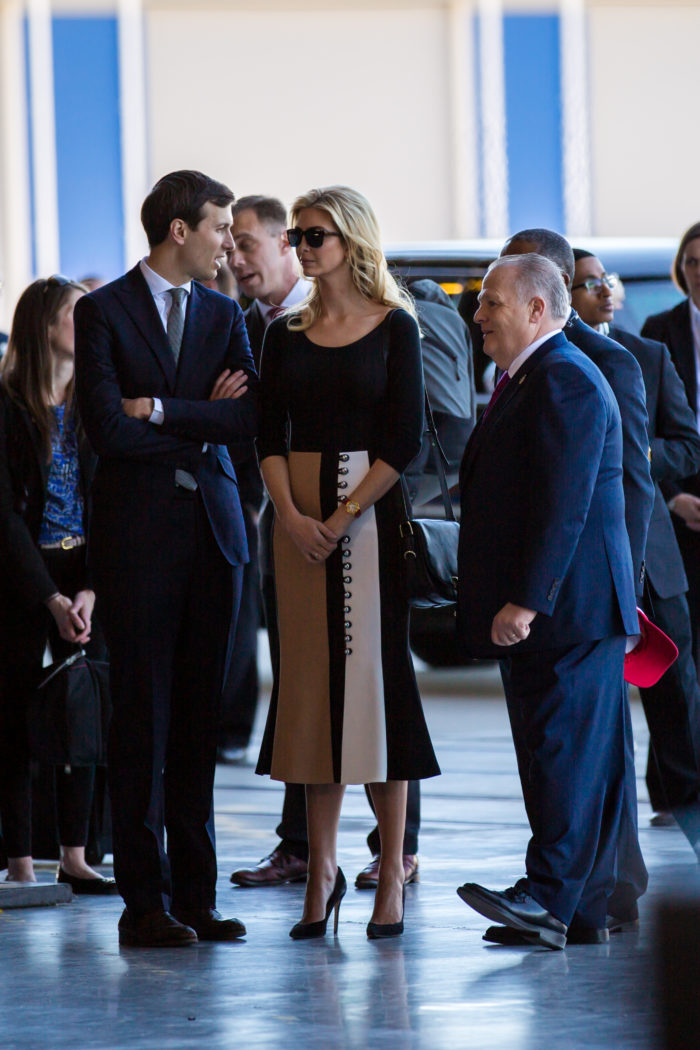 The Associated Press is reporting, President Trump’s new real estate investment program, that is being promoted by Ivanka Trump, the president’s daughter, and her husband, Jared Kushner, could benefit the couple financially.

The program is called Opportunity Zone and offers large tax breaks to developers who invest in “downtrodden American communities.”

According to the Associated Press:

“Kushner holds a big stake in a real estate investment firm, Cadre, that recently announced it is launching a series of Opportunity Zone funds that seek to build major projects under the program from Miami to Los Angeles. Separately, the couple has interests in at least 13 properties held by Kushner’s family firm that could qualify for the tax breaks because they are in Opportunity Zones in New Jersey, New York and Maryland — all of which, a study found, were already coming back. Six of the Kushner Cos. buildings are in New York City’s Brooklyn Heights area, with views of the Brooklyn Bridge and Manhattan skyline, where a five-bedroom apartment recently listed for $8 million. Two more are in the beach town of Long Branch, New Jersey, where some oceanfront condos within steps of a white-tablecloth Italian restaurant and a Lululemon yoga shop list for as much as $2.7 million.”

Jared Kushner, President Trump’s son-in-law and senior adviser, has resigned as the chief executive of Kushner Companies but still retains most of his stake in the company. 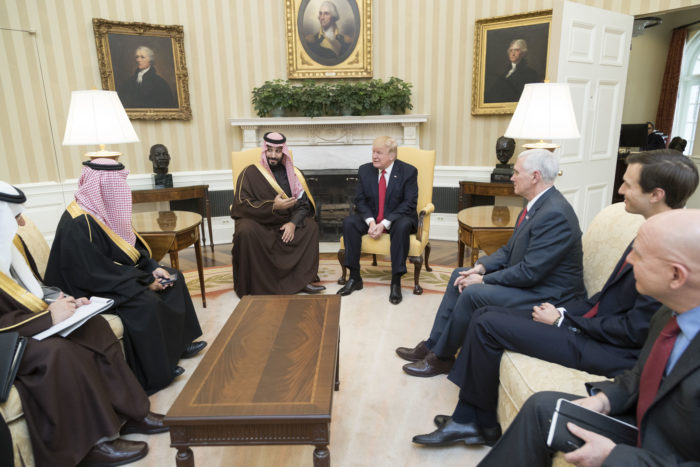 Kushner and the Saudi Prince

In a new investigation, the New York Times explains how the Saudi’s worked to get close to Kushner, securing a “friend in the White House.”

According to the news story, Kushner and Prince Mohammed bin Salman were having private, informal conversations since the early months of the Trump Administration. The private talks concerned senior U.S. officials, the Times reports, because “given Mr. Kushner’s political inexperience, the private exchanges could make him susceptible to Saudi manipulation.”

The chief of staff at the time tried to prevent the conversations from happening by reimplementing a “longstanding procedure stipulating that National Security Council staff members should participate in all calls with foreign leaders.”

The policy did not stop the conversations, according to the Times.

The two continued chatting and “were on a first-name basis, calling each other Jared and Mohammed in text messages and phone calls. The exchanges continued even after the Oct. 2 killing of Jamal Khashoggi, the Saudi journalist who was ambushed and dismembered by Saudi agents, according to two former senior American officials and the two people briefed by the Saudis.”

The article goes on to tell how the Saudi government targeted Kushner as someone to get to close to in the administration and have on their side. The Times also details how the Saudis promised to help the Trump administration fulfill campaign promises and offer to buy American weapons and invest in American infrastructure.

This week, in an interview with Fox News, Kushner let Saudi Arabia and the Prince “off the hook,” when asked about the Prince’s role in the killing of Khashoggi, according to Business Insider. 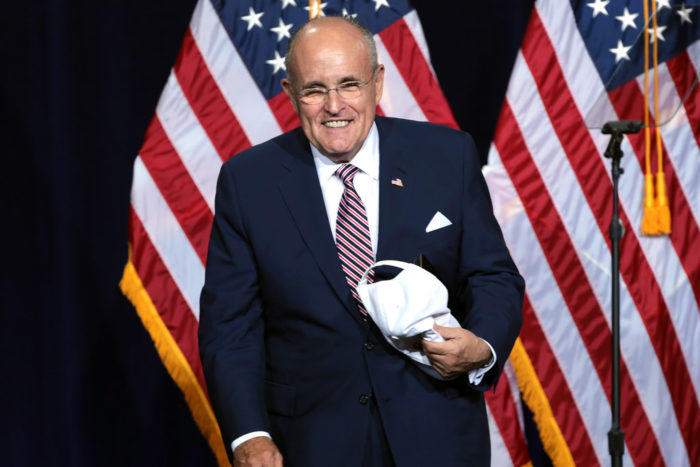 As news of Cohen’s sentencing was looming, the New York Times is reporting President Trump’s personal attorney and former New York City Mayor, Rudy Giuliani, was in Manama, Bahrain, “meeting with the king and the interior minister of an important United States ally in the Middle East.”

According to a government-run news organization in Bahrain, the king discussed “Bahraini-U.S. relations” Giuliani, who the news organization described as leading a “high-level U.S. delegation.” But the New York Times reports Giuliani’s Bahrain visit was not for official business. “The trip was part of a concerted push Mr. Giuliani has undertaken in the last few weeks to win business from governments around the world — including in Africa and South America — for a firm he owns called Giuliani Security and Safety,” the story reads.

Giuliani is not a government employee, so is not subject to government ethics rules, but as the Times reports, “Giuliani’s various interests can lead to confusion over the nature of his role. And foreign officials who have reason to want to get in or stay in the Trump administration’s good graces could view hiring Mr. Giuliani’s firm as a good way of doing so, according to ethics watchdogs.”

In response to the Times news article, Giuliani said he is probably the “most ethical person” you would ever meet and that his response as mayor of New York City after September 11, 2001 “cemented his status as a household name and an emergency response expert.”