As we expand on our vision for local government transparency, we realize we need to start with defining what we mean by local.

The general scope of the work we’re taking on is targeted at the idea of “municipal” government, something we’ve been referring to internally as city government, though we’ve quickly realized it’s not that simple. Municipal government takes many forms, and if we’re being accurate, we have to set our scope a bit wider.

In the United States, a municipal government is a local government that has been authorized or incorporated according to state constitutions and statutes. Depending on the state, a municipality could be a city, town, or village, or even a borough or township. There are more than 19,000 incorporated places (e.g. municipalities), according to 2010 U.S. Census data, and they vary dramatically in size, shape, and structure. 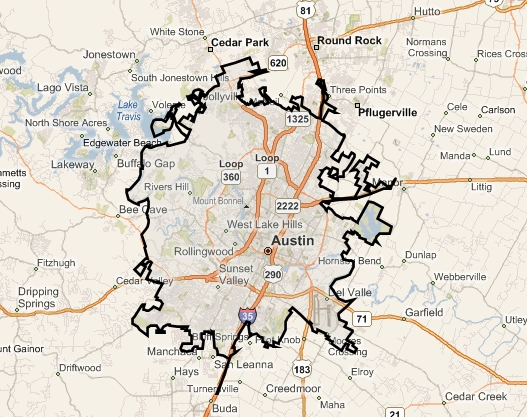 Requirements for incorporation range from a minimum population of 100 people in Utah to 12,000 in Massachusetts. (Both of those are a far cry from New York City’s nearly 8 million residents!) Some states don’t have a minimum population requirement for incorporation, and others have completely different or additional requirements for receiving this status, such as land size or population density. There are also different requirements state by state for determining not only whether a place is incorporated but what form of government (i.e. city, town, village, etc.) will rule there. Pennsylvania is one great example of the range of government entities a state can have with its more than 1,000 incorporated places, spanning 954 boroughs, 57 cities, three municipalities, and one town. Alaska is the only other state to have “municipality” as an official category for a type of incorporated government. Hawaii, on the other end of the spectrum, doesn’t have any incorporated places that are recognized by the Census – not even Honolulu.

This is just the tip of the iceberg. Some states’ towns and townships are not even recognized by the Census Bureau in the incorporated places list. And there are added layers of complexity derived from whether a city or other government unit exists as a separate entity (a town without a county, say, or, like Washington, D.C., in a category of its own), or whether a government unit is simultaneously more than one entity. Yes, cities, towns, counties, and other local government units can actually merge and fuse with one another, creating fascinating types of places such as a “balance of town,” a consolidated place outside an incorporated place, and “consolidated city-counties,” which is pretty much the sum of powers its name describes.

Census definitions aren’t the only way to understand a place, of course. The political structure of local government can vary widely. Some communities have a mayor and city council, others have commissions that citizens can take part in, and still others have delegates who vote on issues at town hall meetings.

There is a lot of technical complexity behind the places where we live, but it doesn’t stop where textbook and legal definitions end. As part of our continuing work on open municipalities, we’re going to look beyond technical definitions and into the cultural and practical meanings of cities as they’re understood by the various people who depend on them.