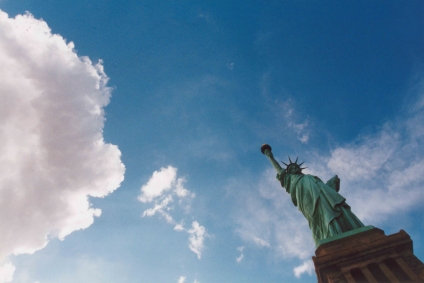 Long before the last election put new political momentum behind the stalled efforts to enact a comprehensive update of the nation's immigration laws, Washington's influence industry was teed up to make it a titanic battle, an analysis of lobbying disclosures by the Sunlight Foundation shows.

Amidst widespread reports that bipartisan groups of lawmakers in the House and Senate are hoping to unveil immigration proposals after Congress's upcoming spring recess, research shows there is an army of lobbyists ready for action. More than 3,000 people were listed as lobbyists in forms which cited immigration as an issue among other subjects for nearly 700 clients between 2008– the year after the last major effort to enact immigration reform failed — and mid-2012. (This section has been updated. See below for details.)

The companies they represent range from firms seeking high tech workers to agribusinesses in search of farm workers. And even though there has been no serious effort to enact a major immigration reform bill since 2010, the lobbyists have been working the hallways of Congress out of the national spotlight to push for their clients' interests. In 2012, an election year in which no serious immigration measures made it to a full vote in either the House or Senate, 359 clients disclosed lobbying on immigration–up from 317 the previous year.

Among the bills attracting the most mention on lobbying disclosure reports over the last five years is the DREAM Act, a bill to provide people brought to the United States illegally as children, a chance at becoming citizens of the only country many of them know. Sponsored by Sens. Dick Durbin, D-Ill., and Orrin Hatch, R-Utah, passed the House but failed by overcome a Senate filibuster. President Barack Obama end-arounded the gridlocked Congress last year, telling immigration officials not to deport DREAM-eligible young people.

New kid on the block

But if an immigrant rights issue has gotten the most attention on Capitol Hill recently, the most lobbying firepower by far has been brought by potential employers of immigrants, particularly those in the tech industry — a sector that wasn't a factor in the 1980s, the last time Congress enacted an immigration bill as sweeping as the one Obama is pushing for now.

In contrast, the tech industry has elbowed its way to the fore of the immigration lobbying pack. Tech dominates the list of the 10 companies that mentioned immigration as a lobbying issue most frequently since 2008. The sector is pushing for legislation that will keep high-skilled immigrants in the United States and provides more visas for hiring more foreigners with specializations in science, technology, engineering, and mathematics (STEM). And Microsoft leads the list. In the last five years, the company has hired 68 outside lobbyists to work on immigration issues.

The Seattle-based company has reiterated its need to bring in foreign workers for several years now. Concerned about a shortfall of highly skilled workers, tech companies have long lobbied Congress to remove various restrictions on immigration especially for people with a STEM degree. Ideally, Microsoft would like Congress to increase numbers of visas for skilled workers, known as H1B visas, and reserve at least 20,000 of these for jobs in the tech industry. The computer software giant filed for the most number of visas–more than 4,000–in 2010 and 2011. Current regulations cap the H1B visas at 85,000, 20,000 of which are reserved for applicants with a graduate-level degrees. The numbers, which are changed every year, are far exceeded by demand: just weeks after applications open up, the quota of H1B visas are filled, according to federal immigration statistics.

At a discussion at the Brookings Institute last year, Brad Smith, Microsoft's general counsel, called on Congress to “create a new supplemental category with 20,000 visas annually for STEM skills that are in short supply,” and “make a supplemental allocation of 20,000 new green card slots for workers with STEM skills.” Expanding green card slots and H1B visas for STEM workers are both issues raised in the current reform efforts; there are more than 200 instances in all of those terms dislcosed by immigration lobbyists on their disclosure forms.

Also worth noting: the software giant is a prolific campaign contributor. Microsoft’s employees and the company's political action committee have given a combined $800,000 to President Obama in 2012 and another $2.7 million to members of Congress.

Another tech company high up on the lobbying list is San Diego-based Qualcomm, Inc., a mobile technologies developer. Like Microsoft, and other tech firms, Qualcomm wants to remove the per-country caps for H1Bs and green cards. Currently, it can take up to ten years to process a green card for an immigrant from China.

Countering arguments that immigration will lead to more unemployed American workers, tech companies argue that immigrants create job opportunities through the startups they establish. The tech lobby touting studies such as the Kauffman Foundation's which estimates that more visas for immigrants an generate another 1.6 million jobs can be generated by start up visas.

Other experts argue that there aren't enough American workers for all the high-skilled jobs going begging. “When you look at individual high skilled industry jobs for the most part have very low unemployment rates, less than 1 percent in some cases,” Paul McDaniel, research fellow with the American Immigration Council said. According to McDaniel there’s also a growing shortage of primary care and family care physicians.

In addition to the tech industry, more other longer-term players have been active lobbying for increased immigration: agribusiness and construction. Sunlight's analysis shows that combined, these three sectors–tech, agribusiness and construction–have contributed more than $51 million since 1988 to lawmakers who are either on committees with key roles in drafting immigration legislation or who are otherwise closely involved with the bill legislation.

While the corporate sector, including powerful trade associations like the Chamber of Commerce and the National Association of Manufacturers, are pushing for more open immigration policies, groups that helped torpedo the last immigration bill — despite the bipartisan support of then-President George W. Bush and Democratic and Republican congressional leaders — remain active.  NumbersUSA, a nonprofit started by reporter-turned-advocate Roy Beck in 1998, argues that an increasing population will mean a decreasing quality of life in the United States. The Virginia-based nonprofit and a sister organization, NumbersUSA Education and Research Foundation, have an annual budget of more than $6 million. Neither group is required to disclose information on donors to the public.

NumbersUSA has hired three firms, Timothy Rupli and Associates, Majority Group LLC and the Mita Group, to advance its case in Congress, relying on some familiar Capitol Hill faces. Majority Group was started by a former Idaho congressman, Walt Minnick. (Minnick was ousted by tea party candidate Rep. Raul Labrador, R-Idaho, a former immigration lawyer who has spoken out against legalizing illegal immigrants, a key component in the package that Obama wants). And Tim Rupli was a staffer for former House Majority Leader Tom DeLay, R-Texas, before DeLay resigned amid charges of campaign finance violations. In all, six of the eight lobbyists hired by NumbersUSA have worked on the Hill, research by the Center for Responsive Politics shows.

In addition to lobbying, NumbersUSA runs a grassroots operation and grades members of Congress based on where they stand on immigration. For instance, Rep. John Carter, R-Texas, gets an A+ on several immigration-related issues while, Rep. Nydia Velazquez, D-N.Y., gets a F-. Numbers is focusing its opposition on the proposal to provide a path to citizenship for immigrants living illegally in the United States.

The inclusion of such a measure in the legislation that then-President Bush backed in 2007 helped bring the bill down. But some supporters for a comprehensive immigration plan predict, the time is ripe for it to work in 2013, after a series of elections in which Hispanics turned out in large numbers and turned against the Republican Party, in part over harsh rhetoric by some of its leaders about immigration. Moreover sectors that have been at odds over details of immigration bills past are working to iron out their differences in the interest of presenting a united front. “We have had unified labor conversation and focused on the future immigrants, how they get here in a legal manner and protection once they are here,” said Eliseo Medina, secretary treasurer of SEIU.

Since 2008, a few lobbying firms have emerged as the leaders in the backrooms of the immigration debate. There are 18 firms that have five clients or more who lobby on immigration, creating a web of intertwined interest groups and influencers. Of these firms, those filing the most reports citing immigration as an issue are the Morrison Public Affairs Group, Monument Policy Group and Meredith Advocacy Group.

The Morrison Public Affairs Group is headed by immigration expert and Bruce Morrison, a Democrat who represented a Connecticut House district in the 1980s and, in the 1990s, served on the U.S. Commission on Immigration Reform. Morrison's firm now represents the Institute of Electrical and Electronic Engineers, or IEEE-USA, a conglomerate of thousands of tech and electronic companies, and the American Hospital Association among its clients and has filed over 150 reports in the last few years with immigration cited as one of the issues it addresses.

At a recent House Judiciary Committee hearing on immigration, Morrison, a former member of the panel, spoke on behalf of IEEE-USA, a group representing U.S. software engineers, about the issue of additional green cards for high-skilled workers.

Morrison's firm is small by Washington standards; Monument Policy Group represents at least 20 clients on immigration issues, including the U.S, Travel Association and Microsoft. Some of the firm's top lobbyists include Ryan Spangler, who worked for Vice President Joe Biden when Biden was a senator; Andrew Howell, an expert on Homeland Security issues and Timothy Punke, a former Senate staffer and with the Clinton White House.

The wide range of interests involved in immigration reform could help build momentum for legislation — or could, as has happened in the past, create political cross-currents that will bring the bill down. But while there are some reports that recent talks between the business community and labor has hit a wall, some are still hopeful that this would get through Congress this year. “All of the hateful rhetoric and the controversy has enlightened a lot of people about how the system is broken, and these people have refocused,” said SEIU’s Medina.

Clarification: We cannot say that the 3000-odd lobbyists worked on immigration alone because some of them could be employed by the same client, but working on other issues.