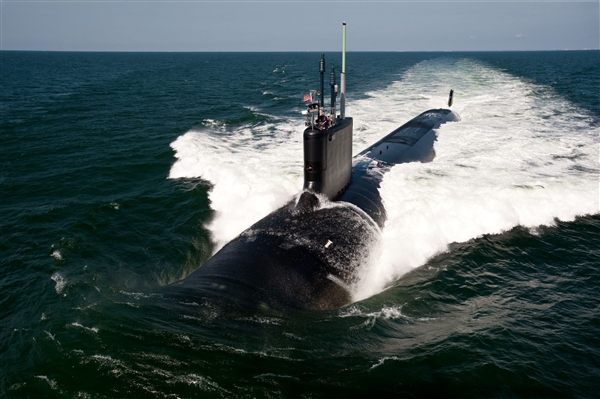 Of the roughly 1,040 Pentagon procurement programs–the $99.3 billion part of the Defense budget devoted to purchasing new equipment–some 212 of them, worth $21.4 billion, fund the work of a single company.

The Army wants $551 million to buy surface-to-air missiles from Lockheed Martin. The Navy wants to spend $157 million the aerospace giant’s KC-130J tanker plane. The Air Force has $291 million worth of JASSM missiles on its wish list. Altogether, defense procurement programs worth $6.9 billion name Lockheed Martin as their sole contractor. And they’re not the only one: 14 companies, including Boeing, Raytheon and Northrop Grumman, were the only contractor listed on programs totaling $100 million or more.

Congress is now in the midst of its secretive spending process, with members of the Appropriations Committees of the House and Senate considering programmatic and language requests submitted by their colleagues–increases or decreases in the amount spent, or changes in emphasis in each program in the federal budget. Unlike an earmark, which directed money to a single, named recipient, a programmatic request refers only to a specific program in the the federal budget.

Some requests ask for additional funding for programs with hundreds of thousands of individual beneficiaries like loans and other aid for low income housing. And some requests can benefit a handful of contractors, or even just one.

Defense Appropriations Subcommittee Chairman C.W. “Bill” Young, R-Fla., instructed colleagues to “include the applicable account and line number in the beginning of the program request description (i.e. RDTE A Line 30).” That particular account refers to the Army’s Research, Development, Test and Evaluation budget; line 30 is for medical advanced research, which, according to the Army’s budget justification documents for the program, includes 8 separate projects ranging from treating combat injuries to breast cancer.

In contrast, line 4 of the Navy Procurement budget refers to advanced funding for Virginia Class submarines. The Navy’s budget justification lists Connecticut-based Electric Boat, a subsidiary of General Dynamics, as the prime contractor (four other companies–Kollmorgen, Lockheed Martin, BAE Systems and Stanley Associates, provide components for the submarine). In 2012, during the last round of Pentagon budgeting, one of the company’s home state lawmakers, Sen. Richard Blumenthal, included that line item in his programmatic requests, which he disclosed online. Blumenthal requested an additional $777.6 million to expedite work on an additional submarine. The Navy’s current budget justification notes that “Advance Procurement includes $778M required to fund the 2nd FY14 SSN as proposed as a FY13 Congressional Add.”

Chances are Blumenthal wasn’t the only member of Congress who requested the additional funding. But because neither the Senate nor the House discloses programmatic requests, it’s impossible to say how many other members of Congress added their names to the request for additional funding for the Virginia Class Submarine.

Programmatic and language requests can direct hundreds of millions of dollars to programs that benefit a specific company. But unlike earmarks, many of which went to obscure firms like Kuchera Defense Systems, companies that have their own programs are generally among the biggest defense contractors. Lockheed Martin, for example, is the sole contractor listed for procurement programs totaling a proposed $6.9 billion, an increase of $1.3 billion over the programs’ budget in the last fiscal year. Boeing is the sole contractor listed on $5.8 billion worth of programs, a drop of $95 million from last year. Raytheon was listed on $2.2 billion worth of programs, Northrop Grumman for $1.7 billion, and United Technologies for $1.2 billion. Not every dollar budgeted for those programs will go to those contractors–part will pay for oversight of the project within the military and other expenses, some will go to subcontractors, but if the Pentagon buys an extra submarine, or ups the number of replacement engines for the Joint Strike Fighter it acquires, the firm that provides those items will benefit accordingly.

In the first quarter of 2013, all five companies have disclosed lobbying on the procurement budget (to see the disclosures for Lockheed Martin, click here and here; for Boeing here and here; for Raytheon here, for Northrop Grumman here and for United Technologies here).

To view or download a complete list of Pentagon procurement programs that list only one recipient in the budget justification, click here. The data comes from a spreadsheet we downloaded from the Comptroller of the Defense Department; we looked up each line item in the procurement budget justifications–available from the Army, Navy, Air Force and Defense Department–to look for contractor names. As always, if you find errors, please contact us and let us know. Note: We only looked in the procurement budget for Defense, so this by means exhausts the number of federal programs that primarily benefit one company.

To read prior posts on darkmarks, click here and here.