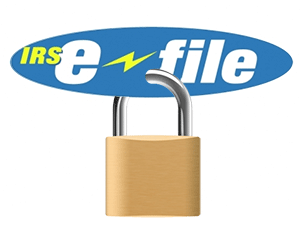 Carl Malamud’s been busy recently, playing an important role in opening the D.C. Code. But that’s not all he’s been up to. For years, Carl’s efforts at Public.Resource.Org have helped to distribute the data provided to the IRS by nonprofits through Form 990. The data contained in this form is vital public information: it can help donors figure out who’s running a nonprofit and how effectively. If you’ve ever used a site like Charity Navigator to research your giving decisions, you’ve used 990 data.

Nonprofits are required to publish this data for good reason: their exclusion from various tax liabilities amounts to a huge subsidy from government to all kinds of activity (each dollar’s worth of uncollected taxes is a dollar that has to be borrowed or collected from someone else). This subsidy will add up to around $60 billion in 2013 alone, according to government estimates (you can see this breakdown courtesy of the Pew Tax Expenditure Database by looking here, here and here). 990 data helps to ensure that the system isn’t being abused.

The IRS currently publishes — and Public.Resource.Org redistributes — 990 data as PDFs. But the IRS has been modernizing its systems and rules, and big nonprofits are now required to file electronically. Many smaller nonprofits do, too; after all, it’s more efficient.

But so far the IRS won’t publish the e-file data. Instead they give us PDFs, forcing those who want to work with 990 data to spend time and money re-digitizing information that already exists as well-structured, machine-readable data.

It’s wasteful and unnecessary. Carl has been leading the charge to get this information, and Sunlight recently joined other organizations like MuckRock and Serious Givers in FOIAing for some e-file records that would be useful in our own work. The IRS refused, pointing us to the same PDFs we already have.

This is unfortunate, and not only because lawyers are starting to become involved. The data in question is public; why is the IRS insisting on making it unnecessarily hard to use? It’s depressingly reminiscent of other recent fights in which government has agreed to transparency measures, but only if they’re made so inconvenient that no one’s likely to actually use them.

Carl’s most recent letter to the IRS explains the situation well, and makes it clear that releasing e-file data is the way forward. We join him in calling on the IRS to modernize their approach to releasing 990 data.