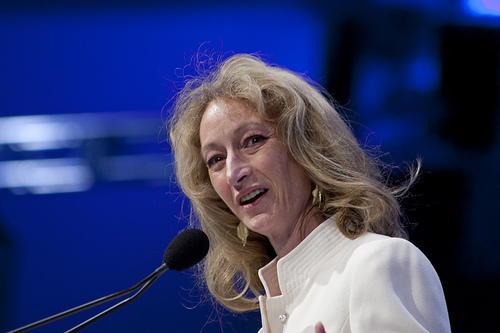 That’s the response MapLight, California Common Cause, and 10 other media, transparency, and reform organizations (including Sunlight) received last Wednesday to a letter submitted to the office of California’s Secretary of State.

The letter made a simple request of Secretary Debra Bowen’s office: Add the option of downloading bulk data from California’s campaign finance and lobbying database (Cal-Access) by posting it in one, downloadable file on the website. Then, keep the information up-to-date. Not quite a hamfisted transparency reform, but one that’s proved to be quite revealing about online disclosure in the Golden State.

Currently there are only two ways to access the information contained on Cal-Access. The first is to slowly surf through the portal’s online interface, choosing limiting, specific sub-fields of information types (i.e listing by Certified Election Candidates; Incumbents; etc), and relying on the system to generate specific reports that do not allow users to easily compare (or download) information.

The second way is via CD-ROM. Yes, to gain “open” access to structured, bulk data from the state of California about campaign finance and lobbying information, you need to submit a request and pay $5 and wait for the state to send you a CD-ROM.

There are a lot of problems evident in this scenario, not the least of which is the delay (up to a month!) caused by needing to translate information that already exists in an electronic format into a “physical” one (the CD-ROM). This delay not only costs the state in terms of staff time and resources, but also has a huge cost to the citizens of California. Californians have a right to unfettered access to public information — like lobbying and campaign finance reports — which provide vital knowledge and data about how the state government operates and who is trying to influence that power.

Five dollars — or fifty — is too high a cost to pay for this access.

But Secretary Bowen’s denial of Maplight and Common Cause California’s request had less to do with questions of cost related to processing requests (Bowen even apologies for any egregious delays in receiving the CDs) and more to do with legal concerns:

As my staff has communicated to Mr. Ung of Common Cause several times since this issue was first raised in 2011, providing Internet access to these reports is prohibited by current law.

Secretary Bowen goes on to cite section 84602(d) of California code (a provision of the Online Disclosure Act), which does prohibit releasing certain kinds of information on the Internet — data containing “the street name[s] and building number[s]” and “any bank account number[s]” related to individuals listed on electronically filed forms. Independent of whether these exemptions should have been written in the letter of the law, it is generally considered a best practice to appropriately withhold sensitive information — when balance-tested against the public interest, of course. That said, with the power of redaction and few lines of code, it would seem fairly easy to bring California’s data to a place where it could be distributed openly and in bulk without violating section 84602(d).

Not so! Redaction, Secretary Bowen says in her letter, is not an option thanks to the current Cal-Access system. As for whether any new developments could take place, the Secretary sounds a doubtful note, stating that it is “not clear” whether “creating such a ‘filter’ [for the information prohibited to be released online by Online Disclosure Act] is cost-effective” as it would divert resources from “other high-priority responsibilities.”

Other high-priority responsibilities? Whether a government agency operates at the local, state, or federal level, providing open access to public information in structured, non-proprietary formats and, when possible, in bulk, is (or should be) a high priority. Just like us, technology ages, and so, too, do the systems, programs, softwares, and other mediums that we use to access information. Ensuring true public access to public records means not just being aware of technological advances, but making assertive strides towards keeping information up-to-date, within the reach of the public, and structured in such a way as to keep up with times, without prohibiting future use.

By contrast, treating information disclosure as ornamental, as California seems to, results in the kind of clunky system like Cal-Access that does more to block public access than promote it.

Surely, integrating a new piece of technology (a click-to-download button on a pre-existing website!) or disclosure workflow that ultimately lightens the burden on government and on the public would be a better solution than the one that Secretary Bowen suggests: a pre-scheduled daily CD-ROM delivery (“that can be picked up by someone from one of your organizations at an agreed-upon time during business hours on workdays…”). Or, her second savvy alternative: A download to an external hard drive or thumb drive (with it’s own circus of delivery and pick-up procedures).

As Phil Ung, Policy Advocate at Common Cause, noted in a press release last Wednesday, California appears to be held hostage by a “14-year-old computer system that everyone agrees should be replaced.”

The steps for reform here are many, from implementing a new disclosure system to addressing the capacity to update or enhance Cal-Access internally. And while some of these reforms may be inevitably in California’s future (can clunky software last forever?) and may end up being costly if not properly thought through, there is also a path forward for the short term — if the Secretary of State’s office is willing to listen. The first step is to just to release bulk data. The request submitted by MapLight, Common Cause California, and others (and denied by the state) provides a simple, low-cost path to this release, offering a solution that wouldn’t require much more “processing” than setting up a simple download button and suppressing a few fields of private information (which is hardly rocket science — and something that the advocacy and tech community in California would be more than happy to consult on — if asked).

“Allowing raw data of campaigns and lobbyists to be made available online should be simple and common sense,” Ung said.

We agree, and hope that California will take the lead in making these common sense changes. They can start by surrendering the CD-ROMs and starting to listen.

Full text of MapLight and Common Cause California’s letter can be found here.