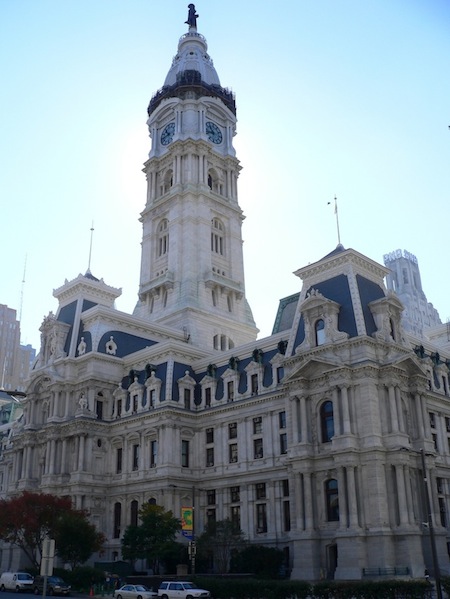 We found a varied landscape when we explored what cities include in releases of lobbying data and how they release it, but one thing is clear: Disclosing and contextualizing lobbying data can have a high impact on a community. Journalists and other watchdogs who dig into municipal lobbying information have unearthed a wide range of stories illustrating the relationships between money, access to power, and the decisions made by those who have power. Raw lobbying information alone doesn’t necessarily make for an insightful story about the world of political influence, but it’s a key data set that is essential to revealing these kinds of narratives.

This is especially clear in Philadelphia, where information from the city’s lobbying registrations and quarterly reports have been pulled into a searchable, sortable database called Lobbying.ph. Casey Thomas, a Philadelphia developer, was part of the team that created Lobbying.ph at a local hackathon in February 2012, and he expanded on it before joining AxisPhilly, a non-profit news organization, later that year. AxisPhilly now houses and maintains the project.

Using the search and analysis enabled by Lobbying.ph, AxisPhilly has been able to write stories about who is trying to influence everything from casino licenses to paid sick leave bills because Philadelphia’s data includes information about who companies are lobbying and what position they are pushing on a specific piece of legislation. Local lobbying disclosures also paved the way for AxisPhilly to craft a list of the top 10 efforts to influence local government and to track lobbyist gifts to city council. AxisPhilly isn’t the only watchdog benefiting from open lobbying data, however. Other Philadelphia media have used information from Lobbying.ph in reporting, including PlanPhilly, Philadelphia Weekly, and Technical.ly Philly.

Without access to data about lobbying disclosure, these kinds of meaningful analyses of political influence might not be told — in the media, or elsewhere — and citizens might not be able to learn who is trying to influence their elected officials’ decisions. Open data about influence empowers people to be watchdogs and track the views that are being presented to those with power. It gives them a chance to see what views are not being represented, too.

These kinds of impact examples of releasing municipal lobbying data can be found in cities across the country. In Chicago, the app Chicago Lobbyists used city data from 2010 to illustrate what could be done with this kind of information. The site aggregated information from the city to easily show categories like the highest-paid lobbyists, the most active clients, and the most-lobbied city agencies.

The release of this lobbying information has helped Chicago news groups write stories about the highest-paid lobbyists, the revolving door, and how knowing the mayor seems to lead to an increase in lobbying revenue. Reacting to the release of this data, Chicago Mayor Rahm Emanuel said, “There’s no more hiding the ball as it relates to who’s paying a lobbyist, who the client is and how much they are receiving to represent them.”

As for Philadelphia, we might see more use of this data in news stories and apps once the new lobbying website is launched and more detailed disclosures are posted online in a reusable format. As it stands now, the information that powers Lobbying.ph is posted online but locked up in PDFs from a temporary solution to a failed contract. Casey Thomas of AxisPhilly has been fortunate to receive spreadsheet versions of the registration information by asking for them from the Board of Ethics, the city agency overseeing lobbying information. Expense filings still have to be entered by hand from the PDFs, however.

Without electronic filing (which is expected to be part of the new website), there are also many different ways people fill out the required lobbying disclosure forms. For instance, if a lobbyist is disclosing information about a meeting with a city official, when citing the legislation being discussed they might list the common name of the bill (“paid sick leave bill”) or the bill number (“Bill No. 110557”). Lobbyists might also use different ways of identifying which city officials they talked with — they could list a city council member by their full name, by just their last name, or by their ward. Reconciling those different listings takes time and research.

These challenges to analyzing Philadelphia’s lobbying data — which may be temporary  — haven’t prevented stories from emerging from the data that is available. Philadelphia shows that even data in PDFs can fuel narratives about influence and power, and people are hungry to find and use this information to inform themselves and their community.

For ideas about how your community can approach lobbying data, check out our Municipal Lobbying Data Guidelines.