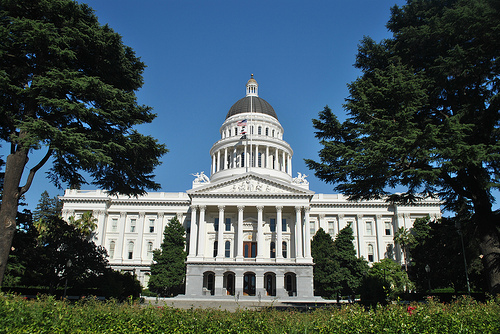 The California legislature is on the brink of cutting local governments loose from compliance to public records requests. If signed into law, SB 71 and AB 76 will allow local agencies to consider certain provisions of the California Public Records Act “optional”, allowing California’s towns, cities, counties, and other local jurisdictions to decide for themselves when to follow the Act’s so-called “best practices” — and when to ignore them.

These regressive provisions are actually part of a larger budget deal spanning many cuts: Putting the axe to public access will supposedly save “tens of millions” of dollars paid in reimbursements to local agencies by the state for compliance with right-to-know laws.

This argument has been used in California before — that transparency legislation that benefits the public by making access to information more timely, more modern, and more readily available — that may even reduce costs to government in the medium and long term — costs too much in the short term for the state to even contemplate. In fact, this time last year, this argument was used to derail an amendment to the California Public Records Act (SB 1002) that would have increased the compliance of local agencies with the law in order to make more electronic versions of information available, using open formats when possible. The California League of Cities and others reacted to this bill with umbrage, claiming that it imposed new standards of disclosure and publishing without providing the financial means to help agencies comply. Moreover, they claimed,

SB 1002 was not a perfect bill and, certainly, the gist of the California League of Cities’ argument is well-taken: Unfunded mandates by a state rarely make willing partners of local government. But to choose to rest on our filing cabinet laurels because there is “no urgency” to address data quality and transparency only leads to the situation that California is in today. Now the state faces not only an overwhelming amount of local government information locked in legacy systems and processes that local agencies are loath to reexamine (and the state scared to address), but a potential gaping hole in the state’s freedom of information law that would blatantly give local governments an out from operating as functional democratic institutions.

Burdens are scaled. A municipality with a population of 10,000 people doesn’t have the same data demands and filing schemas as a county home to nearly 10 million. Their resources are fundamentally different and their ability to innovate, to keep staff and integrate new technology — let alone balance their budgets — are different, too. But the size or wealth of a community doesn’t change whether or not you, as a resident, have a right to interact with your government, to request and receive public information, to ask questions and be answered. If the state is feeling the burn of citizens participating in a democratic dialogue with their local governments because of how that state manages its public records, then something needs to change — not be eliminated.

If SB 71 and AB 76 include these measures only in the spirit of reducing the costs associated with public records requests, then California’s legislature should consider its constituents as allies: In 2004, as the Electronic Frontier Foundation reported, the citizens of California chose to “incorporate a right to government transparency into the state constitution by overwhelming majority vote” — and if that doesn’t sound like a people willing to think about the hard short-term costs to reforming the way that local and state agencies interface, distribute, and pay for the systems that support their right to know, I don’t know what does.

Under the new law, setting reasonable deadlines for responses to public records requests (currently 10 days just for notice about whether or not the information is disclosable), providing electronic copies of documents (if the records are already digital), and helping requestors identify documents will all be considered “optional.” To opt-out, a local government needs to only “orally” announce at their “next regularly scheduled public meeting” that they’ll be doing so. How will you know if your local government has opted out? Perhaps you can search through the meeting minutes they post online — unless your government has opted-out of that, too.

California is a big state and, just as burdens are scaled for smaller governments, there is no denying that bringing sunlight to all the information held by the Golden State is a substantial task. But as big as this burden may be, it must be tested against the importance of the public interest in upholding the integrity of the freedom of information. In this case, the interest is substantial, spanning a population of over 38 million people.

Tax dollars spent effectively to support systems that make information available to the public online, in real time, using structured, machine-readable formats are not wasted. Just the opposite. When Congress moved to gut the federal Electronic Government Fund in March 2011, we defended it because, in terms of transparency and accountability, some programs (and laws) are priceless.

Sunlight joins the call to urge California to drop anti-transparency measures from SB 71/AB 76 immediately. The state’s budget cannot be balanced by rolling back transparency measures that are essential to California’s identity and functional operation. We hope that California’s local governments will take a stand to defend their integrity by demanding that the Public Records Act be left out of the budget deal and that Governor Jerry Brown will veto these provisions posthaste.