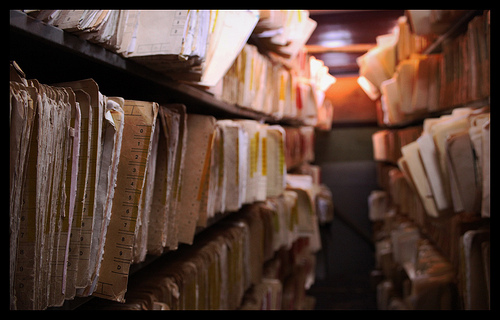 The advantages of using electronic records and providing more searchable, accessible records are sometimes overshadowed by one concern: money. Many governments shiver at the thought of dealing with expensive new management software, disruptive staff trainings, and the potential (though always arduous) IT-procurement fest that the words “electronic records” bring to mind.

That was the response of the Ohio Municipal League when considering the DataOhio Initiative, an open data plan for the state that we wrote about here. The League identified that, among other concerns, the proposed $10,000 state grants to help local governments with the transition to electronic records might not cover all the associated costs municipalities would have to wrestle with.

Such concerns are not without merit. Electronic records certainly come with the price tag of integrating a new system (and management process): the costs of digitizing existing records, the cost of server space for storing the digital records, the cost of training staff on these new processes, and potential additional costs that might come with building a platform to make this information public-facing. However, these costs — and others — should be put into context, and compared with the alternative.

Keeping paper records already costs governments a considerable amount of money. From ink and paper to the physical storage space required to house all of the documents, managing a paper filing system is not cheap. Stow, Ohio, for example, was spending some $43,000 in one year on printing costs. In Avon Park, Florida, one overwhelmed records clerk resorted to storing public documents in boxes under a staircase because the records room was so overflowing.

Staff time is also required for managing paper records and responding to requests internally — let alone from the public. Although the initial cost of digitizing records to make them more accessible might seem daunting, we have to consider that the upkeep costs for electronic records might be less expensive than for paper records.

The value of electronic records over paper needs to take into account long-term records retention and access and must go beyond “actual costs” to look closely at the public interest (and government gains) in proactive, electronic disclosure.

In Newport Beach, California, a transition to electronic records was used as an opportunity to streamline internal government processes. The existing system for records storage had been around since 1998, but upgrading to a new system gave the city a chance to choose a platform that increased flexibility and, likely, cost savings: The new platform was designed from the start to allow for the kind of “open architecture database” that could integrate with the different softwares currently in use by different departments and to accommodate future software additions and changes, as well.

This kind of improved internal efficiency can also help lower the costs to the public. Obtaining public records used to mean submitting a request to a government staffer, who would find and create copies of records to then send them to the requester, usually for a fee. Most fees are calculated based on the costs of the staff time involved, along with the cost of the paper and ink used to make copies, and can result in some incredible costs for those making records requests. In Tennessee, a journalist was told it would cost nearly $35,000 in “labor and printing costs” to provide the records they had requested for an investigation into a state agency. As the reporter put it, that kind of price tag puts records out of many people’s reach.

Governments, open government advocates, and watchdogs who rely on access to on public records can all benefit from more efficient, cost-effective systems of managing public information. We hope to see more local governments recognize the benefits of electronic records, and we’ll be continuing to watch out for signs of it. In the meantime, we’re collecting helpful resources on public records issues in this editable research document (feel free to add any additional information that might be helpful).