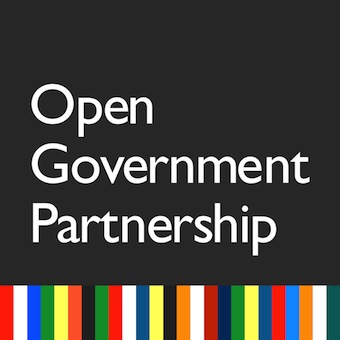 The Obama Administration is expected to release the second version of its Open Government Partnership National Action Plan this fall.  The Open Government Partnership (OGP) is the primary multi-national initiative for open government, founded in 2011. The original US plan, released on September 20, 2011, covered a lot of ground, but also suffered a lack of detail and ignored several of the most pressing transparency issues. (Both money in politics and national security went uncovered.)

Given the US’s leadership role in the world (and in OGP), and the variety of issues the country faces, we hope the US National Action Plan will demonstrate how an administration can use transparency reform to help address some of the most fundamental challenges it faces.

The following are four Sunlight priorities for the upcoming US National Action Plan, and are priorities that we’ve often repeated to White House officials in our work.

The President should commit to collecting and disclose information about when lobbyists are seeking to influence the executive branch. All information should be electronically reported and disclosed in a searchable centralized database, and should be available in real time. By establishing more robust disclosure requirements around executive branch lobbying, the administration would immediately provide the public with a better understanding of who is trying to influence government spending. The White House already took a step in this direction with the release of the visitor logs data. To have broader lobbying disclosure is a logical next step. Such a system, while not perfect, has already been tried to strengthen the implementation of several new laws, including TARP, ARRA, and Dodd-Frank, empowering oversight and investigative journalism.

Information about influence peddling, including details about who is the target of a lobbying effort and what the specific ask is, are critical to voters trying to make informed decisions about whether their representatives are truly representing their best interest.  More robust lobbying disclosure also results in more informed decision-making by combating the information asymmetry that results when lobbyists representing only one side of an issue are being heard.

Such steps would provide the public with a better understanding of who is trying to influence the executive branch, the programs and agencies being influenced, and the impact on the budget. It would also demonstrate the administration’s commitment to lobbying reform more generally, and compliment new efforts to encourage Congress to pass lobbying reform legislation in Congress.  The president must provide leadership on this issue, expressing his support for reforms that would ensure that those who are paid to lobby register and report their activities, and that the targets of lobbying efforts are also disclosed.

The Obama Administration should commit to advocating for new laws to create reliable disclosure of dark money in politics, and also commit to take whatever unilateral actions are available to create accountability throughout the executive branch.

Obama, in 2007, initially pledged to take part in the presidential public financing system for the general election, calling himself “a longtime advocate for public financing of campaigns.” However, in 2008, he reversed that position and after his 2012 campaign, created a new nonprofit that would accept unlimited corporate donations. Campaign finance issues, seem to have fallen by the wayside and campaign finance was completely left out of the first National Action Plan. In the absence of a Presidential commitment, the public can expect to continue to be left in the dark about what interests are influencing elections and public policy.

One way to ensure that we know whose money is influencing our elections is to pass the DISCLOSE Act or similar measure. This bill would limit expenditures by certain parties (including TARP beneficiaries) and would give shareholders, organization members, and the general public access to information regarding corporate and interest group campaign expenditures.

Even without Congressional action, the President could also use an Executive Order to require contractors to disclose their political spending, and create a policy to require disclosure for top administration officials’ participation in big dollar fundraising. The President should take up the mantle for campaign finance reform that he had originally advertised as part of his presidential campaign.

Federal grants reporting suffers from serious data quality issues, tax expenditures (despite being a quarter of federal spending) are only estimated, not measured, federal contract information is often treated as proprietary information, and the budget process remains inscrutable to all but the most devoted experts. We’ve been big fans of the DATA Act, which would help to solve some of these problems, and have real hope that it will pass (in some form) in the coming year. This, too, would be aided by an Obama Administration commitment to see the bill passed. The President could also narrow exceptions for the types of spending that are required to be posted on USASpending.gov, and create a system to consistently identify award recipients.

The President should build on the recent advancements in federal open data policy (like the recent Executive Order (EO) and the G8 Declaration), by committing to specific new data releases and by strengthening the data audit requirements in the recent open data policies through stronger definitions and oversight.

For example, as part of the new EO, agencies were charged to produce enterprise data inventories, comprehensive listings of the data held by each federal agency. What happens if agencies fail to comply is still largely unknown. An open data provision as part of the National Action Plan could be wielded to provide clarity and to help the Obama Administration enforce this and other deadlines from the EO. There are also a wide variety of data sets that could be made more transparent as part of the current federal activity or through increased attention to open data as a “National Priority”.

The President should ensure that continued efforts from his Administration for open data strengthen the current EO provisions by examining data holdings government wide, not just in the executive branch, and by pushing Congress to pass the Public Online Information Act. Ensuring that public information is proactively posted online, as suggested in the Public Online Information Act, that data be available in bulk and in structured formats, and systems that power open data should be supported and expanded are all crucial steps for the sustainability and long-term success of data disclosure efforts in the US.

We also note that it’s very difficult to tell what progress is currently being made on the US National Action Plan, which is entirely understandable, since the government’s funding has been withheld.

The National Action Plan presents an opportunity for the Obama Administration to continue pushing on a number of issues where it has been a leading voice as well as publicly recommit itself to ideas that it has abandoned over the past several years. We hope that it will do both of these things by publicly committing to concrete steps towards transparency in lobbying, campaign finance, financial information, and open data.

Photo via the Open Government Partnership.