Launched last week by Madrid-based nonprofit, Civio, Quién Manda (Who Rules?) takes on the task of monitoring the goings on of Spanish public officials and influential corporate leaders. The platform has been designed to keep an eye on the unmonitored, and rarely recorded interactions that Spanish politicians are having behind closed doors, tinted car windows and somehow frequently right in front of the lens of a camera.

The team at Civio has tasked themselves with tagging photos a la Facebook with as many high profile names as they can. Each individual and corporation that gets tagged receives a profile that collects all tagged photos and displays the power connections that have been identified, along with links to social media accounts and any available biographical information. The system currently has over 100 tagged photographs, identifying over 2500 relationships. 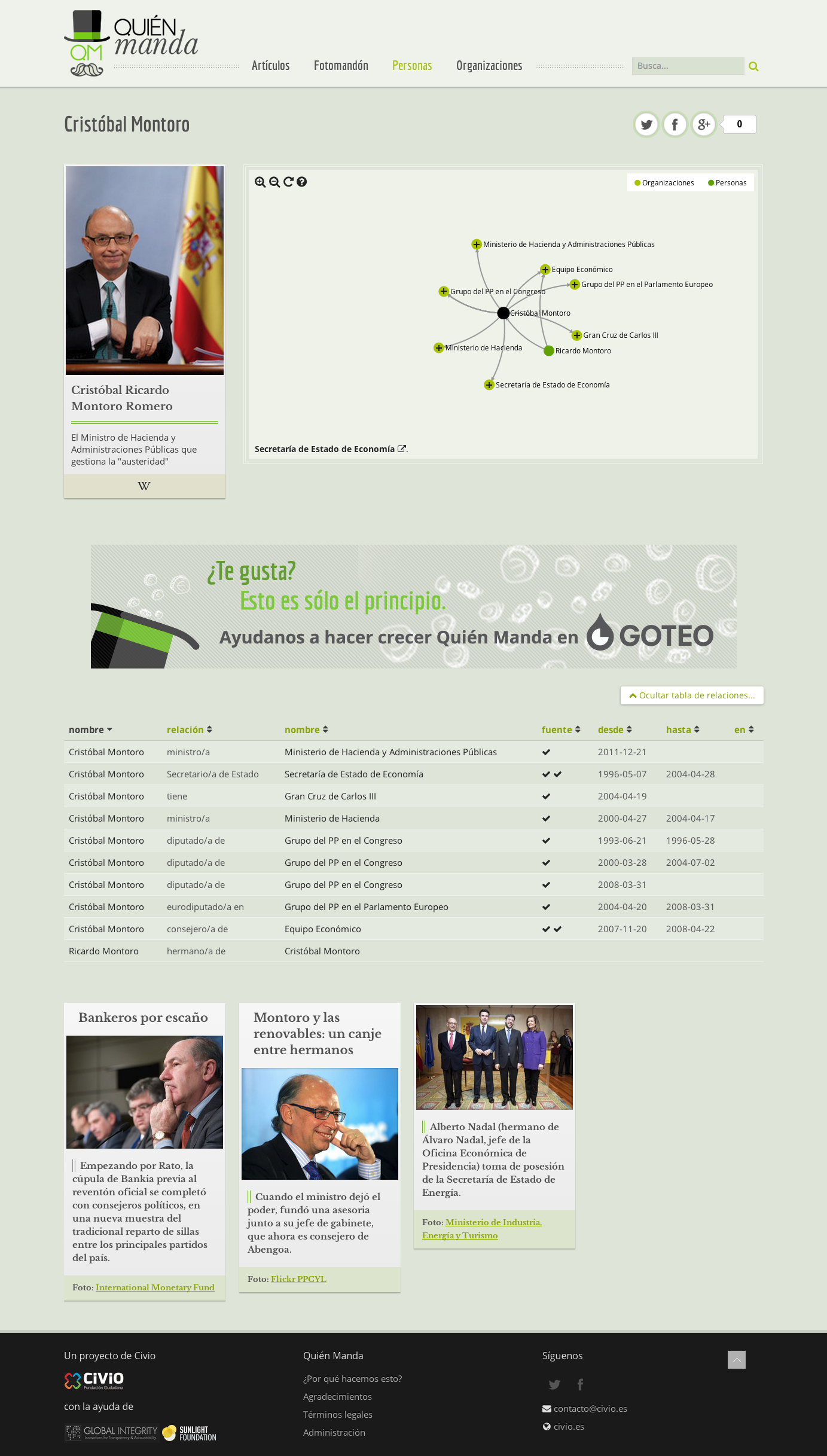 As part of Sunlight’s international exchange program, I just returned to from two weeks on loan to Civio. When I arrived, they had already produced a seemingly fully functional tool. With the assistance of a freelance designer they had wireframed, created a logo, and implemented a prototype of the site. My job was to build off of the direction they had established and create design mockups for them as quickly as possible. Two weeks later, the day before I left, they launched Quién Manda with it’s newly implemented design.

Working with the team at Civio was a fun experience. At Sunlight, we have the luxury of a full design team and the expectation that we can find the resources amongst our large and diverse staff to pull off the projects we dream up. Civio’s team is smaller. They have three full time and one part time employee on staff, dividing their efforts amongst content creation, grant writing, web development and promotion. Needless to say, they were very busy while I was there. With a deadline looming, we all worked as efficiently as possible to get Quién Manda out the door. 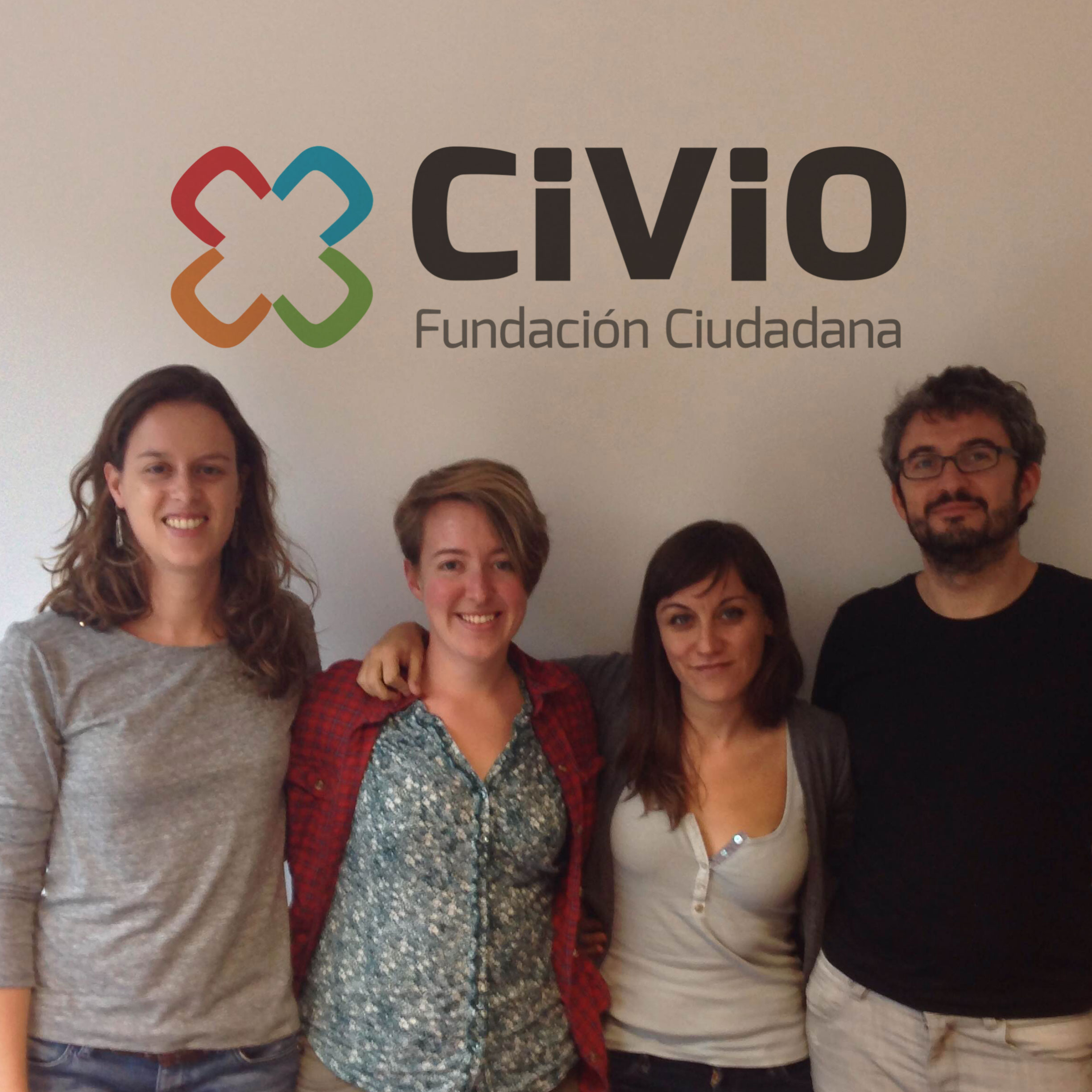 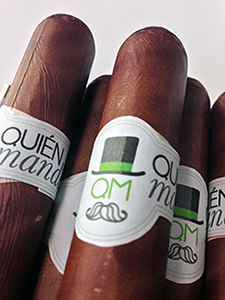 On my last day there I had a few extra hours to work on some tangential projects, creating a few assets related to their crowdfunding campaign on Goteo. I ended my time there by wrapping chocolate cigars with Quién Manda branded cigar wraps for their launch celebration.

It was interesting to work with an organization that’s end goal parallels ours, but encounters different variations of the problems we face in the United States and the challenges we tackle at Sunlight. While I was working on Quién Manda, I kept thinking of it as a variation of Influence Explorer within the limits of less available data and through the lens of our experimental project 180 Degrees. Check out Quién Manda, and throw a drop or two in their bucket at their crowdfunding campaign.