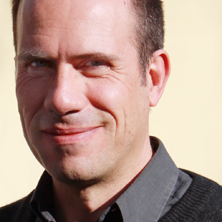 not responsible for the accuracy of any of the information within the guest blog.

Vittorio Alvino is the founder of Open Polis — an independent organization that promotes transparency and the democratic participation of Italian citizens by developing and implementing projects to enable free access to public information on political candidates, elected representatives and legislative activity. Vittorio can be reached at v.alvino@openpolis.it

With Open Parlamento we wanted to tear down the wall between the Italian people and the institutions that govern the country by publishing and sharing all relevant information on the activity of the Italian parliament. When the project began in 2009, our organization was the first to publish data about parliamentary attendance and details about each voting session. Although we do not always succeed, our goal is to reach the everyday citizen with simplified and comprehensible information about what happens in the Parliament and offer some interpretation – based on data – of politicians’ behaviours and choices.

Sadly, the political debate in Italy in recent years has progressively deteriorated. Parties and institutions have lost much of their credibility and the focus of the general public has shifted towards scandals and corruption. In the meantime, far away from the center of attention, economic and political interest are at stake.

Through the simple use of parliamentary data, we want to empower citizens by giving them the chance to create and support their own political opinion. For this reason, the data needs to be elaborated graphically, making it easier to understand. The same information is also analyzed by our staff in order to find the “news” behind the data. All of our work is then shared via web, social media and Italy’s main news outlets. Interestingly enough, at times our users, besides national media, are the first to use the data from Open Parlamento as their source for graphic elaborations, articles, tweets and reports. 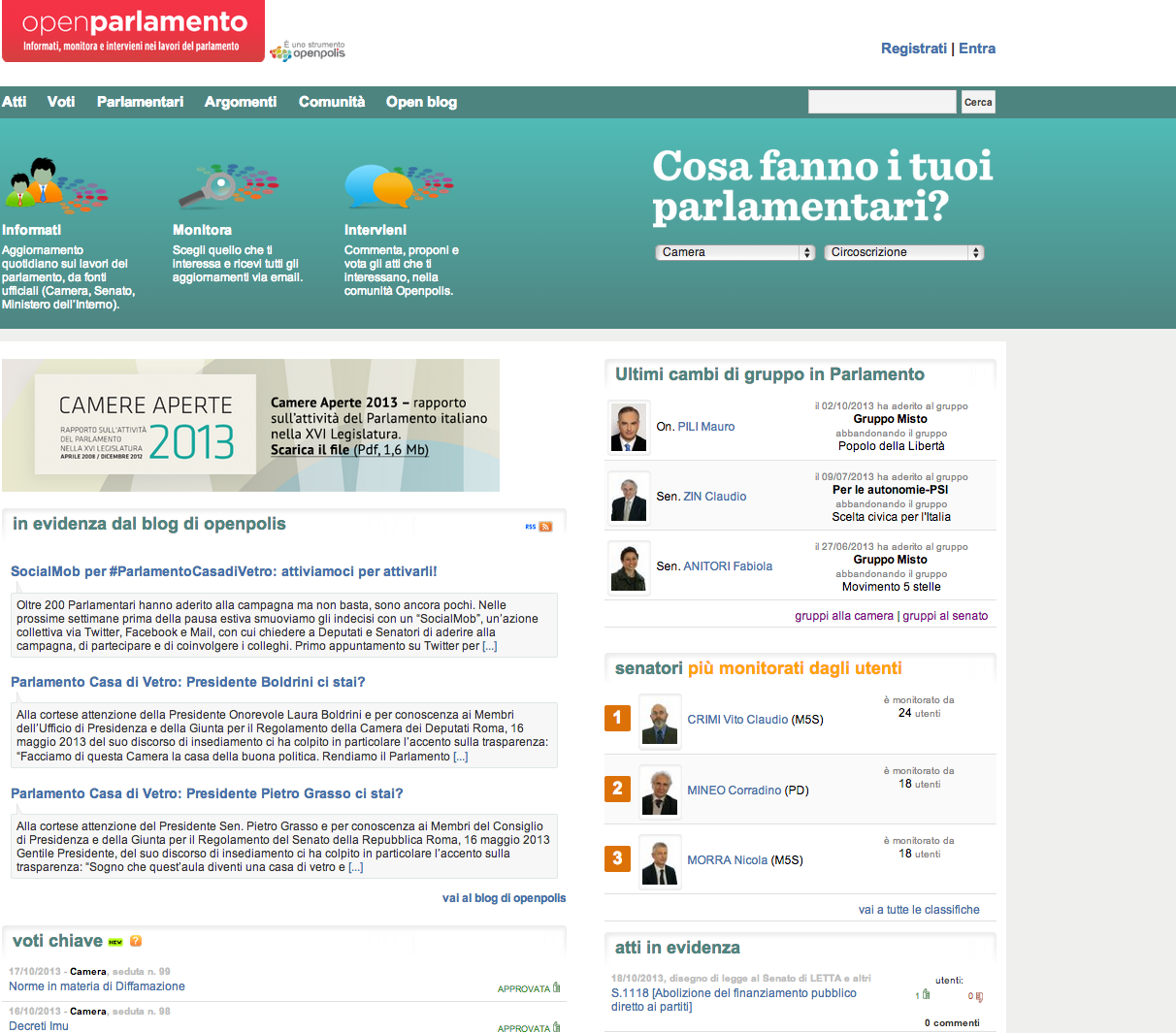 The obstacles in this field of work are many, but things have gotten better in recent times. Nonetheless, much still needs to be done in order to improve the process by which data are updated and collected. Due to incomplete and rarely updated open data, we’ve been forced to develop programs that on a daily basis scrape thousands of web pages from the sites of the Italian Parliament.

Today it would be fairly easy to obtain all the info regarding important issues, who deals with them and what interests are at stake. All of this could be made public, in order to create public debate and attempt to find available solutions, discovering who is gaining and who is losing from the specific situation. The data and the technology have been available for some time now and if nothing has happened it is only because of a lack of will. The elites prefer to make decisions in the shadow and away from public attention, in order to keep their privileges intact.

For example, little is to be known about the work and the daily activities of the Parliamentary Committees: neither attendance, voting sessions nor stenographic reports are published. For this reason, a couple of months ago we launched the campaign #ParlamentoCasadiVetro to reform parliamentary rules and to make information on daily activities public and accessible.

We’ve created an ad hoc website in which we constantly update the list of representatives that endorsed the campaign and where users can easily contact those who haven’t (via email or social media accounts). We organized social mobs on Twitter, events that, especially through the pressure of citizens, brought to the subscription of many Members of Parliament to our campaign. Finally, we drafted text which we will soon ask users to discuss and vote on.

It must be said that transparency does not just mean the complete availability of huge amounts of data. In order to actually use the data, technical and technological competences are needed to be able to analyze it. Data needs to be explained, graphically transformed and publicly discussed: this is the real meaning of transparency. The simple publishing of public data does not necessarily mean more information or democracy. Actually, in the current context of economic, social and cognitive imbalances, increasing the amount of data and information simply benefits the elites. Our message is clear: transparency does not mean publishing data, it means making it accessible and comprehensive to all.