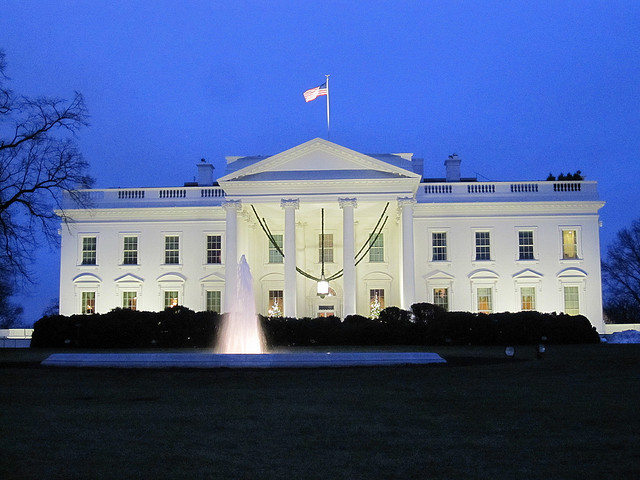 Today, the Obama administration released its second National Action Plan (NAP), the administration’s plan to promote transparency for the coming two years, produced as part of the international Open Government Partnership that the U.S. co-founded in 2011.

The Open Government Partnership is an international procedure for countries to discuss transparency reform, where messy, complex questions about integrity and accountability are simplified into discrete “commitments” that nations present publicly in a show of shared value, subject to some level of evaluation and critique. As we’ve written before, this international commitment process creates some valuable new opportunities for change, while also creating a bias toward incremental reforms that can be voluntarily implemented.

Given that background, the release of a new National Action Plan presents a complicated opportunity for domestic advocates. Offering a simplified evaluation of the President is probably least among them, since national action plans represent an amalgam of commitments: some are new, and some have been in progress for years; some are specific and measurable, and some are aspirational and vague; some important issues are covered, and some issues are absent altogether.

Since the OGP process itself offers little guidance on what makes a National Action Plan good, the question “Is this National Action Plan good?” isn’t particularly instructive. Better criteria would be “What is new here that did not exist before?,” “How meaningful is this commitment?,” or “Does this commitment create positive change?”. On those criteria, the US NAP earns mixed results, that vary enormously from one issue to another.

There are some new and meaningful commitments. The proposed FOIA advisory board and committee could be transformative, and commitments to greater transparency in the extractives industry extend the significant new commitments that began in the US’s last plan.

More disappointing are the commitments around spending transparency, which would build on existing efforts to improve federal spending transparency in Congress and the federal government, but offer only vague commitments. The National Action Plan also outlines a process to ensure federal agencies treat their data as an asset that should be open to the public, (long a Sunlight priority), but without adding much new detail to a process that is already well along its path.

And money in politics, like in the first National Action Plan, is missing entirely.

National Action Plans also represent complex struggles within governments. Action Plan drafting is delegated to a specific office or working group, which then has to meet with other agency officials, to extract feasible commitments on (hopefully) as many topics as possible.

This delegation issue has been a particular problem for the Obama White House. The most charitable characterization of Obama’s commitment to openness is that it has decayed from soaring rhetoric to a cautious incrementalism. Responsibilities once centralized among Senior White House staff devoted to transparency have devolved outward to Office of Science and Technology Policy (OSTP) staffers with less clout and backing, while the Open Government Partnership itself was initiated by national security and foreign policy staff, whose work was then handed off to domestic policy staff who had to live up to new mandates and promises. Add the heathcare.gov debacle, surveillance abuses, and complex domestic politics, and we get a White House with a weak and generally defensive political commitment to domestic openness. (Typified by an OGP keynote delivered by Secretary of State John Kerry addressing foreign policy goals rather than obviously pressing domestic issues OGP.)

That missing domestic political will doesn’t necessarily count against the National Action Plan, though. Given the limited political backing from the White House, what OSTP staff have managed to pull off in the new NAP is remarkable. For the National Action Plan to even manage to mention the Director of National Intelligence in a new Action Plan likely represents a sustained, persistent effort to force agencies to at least give lip service to openness, when they’d often rather be taking maximalist anti-disclosure stances.

So in evaluating the US National Action plan, we have another important baseline to consider — are we taking into account the amount of political will in the White House for domestic transparency reform? Unfortunately, if we imagine what a National Action Plan could be with a committed, engaged President, and senior political staff at the White House who discuss and engage with integrity issues, rather than treating them as political liabilities, we imagine a wholly different world. Incremental working groups and vaguely redundant reporting procedures would be replaced by bold proposals that affect political and state power, and we’d see a White House that talks more about the transparency we’re building than the transparency they use as a shield against critics.

That’s clearly not the National Action Plan the White House released today. But in its absence, we’ll take what we can get.