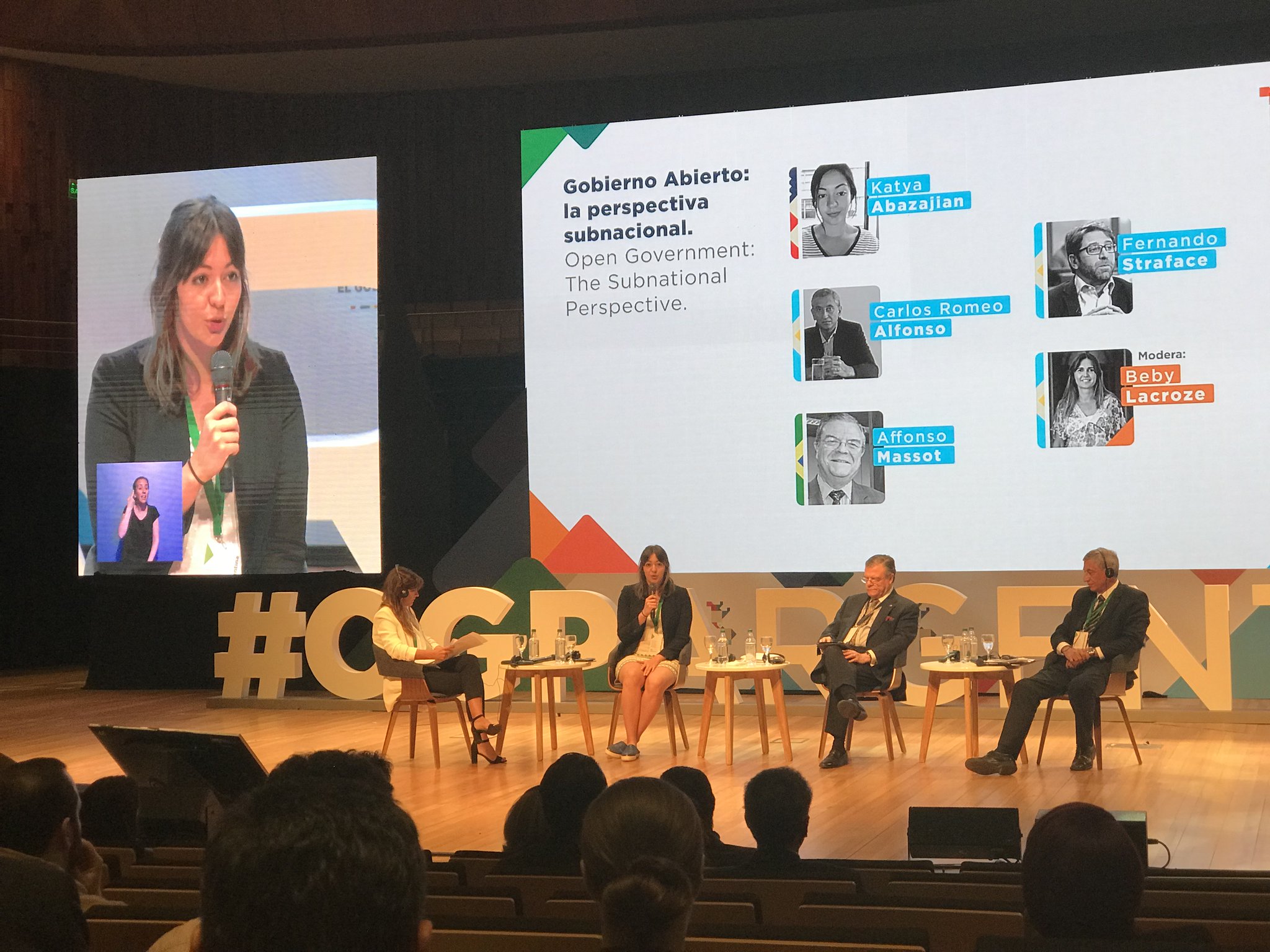 Cities have a crucial role to play in the future of engaging, transparent government, and that was on full display at this year’s Open Government Partnership (OGP) Americas Regional Meeting, held in Buenos Aires, Argentina on November 22 to 22, 2017. More than 2,000 attendees representing governments and civil society organizations from across the Americas attended the meeting. My colleagues John Wonderlich and Alex Howard and I were among them.

This year’s event included a new focus on issues at the subnational level and throughout the event, people agreed that cities are uniquely positioned to improve residents’ lives through open government.

The first day of the meeting was “Civil Society Day” and we talked about how to move from policy co-creation to co-implementation. The discussions focused on how governments can stop asking residents to participate as a way to just check the boxes, and instead include them as equal partners in policy development and implementation. This question has been a big part of our work over the past year with our What Works Cities partners. Many of those partners have used crowdlaw as a way to make the policy creation process more participatory.

Once policies are created and implementation gets under way, communities need to put open data to use. On the meeting’s second day I joined a panel about city open data across the hemisphere. One of the most poignant moments of that discussion for me was a question from the audience. “How do you measure resident engagement?” an audience member asked. That’s a question we still aren’t sure how to answer, but it’s absolutely something that city advocates as a community need to figure out.

I found over the course of the week that the open government community is, like us, thinking about how to shift from open data policies and portals to meaningful data-driven impact. Buenos Aires itself is home to some great examples of this in action. It’s a shift that has powerful implications for the great strides our What Works Cities partners have made over the last few years, and for our plans to continuing our work on Tactical Data Engagement (TDE).

Despite the clear benefits of including residents in open data work, many governments still struggle to get people involved. Woven throughout the conversations were recurring calls for governments to consider populations who aren’t necessarily benefiting from this new wave of modernization. Especially at Civil Society Day, participants called on fellow civil society organizations to speak out on behalf of indigenous communities in persistent and incredibly admirable ways. I was challenged to think more deeply about how our work might empower communities in U.S. cities that distrust government or lack access to government services. These frank discussions gave us new ideas for tactics, tools, and stories to include in our TDE work moving forward.

City open data was my focus at OGP but it wasn’t the only thing on the meeting agenda. Sunlight’s deputy director Alex Howard also joined the event’s official program to speak about threats to civic space around the world. Howard has posed important questions about whether participating in OGP is a way for countries to simply check a box in their own way, and the dangers that poses to democracy.

I was excited and energized by the level of interest among OGP attendees in meaningful civic engagement around open data at the local level. As we wrap up 2017 and focus on a new year of work on open government, I’m thinking about how to bring these ideas back to the U.S. cities making strides toward meaningful transparency and accountability.