Mark your calendar: Sunshine Week 2018 is coming up in two weeks! The annual celebration of open government was started by the American Society of Newspaper Editors more than a decade ago.

In 2018, Sunshine Week events and stories around the United States will once again highlight the importance of understanding and preserving open government, public access to information, and the role of the free press in democracy.

It’s no understatement to say that we’re facing a pivotal moment in America. The Trump administration has regressed on open government, from the amount of information available on federal websites to international leadership on transparency, accountability, ethics and press freedom. Across the United States, leadership on these issues has shifted to cities and states, many of whom are leading the way on open government.

In recognition of these current challenges and opportunities, we invite you to join us during Sunshine Week to discuss open government in the District of Columbia, the U.S. government, and the environment.

The State of Environmental Transparency 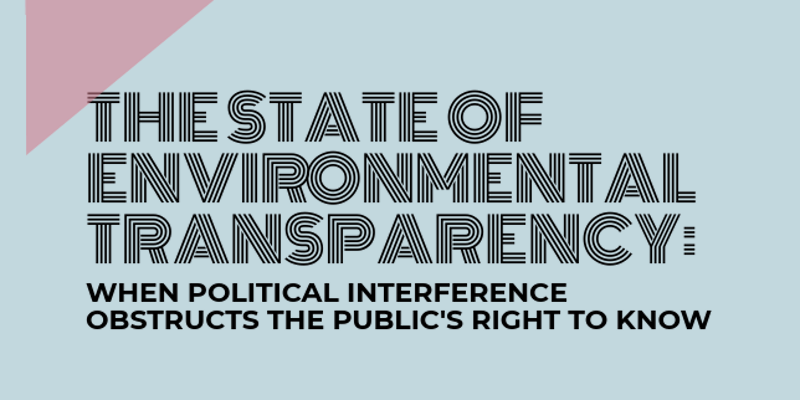 On Tuesday, March 13, 2018, Sunlight will convene a conversation on The State of Environmental Transparency, a deep dive into what’s happening across the worlds of environmental science, good governance, and the role of evidence in public policy and decision making. We are proud to be co-hosting this event with the Union of Concerned Scientists and the Project on Government Oversight. This event will be held at our offices at WeWork White House, from 6:00-8:00 pm on March 13. Registration is required.

The State of Open Government 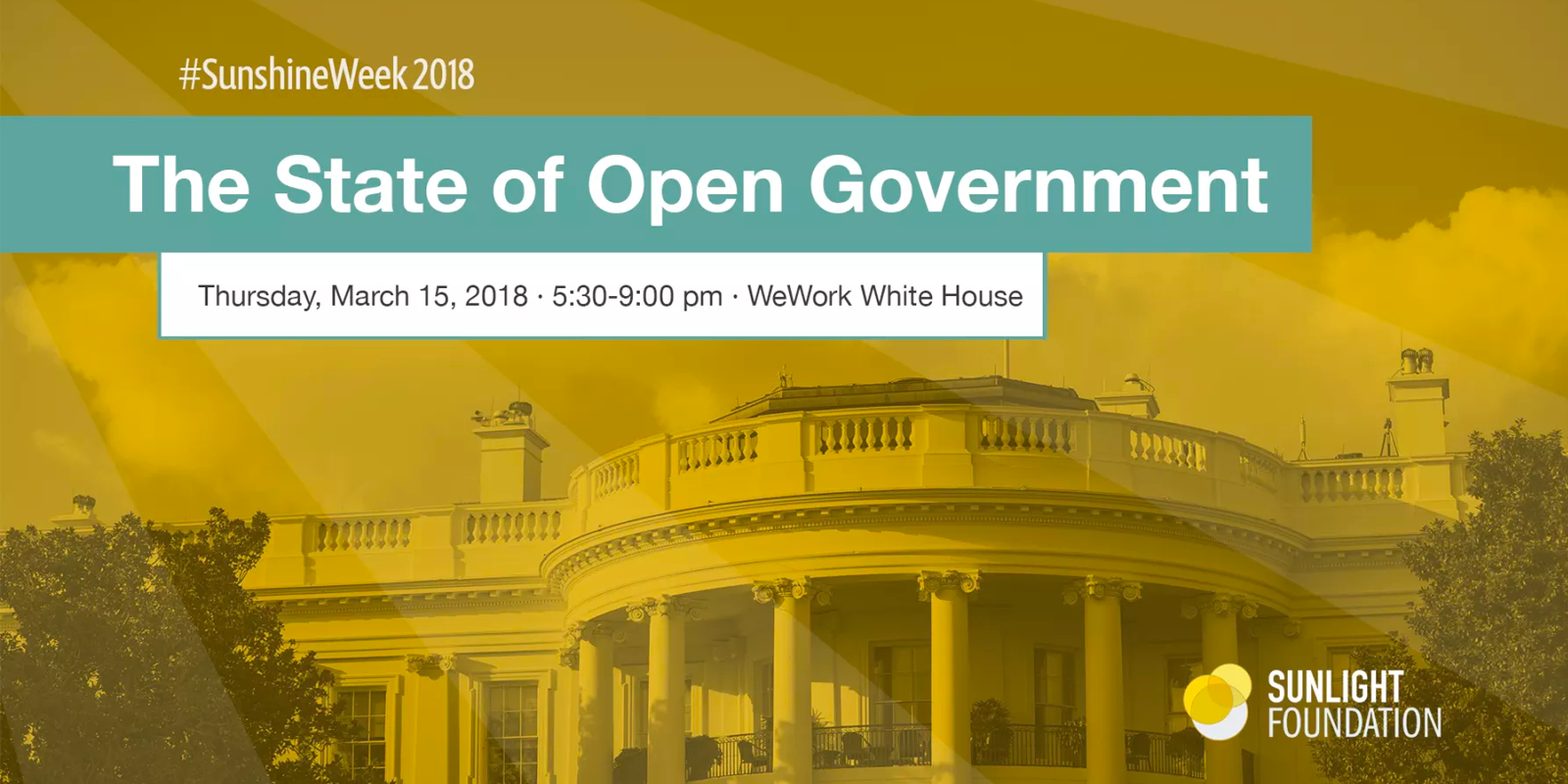 On Thursday, March 15, we’ll host The State of Open Government, a series of panels and talks about open government at the federal level as well as open data projects in the District of Columbia, followed by a reception.

Joining us to discuss federal challenges are some of the nation’s foremost experts on ethics and open government, including:

In addition, we’ll discuss open government data in Washington DC, and how community groups are using that data with:

Together, we’ll talk about federal transparency and engaging communities around open data. Bring your questions and ideas about where we’ve been and where our communities, states and nation needs to go next. This event will also be held at our offices at WeWork White House, from 5:30-9:00 pm on March 15. Separate registration is required.

Sunshine Week around DC and beyond 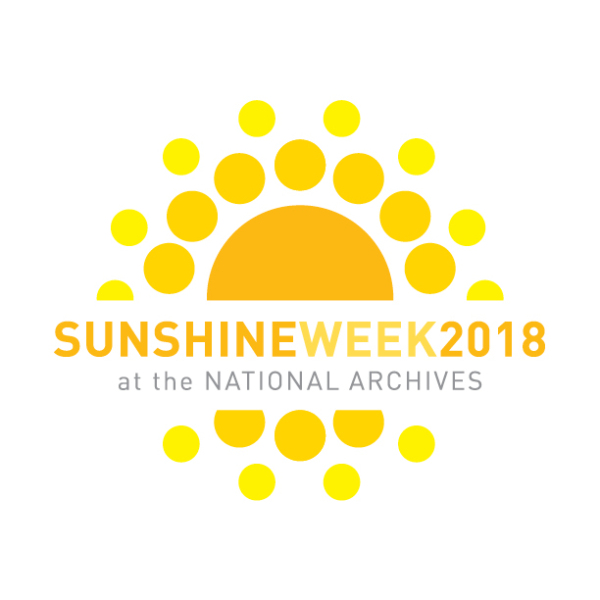 In addition to these two events at Sunlight, our deputy director will also moderate a panel about open data as part of Sunshine Week at the National Archives on Monday, March 12. The event will run from 1:00 pm and feature many of the nation’s leading open government advocates and civil servants committed to an open government of, by and for the people.

These are just a few of the many events happening as part of Sunshine Week across the country. If you are in DC, we hope to see you at one of the events listed above.

If not, we encourage you to join or organize an event near you, write or speak about freedom of information, and participate in sunshine in government all year long.

Whether you’re a journalist, advocate, activist, educator or citizen, access to information and freedom of expression are rights that we all enjoy and need to exercise.