This week, new details emerged showing Jared Kushner’s business ties to Citigroup and Apollo Management are “more extensive than initially reported,” the U.S. government released a copy of the check the Trump Organization sent to the U.S. Treasury Department, and the Philippines is planning to host a government-sponsored party at President J. Donald Trump’s Washington D.C. hotel. 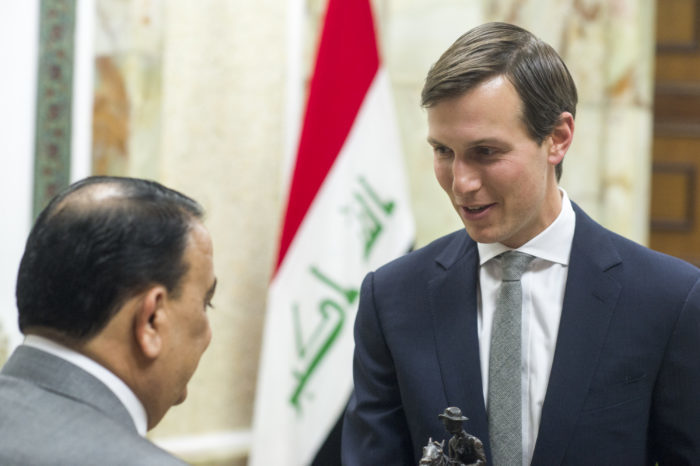 In an oversight letter, a group of top Democratic lawmakers released new information about two companies that provided more than $500 million in loans to Kushner Companies, Jared Kushner’s family business.

Business Insider highlighted the new details that, according to the lawmakers, show financial ties between the business and the companies, Citigroup and Apollo Management, are “more extensive than initially reported.

According to the information released:

The New York Times first reported about the loans in February. The information was provided by the companies after an inquiry from the lawmakers following those reports.

Both companies have said the loans are appropriate. Kushner resigned from the family business last year.

The lawmakers, Democratic Sens. Elizabeth Warren of Massachusetts, Tom Carper of Delaware, Gary Peters of Michigan, and Rep. Elijah Cummings of Michigan, the ranking member on the House Oversight Committee, are asking the companies to provide additional information by April 25.

Through a Freedom of Information Act request, the Daily Beast has verified the U.S. Treasury Department received money from the Trump Organization for profits the company received from foreign governments.

Last month, the Trump Organization said it donated $151,470 to the Treasury for profits associated with payments to its hotels and other businesses that came from foreign governments.

The Daily Beast received a copy of the check and a letter sent with the donation. According to the letter, the money does not have any conditions tied to it and is to be used for the general use of the federal government.

Critics argue there is no way to know how the Trump Organization came to this number or if it should be larger.

“There’s no transparency as to how they arrived at the number, how profits were calculated, or where the profits came from,” Jordan Libowitz, communications director for the government watchdog group Citizens For Responsibility and Ethics in Washington, told the Daily Beast.

“Even if they were giving the full amount, which we’re pretty sure they are not, it would not solve President Trump’s foreign emoluments issue, as the Constitution bans the mere acceptance of them,” Libowitz added.

Leibowitz’s organization filed a lawsuit against President Trump for violating the foreign emoluments clause of the U.S. Constitution which prohibits public officials from receiving anything of value from foreign governments, including foreign government-owned businesses, without the approval of Congress.

That lawsuit was dismissed in December because the judge argued the CREW lacked standing and only Congress could enforce the clause. CREW is appealing that decision. Another emoluments lawsuit, brought against the President by the attorneys general of Maryland and Washington, D.C., is ongoing.

According to a recent investigation by Forbes, two foreign government-owned companies pay $1,990,000 in rent annually to Trump properties. The Trump Organization said those payments and others like it are not included while totaling “donation of profits from foreign government patronage.”

Thanks. I’m not sure why news outlets write “White House ethics chief.” I think they get me confused with Norm and Richard. Another correction: The amount of the check Trump wrote to Treasury for his foreign govt income is not unknown. It’s a mere $151,470. For the whole year. pic.twitter.com/H75IjbOMJw 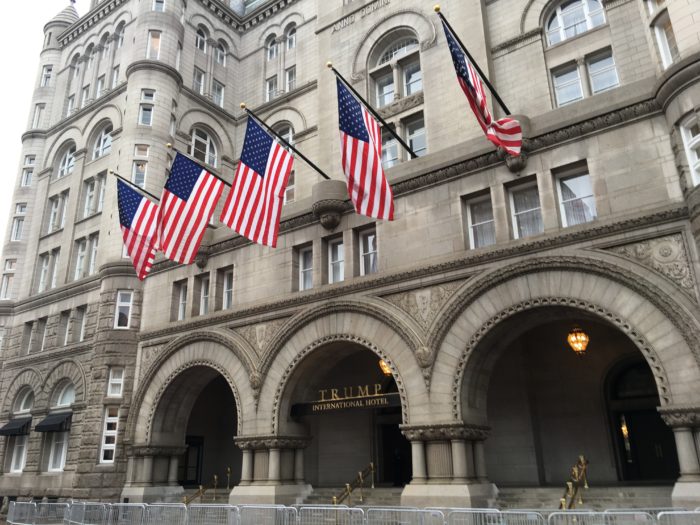 The U.S. Embassy of the Republic of Philippines will hold an Independence Day party at the Trump International Hotel in Washington, D.C., the day after a federal judge is scheduled to hear arguments that President Trump is violating the emoluments clause.

The next hearing in the emolument lawsuit against President Trump is scheduled for federal court June 11.

The attorneys general for Maryland and Washington D.C. brought the lawsuit against President Trump and last month a judge ruled it could continue to move forward.

Ethics experts are saying this raises concerns about conflicts of interest between President Trump and his role as president, and his businesses. The Sunlight Foundation has called for more transparency from the President in this area.

Americans were already angry, alienated & disenfranchised by a “pay to play” system of influence. @realDonaldTrump‘s failure to disclose & divest from @Trump has introduced “play to play” and “stay to play” to the international lexicon for corruption. https://t.co/1H5aC1dXZC

You can read more about why these conflicts matter here.