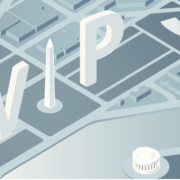 A contribution from Mike Klein, Sunlight Foundation’s Co-Founder and Chairman of the Board, enables the expansion of WIP’s work monitoring and reporting on federal website changes.

Beginning on the ninth day of Cards Against Humanity’s “Ten Days of Kwanzaa or Whatever,” people who bought their special set of holiday cards received a long scroll identifying who had contributed to their senators—on double-sided paper!

We are excited to announce four new winners of the Sunlight Foundation OpenGov Grants! Congrats to CodeAcross, the Detroit Ledger, Gasbie.com and Neighbor.ly!

Sunlight is very proud to share the news that the John S. and James L. Knight Foundation will award us $4 million over the next three years to increase our ability to make more government data more accessible, especially on the state and local level. With this new support, we will focus more on making more government data accessible to more and more people -- not just journalists and experts. This new funding from the Knight Foundation will undoubtedly go a long way toward giving us more resources to make online government transparency a reality, enabling us to continue to build tools to bring that data to the public and share with the growing open government community lessons learned from our work.

We’re excited to share the news that Google.org just announced a $2.1 million grant for Sunlight to expand our mission... View Article

As Americans watch their lawmakers bicker and pontificate on how to fix the budget, we thought it would be helpful to gather some of the possible services that would slow or stall if the government shuts down.

By now, you've heard of Diaspora, the Kickstarter-funded effort to build an open, privacy-minded alternative to Facebook. In recent weeks, helped by a widely-circulated New York Times article, the project has raised over $180,000 from 5,000 backers. Considering that the project, while well-thought out by four undergrads at NYU, has not produced a single line of code, these figures are surprising to say the least. But hoping for the best, assuming that this project does deliver something tangible and useful at the end of the summer, it would inform a workable funding model for open source software projects.