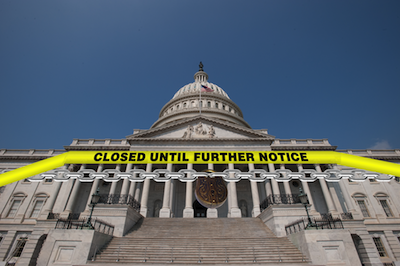 If the government shutdown had not occurred, today, November 1, would have been an important deadline for federal agency transparency. The first major deliverables to come out of President Obama’s May 2013 Executive Order “Making Open and Machine Readable the new Default for Government Information,” and its accompanying Office of Management and Budget memorandum on “managing information as an asset,” were originally scheduled for November 1, but that deadline has officially been pushed back to November 30.

The executive order and accompanying OMB memo demand progress from agencies on four key areas: instituting enterprise data inventories, releasing public data listings, creating mechanisms for public comment, and documenting if data cannot be released to the public. Over the coming week’s we’ll dig a little deeper into these areas, discussing what we hope to see come November 30.

President Obama’s Executive Order is the latest in a series of executive actions that have cleared the path towards open and useable Federal government data. This most recent step is the surest yet and, coupled with detailed guidance released by OMB and the Office of Science and Technology Policy, should allow agencies to confidently move towards open and machine readable data as their default.

The guidance, released in August, dives into four areas where progress from agencies is required.

Each agency must create an internal document which lists every data set, including nonpublic data sets, that the agency possesses. The agencies must use “common core metadata” – an agreed upon set of descriptive tags which will make it easier for people to search for datasets and for machines to read and provide analysis of datasets. The enterprise data inventory will be evaluated by OMB on the basis of completeness, usability, and openness. Over time, agencies may be required to add more information, make the data inventory easier to use and search, and make more data sets publicly available.

Each agency is required to create a process to engage with the public through its website (www.[agency].gov/data). The agency should incorporate public feedback regarding what formats are most useful for data release, as well as which data sets should be prioritized.

The enterprise data inventory and public data listing components, which Sunlight has been advocating for quite some time, represent some of the most important steps in the executive order. We are excited to see how agencies decide to implement them and hope that they learn from recent valiant, if flawed, efforts from New York, Chicago, Louisville, and other governments.

The guidance is sometimes bogged down in bureaucratic language, but when broken into plain english reveals reason to be hopeful as well as skeptical. Over the coming days we will be analyzing agency performance, looking at the ways that agencies can meaningfully improve transparency and comply with the executive order and OMB guidelines.

The delayed deadline of November 30 should not serve as an excuse for agencies to release weak updates that fail to meet these commitments. This extra time should allow agencies to learn from recent examples on the local level and make significant progress towards meeting the goals laid out in President Obama’s Executive Order.