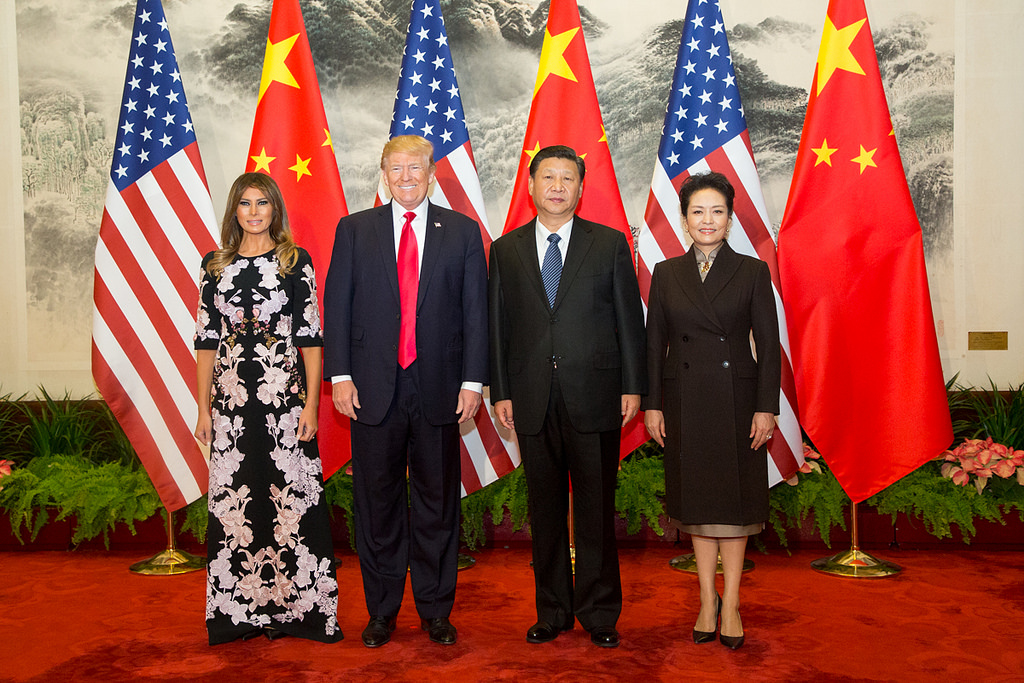 This week, Ivanka Trump received new trademarks from China for her collection of businesses, Democratic lawmakers are asking for an ethics investigation into the president’s ties to China, and Jared Kushner’s tech company is asking for money from a Saudi-backed fund.

Once again the business connections between the Trump family and China are raising eyebrows, putting the spotlight back on the debate of whether President Trump is profiting off his presidency.

The latest focus is on Ivanka Trump. As the New York Times reports, China approved seven new trademarks covering her name in the country, allowing “her to capitalize on her brand in the world’s second-largest economy.”:

While these are not the first trademarks Ivanka has been awarded in China (she now has 34 ranging from snacks and spices to bleaching preparations) the timing is curious.

Days before and after the trademarks were awarded to Ivanka, President Trump tweeted his support for Chinese telecommunications company ZTE and said the Commerce Department has been instructed to find a way to get ZTE “back into business.” ZTE was penalized by the U.S. Department of Commerce for selling American technology to Iran and North Korea, a violation of sanctions against those countries.

President Xi of China, and I, are working together to give massive Chinese phone company, ZTE, a way to get back into business, fast. Too many jobs in China lost. Commerce Department has been instructed to get it done!

Two days after that tweet, news came out that a Chinese state-owned construction company will build a theme park next to a new planned Trump development in Indonesia. Read more about those connections in May 17’s roundup.

Trademark experts said the timing appears to be a coincidence due to the timeline of when Ivanka applied for the trademarks (May 2016 and March 2017) and how long it took her to obtain previous trademarks from the country. Laura Young, a trademark lawyer at Wang & Wang, told the New York Times that Ivanka’s fame is likely to have helped her though.

“When a person is famous, and the examiners say: ‘Oh, I’ve heard of this person,’ it can be decided more quickly than if the examiner is not sure and has to consult others or go to a committee,” Young said.

The close connections between China and President Trump are now raising more than eyebrows.

In a letter to David Apol, the acting head of the U.S. Office of Government Ethics, more than 60 Democratic lawmakers are asking for an investigation into President Trump’s ties to China. On Twitter, Rep. David Cicilline (D-R.I.) said the request for the ethics investigation was prompted by President Trump “advocating for a Chinese company just days after China’s government gave his company a $500 million loan.”

NEW: Will be sending this letter with more than 60 colleagues to demand an ethics investigation into @realDonaldTrump advocating for a Chinese company just days after China’s government gave his company a $500 million loan. pic.twitter.com/EC2fbjz4gr

According to the letter, “the Chinese government’s loan provides a clear financial benefit to President Trump. Despite the nearly unanimous recommendation by legal experts that he divest from his business interests before assuming the presidency, he failed to do so, instead placing his adult children in charge of day-to-day operations.”

In the letter, the group of lawmakers said the loan may invoke the Emoluments Clause of the U.S. Constitution which prohibits public officials from receiving anything of value from foreign governments, including foreign government-owned businesses, without the approval of Congress.

A private fund with ties to foreign governments may soon be investing in a company owned by White House senior adviser and President Trump’s son-in-law Jared Kushner.

The Chicago Tribune is reporting that Cadre, a real estate technology start-up co-founded by Kushner, is seeking at least $100 million from SoftBank Vision Fund. The private fund receives capital from the governments of Saudi Arabia and the United Arab Emirates, with almost half of SoftBank’s $100 billion comes from the Saudi government’s Public Invest Fund and the United Arab Emirates contributing at least $15 billion.

According to the Chicago Tribune, “the involvement of Middle Eastern money also could be problematic given Kushner’s leading role as a policy adviser for the region — visible in his recent appearance in Jerusalem to herald the relocation there of the U.S. embassy. He has been involved in extensive diplomatic discussions with Saudi and Emirati leaders, supporting initiatives that benefit their countries and that punish rivals like Qatar, which had for years been a U.S. ally.”