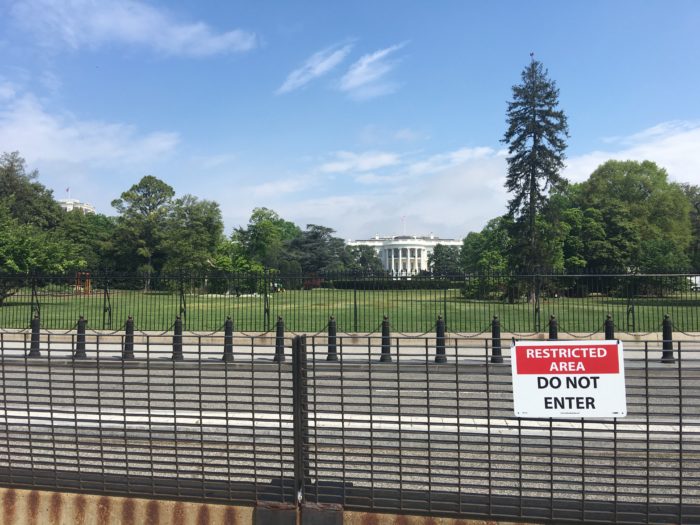 We’ve been tracking the Trump administration’s record on open government since Election Day 2016, when we first posed questions about what open government would mean. Although the Office of the Press Secretary never returned our inquiries, the administration’s actions have answered many of our questions. This is a secretive administration, allergic to transparency, shadowed by global conflicts of interest, hostile to the essential role journalism plays in a democracy.

In March 2017, Sunlight joined C-SPAN to make sense of the Trump administration’s record on open government for Sunshine Week, pulling together a list of examples for the producers that had established one of the worst records on open government in the first 100 days of an administration in American history, below, which we kept adding to in the weeks and months since.

The Trump administration’s bleak record on open government was once again subject to widespread national criticism during Sunshine Week 2018. From a blistering editorial from USA Today to a bleak report in the Washington Post on the “information darkness” of the Trump administration, the assessment of regression was unanimous.

At the beginning of the week we joined Public Citizen, Open the Government and others open government advocates in highlighting an “eclipse” of sunlight over the past year with some transparency art at the Justice Department headquarters in DC. You can see the animation above.

In sum, the record now includes the most ignominious collection of denunciations that we’ve seen in modern history of an American presidency. The record now includes failures across transparency, accountability and ethics at home, and an international record that has undermined press freedom (CPJ), anti-corruption efforts, trust in the United States government, the word of the President, and the office of the presidency itself.

As we have highlighted from Inauguration Day onwards, this administration has consistently shadowed the public’s right to know, online and off – unless that transparency was used against its political opponents or to attempt to cast doubt on the legitimacy of the investigation into his campaign.

In the CNBC video embedded below, you can see nine ways Trump won’t embrace transparency.

Sunlight’s Record of the First 100 Days:

Please send us your stories of more positive or negative examples of transparency and accountability under President Trump.