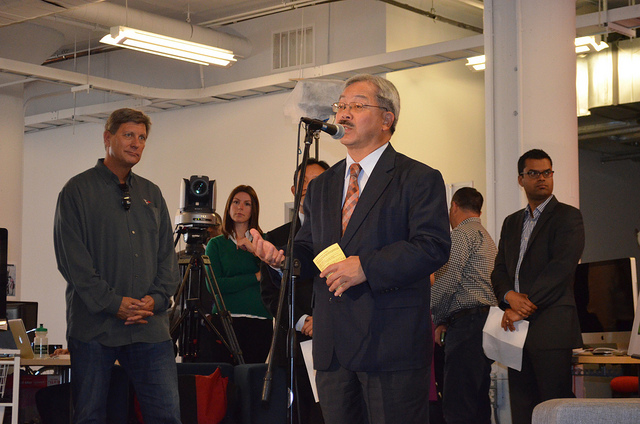 Since the release of Sunlight’s Open Data Policy Guidelines last June, Chicago, Madison, Montgomery County, and Utah have all enacted open data laws, and the states of Hawaii and Ohio are both in the process of enacting open data legislation. However, the recent amendment of San Francisco’s two-and-a-half-year-old open data ordinance (ancient in the open data policy world) demonstrates a new frontier for these policies: Evolution.

San Francisco is unique in having been one of three cities to have an open data policy enacted before the federal Open Government Directive and in being the only city that has revamped their open data policy not once, but twice: first in 2010, expanding their bare bones 2009 executive order into a longer, more robust administrative code, and for a second time in late March 2013, amending the administrative code language.

Sunlight identified in our Open Data Policy Guidelines the importance of future review for potential changes to policy and law, and we were glad to see that San Francisco’s most recent amendment not only incorporated many more of Sunlight’s Guidelines, but also broke ground in the United States municipal open data policy world — arguably taking the title from New York City. Of significance, San Francisco’s amended ordinance creates new oversight authority to review implementation of their open data policy requirements (Sunlight guideline #27) by creating the position of Chief Data Officer (CDO) and requiring the appointment of Department Data Coordinators (DCs) to assist in the implementation of San Francisco’s open data policy. The CDO is tasked with working with DCs to create an open data plan for each Department including: “a timeline for the publication of the Department’s open data and a summary of open data efforts” (#22) and “a summary description of all data sets under the control of each Department” (#18). The CDO is also responsible for creating an annual citywide implementation plan, while each department is delegated to conduct quarterly reviews of their progress, the combination of which sets up procedural expectations that help ensure data quality (#17). The amended language also calls on the CDO to produce analytics on the use of San Francisco’s data portal, DataSF, (as recommended by guideline #32 and incredibly important in determining usefulness and in cost benefit analysis), but unfortunately does spell out specific requirements of these analytics.

San Francisco also continued to practice Sunlight-recommended guidelines by incorporating public perspectives into the policy implementation (guideline #31), by hosting public meetings and hosting the amendment language on GitHub during the legislative process. It continued appealing to values and goals, such as accountability, efficiency, employment and commerce, innovation, civic engagement, and public services provision (guideline #29) in the introductory language of the amendment that identified social and economic benefits such as: “empowering citizens through democratization of information and fostering citizen participation in City projects” and “supporting early stage entrepreneurship” and also recognized the promotion of public-private partnerships as a benefit from an open data policy (#14).

There are still plenty of Sunlight’s Guidelines that San Francisco has not hit this time around and still much more room for Philadelphia, New York City, or any city to claim the title of “open data policy champion.” Most notably there is no mention of requiring that data must be released in open (aka machine-readable) formats (Sunlight’s #1 guideline!). Additionally, there is no mention of electronic-filing (#3) or systems to facilitate the generation of electronic formats. Moreover, since the rules and standards of implementing the open data policy are determined by the CDO and not explicitly stated in the law, it remains to be seen whether the Sunlight Guidelines recommendation of the release of new government information, all public information, bulk data, the digitization and distribution of archival materials, and contract awards (#2, #4, #7, #16, #25, respectively) will take place — and whether, more technically, the data released will have permanent links (#6), public APIs (#8), restrictions in terms of release or reuse (#9, #10), mandatorily required unique identifiers (#19), metadata included (#19), or that the code used to create these websites and tools be open source (#20).

San Francisco could also mandate future review for potential changes to its open data ordinance (last, but not least, Sunlight guideline #33) to ensure it remains on the cutting edge of open data policy and keeps pace with quickly evolving technologies and policies.

Not every policy will get everything right the first time — and we shouldn’t always expect them to. This is why San Francisco’s work is significant: Policies that are iterative — that evolve over time based on experience, best practices, public feedback, and an awareness of change — may better adapt to the political and social environments they inhabit and may even better address the needs of the public.

As Sunlight dives deeper into our local focus, we will continue to watch the way open data policies change — both within and across municipal borders. You can find a living collection of some of our research into municipal open data policies, including some work collected at Code for America’s Civic Commons, here. We will continue to add to this resource and welcome any feedback and analysis.