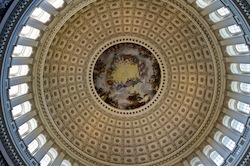 Last night the House took an important bipartisan step towards greater government transparency by passing the Digital Accountability and Transparency Act, H.R. 2061 (DATA Act) on a near unanimous vote.

The DATA Act will significantly improve the transparency of federal spending data, as well as make it easier to use, by instituting strong, government-wide financial data standards. It will also ensure that more, and more accurate, data is made publicly available.

Last week, the Senate Homeland Security and Governmental Affairs Committee passed its own version of the DATA Act. It is now poised for passage by the full Senate in the near future. The two bills are not exactly the same, but we are hopeful that both houses will pass the DATA Act and move to reconcile their differences, perhaps by appointing a conference committee.

The DATA Act is a vital piece of legislation that will enshrine lessons learned from previous efforts to track federal spending into law. It should also address some of the problems with Federal spending data uncovered through our Clearspending project.

Things have been moving quickly with the DATA Act over the past few weeks, if you want to stay up to date on the latest developments you can track the House and Senate versions on Scout, the Sunlight Foundation’s legislative tracking tool.

We applaud the House for working in a bipartisan manner to pass the DATA Act and hope to see it signed into law soon.