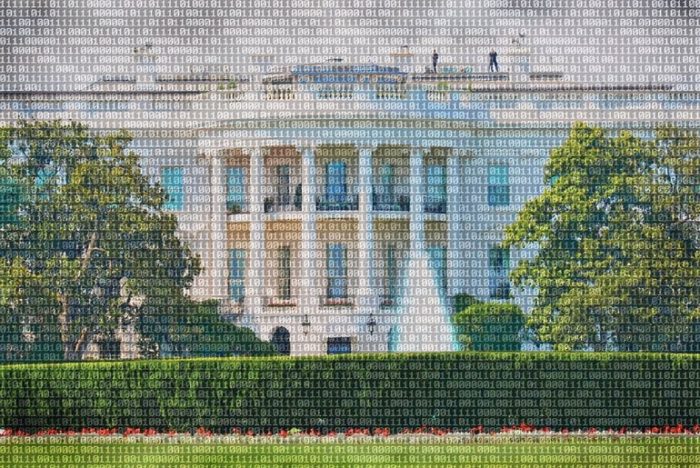 As 2018 begins, the big tent of open government holds both promise and peril, as nationalism, populism, low trust in institutions, and voter anger and apathy put years of gains at risk. We continue to see meaningful ways for better laws and policies to enable more open, accountable, ethical and effective governance at every level of government though the civic uses of technology, but it would be disingenuous to see the present through rosy glasses. (We watch Black Mirror, too.) 2017 was a bad year for Internet freedom, from the repeal of net neutrality in the USA to censorship, shutdowns, surveillance, and the poisoning of civic discourse online.

On the one hand, sunshine laws, investigative journalism and the resilience of advocates and watchdogs around the world have held governments at all levels accountable, despite closing civic space and press freedom. Cities are leading the way on open government, passing modernized access to information laws and policies and fostering cultures of evidence-based public policy.

On the other, open government reformers have warned of growing threats to democracy for many months now, with nations that once advanced ambitious visions for transparency and accountability now mired in corruption scandals and led by anti-democratic politicians. We see global headwinds blowing against political transparency.

Sunlight plans to blow back. Our 2018 policy agenda for the federal government highlights changes that can be made in the executive and legislative branches. This year, we will be working both to defend open government progress and advance reforms as President Donald J. Trump begins his second year in office, shadowed by scandals, corruption, secrecy and global conflicts of interest. We will push the 115th Congress to adopt reforms to make our politics and government more open and ethical, from mandating presidential tax return disclosure to adding disclaimers and disclosures to online electioneering to updating federal ethics laws to overseeing data integrity and public records laws.

We expect to confront fresh challenges posed by emerging technologies as well, making sense of how sunshine laws should adjust to novel context. In no particular order, here are eight areas that the press, public and governments have asked us about in recent months, with some thoughts about how lawmakers and regulators should adjust.

The planetary scale platforms that are the public squares of the 21st century are hosted and run by private companies, not governments. This isn’t a new dynamic, but it’s a reality that governments everywhere have to confront and adapt to in 2018. As ProPublica reported, hundreds of local, state and federal politicians in the United States are blocking their constituents on Twitter. It’s clear that officials and politicians are engaging in this anti-democratic behavior around the world. As we highlighted last year, while there are practical challenges to making sense of millions of emails, tweets, call or letters, blocks are not the solution to filter failure. Every civil servant or elected official should stop blocking constituents, from the president to local councilors. For their part, technology companies should strive to be transparent about government requests for user information or requests to suspend or censor accounts or pages, including why a given decision was made.

The Internet of Things

In North America, Toronto may be ground zero for the intersection of urbanism, data analytics and corporate surveillance, as Sidewalk Labs moves to create a “city of the future.” As “smart city” initiatives move forward around the world, democratic states need to ensure that the consent of the governed is not an afterthought for the installation of systems that measure not just what websites people visit but how they move around civic spaces, interact with objects or infrastructure. The potential of these technologies to improve industry, government and cities is real, but so are risks to privacy. Cities and government services should be designed around the needs of humans, which means public consultation and democratic ownership of public data can’t be an afterthought.

The extraordinary devices that billions of people now carry in our pockets carry with them great power and great responsibility, enabling the public to access information, record videos that document injustice, engage in networked protests and campaigns.  People can report issues, watch hearings, interact with representatives, participate in budgeting decisions and debates, and much more. In states that have modernized their infrastructure, they can even register to vote. The challenge is that these devices also are surveillance powerhouses, logging locations, communications, contacts, searches, and browsing behavior. Modern democratic states need to ensure that law enforcement agencies always gets a warrant before accessing a given device or intercepting the data on it, and that the rights the public has to record the activity of police are upheld.

In 2018, many more people have heard of Bitcoin, the digital “cryptocurrency” that has exploded in value over the past year. Its emergence means that there’s a new way for politicians to take donations or speculate. As a result, official ethics disclosures should include now cryptocurrencies, as with other assets.

The hype around Bitcoin can obscure the more fundamental innovation powering it, the distributed ledger system known as the “blockchain.” Whether this year is the one in which blockchain is actually applied by governments remains to be seen, but we’re monitoring the blockchain programs in action in the federal government and will be keeping an eye on efforts to apply it elsewhere for land records or laws. The challenge is that the blockchain is radically transparent, which is both a strength and a weakness: while many public sector transactions can and should be fully open, it’s not hard to see how that dynamic could pose privacy risks for the public.

The next frontier for freedom of information laws around the world is code. Whether code is used by a city, state or nation, it’s incumbent on public officials to avoid prejudice in in data-based decisions.  Algorithmic transparency laws or reforms will extend a public’s right to access public information to the code used in commerce and governance — and it’s already a reality in France. Governments everywhere should start considering how to ensure that algorithms used by the public sector to make decisions or deliver services are just, ethical, equitable, and transparent. We were glad to see New York City commit to open data and open code in 2017, but the law in question is flawed. Where proprietary intellectual property is a barrier to public disclosure, regulators must still have access to audit private sector code when it is used by governments to make decisions, from regulation to criminal justice.

Technology companies should publish political ad files online, but that’s an insight from the last decade — even if regulators and legislators are just catching up to bringing disclaimers and disclosures into the 21st century now. As more political activity moves online and the connected public reads, shares and comments on ubiquitous smartphones, disclosure of who is being paid to influence electorates and lobby for industry or foreign nations has become more important. Reforms to the Foreign Agents Registration Act and state and federal lobbying disclosures are long overdue, including modernizing paper-based systems and websites. Eventually, a unique identifier for each registered lobbyist or foreign agent served through application programming interfaces could be associated with online political activity and linked to a universal disclaimer icon.

As I wrote last month, companies that continue to allow bots – automated accounts – should consider how well they cohabit with democratic discourse. The emergence of fake and fraudulent comments in official rulemaking — most prominently at the FCC —  poses a genuine threat to the use of the Internet for rulemaking, collaborative drafting of policies or legislation, and free speech, as anyone who has been swarmed on Twitter can relate. A bot registry with disclaimers and disclosures is one approach that tech companies could pursue, which could give the public “human-only” tabs on social media, but that would only address part of the problem: ultimately, policymakers need to figure out how to provide trusted identities for the public to use online if the civic potential of the Internet is to be fully realized. At minimum, regulators and legislatures should take meaningful steps to address automated activity in rulemakings and campaigns in the year to come.

This list of emerging technologies is neither comprehensive nor exhaustive. As always, we welcome your comments, ideas and suggestions as to what we’ve missed.