In December 2016, anticipating the need for a non-governmental group to help monitor important online resources on behalf of the public and provide context for changes that might occur, we took leaves of absence from our Ph.D. programs in applied physics at Harvard University to help lead the Environmental Data & Governance Initiative (EDGI), helping launch and lead the Website Monitoring working group. EDGI is a nonprofit, nonpartisan organization that promotes open and accessible government data and evidence-based public policy making.

We have been busy.

Only a week into President Trump’s administration, documents and information about international climate accords and clean energy agreements had already been removed from the Department of Energy and the State Department websites, signaling policy shifts ahead. These changes occurred after the routine changeover of WhiteHouse.gov on Inauguration Day. Upon taking office, the Trump administration’s new site did not include information and documents pertaining to climate change and LGBT rights in its updates, in addition to leaving WhiteHouse.gov missing basic information about government. The previous administration’s pages, documents and open data remain accessible at the Obama White House archive.

The events confirmed concerns that many scientists and researchers had expressed during the presidential transition: that the Trump administration might remove scientific data and alter government websites, or that they might be able to manipulate government data and defund or otherwise damage or erode open data initiatives. Widespread fears of information removals sparked the DataRescue movement to preserve federal data and bolstered existing initiatives like the Internet Archive’s End of Term Archive. As we explain in our second post, while we have seen major changes to websites and reductions in access to public information, we have not seen removals of open data, with the exception of the series of datasets on animal welfare removed from the Department of Agriculture (USDA) website. (After public outcry and lawsuits, the USDA has put some of the data it removed back online.)

In addition to monitoring changes to federal websites, EDGI has worked to help preserve government data, evaluate the impact of the Trump administration’s environmental policy actions through interviews with agency employees, and respond to changes in agency processes and information governance. The work of EDGI’s Website Monitoring working group has yielded an ongoing series of reports, 20 thus far, about changes to Web content and reductions in access to Web resources. This research has been the source of stories at The Washington Post, The New York Times, ProPublica, Climate Central, E&E News, and other outlets.

This coverage and related advocacy by groups like Sunlight has increased public awareness of the risk to public knowledge and the need for oversight of changes to Web resources by Congress and agencies. Together, these efforts have helped draw attention to and demonstrate the need for proposed legislation like the Preserving Data in Government Act. 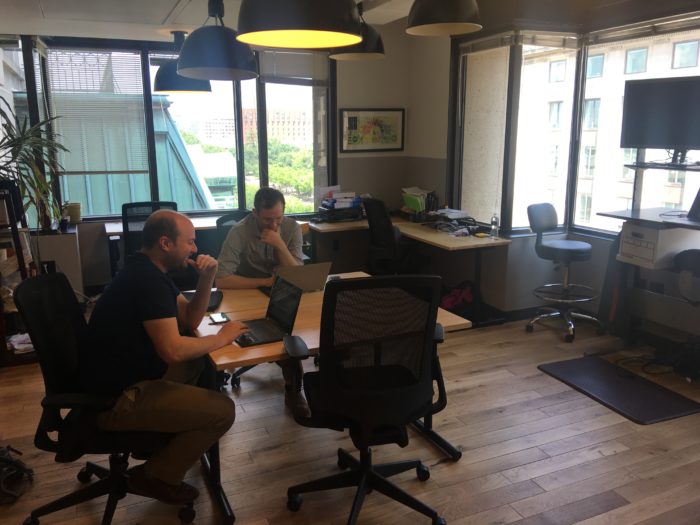 As we continue our work at EDGI, we’re very excited to have begun work as Fellows at the Sunlight Foundation this August. Before we return to our studies, we have several goals for our fellowships at Sunlight:

1) Writing about changes to government websites, which affect the public’s capacity to benefit from taxpayer-funded public resources and use those resources to hold their government accountable. Beyond exploring the significance of these changes, we also plan to evaluate existing agency practices and guidelines for handling Web resources, current and potential federal statutes, standards for Web content and data, and misrepresentations in the media regarding changes to data and resources.

2) Creating a robust vocabulary and classification of changes to Web content and access. What is the difference between healthy turnover of information on federal websites and and an undue removal of public information? What constitutes an unwarranted reduction in access to resources? When is a resource really “deleted”? What’s the difference between data, ephemeral information such as sentences or images, and other forms of Web content and how should our policies on record management and archiving reflect those differences? We will develop a language and specific categories to classify the ways in which Web content can be altered so the public can have a better informed conversation about its rights to information access and how those rights are being infringed upon.

3) Researching and piloting a sustainable system for monitoring important Web resources on federal government websites outside of the environment, energy, and climate domains. We’ll help research and explore ways to monitor Web content across all federal .gov domains, including government websites pertaining to civil rights, the criminal justice system, immigration, health care, foreign aid, transportation, and labor. Using our system of classifying changes, we’ll also expand the scope of Sunlight’s data tracker, in addition to helping maintain it, to be able to keep track of the different types of changes we’ve identified.

Overall, the substantial reductions in access and changes in language that we’ve seen reflect shifting administration and agency priorities and a push to quash information that doesn’t advance those priorities. By obscuring the obligations and past successes of the federal government in improving citizens’ well-being and reducing access to information about topics like climate change, renewable energy, and clean water, some changes to websites have made it more difficult for the public to hold our government accountable. We look forward to working with Sunlight to inform the public about what’s happening to public information online in the months ahead.